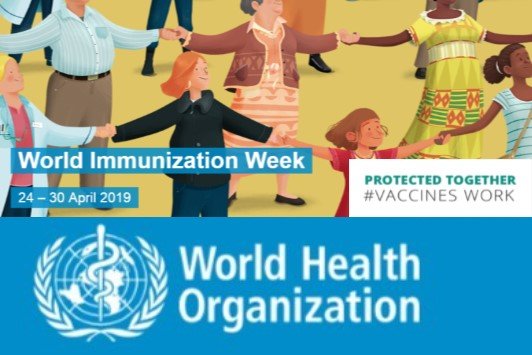 As part of European Immunisation Week, which kicked off on Wednesday, the Prince’s Government is reminding everyone that vaccines are effective and everyone of all ages should be vaccinated.

Organised by the World Health Organization, European Immunisation Week runs from 24th to 30th April, with the aim of raising awareness about vaccines and promoting their use.

“Each year, vaccination makes it possible to prevent a large number of contagious diseases and reduce their effects, and also to avoid contamination of the rest of the population, via herd immunity, which is essential for protecting the most vulnerable,” said the government in a statement.

“It is the best and sometimes the only protection against certain rare but serious diseases.”

The theme this year is Protected Together: Vaccines Work!, and the campaign will celebrate Vaccine Heroes from around the world, from parents and community members to health workers and innovators.

In 2017, the number of children immunised – 116.2 million – was the highest ever reported. Since 2010, 113 countries have introduced new vaccines, and more than 20 million additional children have been vaccinated.

But despite the gains, all of the targets for disease elimination including measles, rubella, and maternal and neonatal tetanus, are behind schedule, and over the last two years the world has seen multiple outbreaks of measles, diphtheria and various other vaccine-preventable diseases. Most of the children missing out are those living in the poorest, marginalised and conflict-affected communities.

“In order for everyone, everywhere to survive and thrive, countries must intensify efforts to ensure all people receive the lifesaving benefits of vaccines,” said WHO. “Additionally, those countries that have achieved or made progress towards the goals must work to sustain the progress they have made.”

The main goal of the 2019 campaign is to raise awareness about the critical importance of full immunisation throughout life.