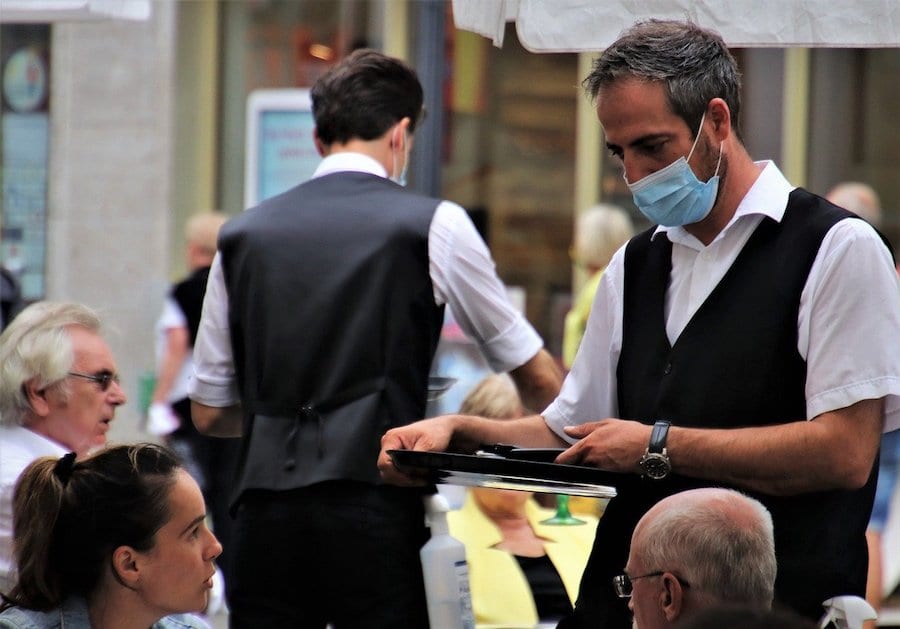 New third quarter figures show that an uptick in activity over the months of July and August was not enough to improve Monaco’s economic situation, with almost all sectors in the Principality showing significant losses.
Monaco’s statistics body IMSEE released its third quarter report on Tuesday, detailing activity in all sectors of the Principality between the months of July, August and September 2020.
It shows that Monaco’s economy, like the rest of the world, continued to feel the impact of a health crisis that remains fragile and uncertain.
At the end of September 2020, the Principality’s turnover year-to-date, excluding financial and insurance activities, amounted to €9.76 billion. That is €1.2 billion, or 11.5%, less than in 2019. Not surprisingly, accommodation and food services experienced the largest drop of 51%.
Foreign trade
The overall volume of trade, excluding France, was down significantly and while purchases halved, sales did hold up better, falling only by a quarter.
Transactions with the European Union declined by 39%, while trade plummeted by 47% outside the EU. Italy remains Monaco’s main commercial partner with 18% of sales and 35% of purchases.
Outside the European Union, Switzerland is Monaco’s number one customer with exports there up 51%. China is Monaco’s leading supplier, with imports increasing by 28%.
Trade with the United Kingdom fell by 75% for imports and 58% for exports but still remains a significant partner.
Turnover
Only two major sectors of activity (GSA) bucked the downward trend: Scientific and Technical Activities, Administrative and Support Services which continued to increase by 31% (+€444 million), and Other Specialised Activities, which saw growth of €770m or 670%.
Travel Agencies suffered a 75% drop in turnover, or €133 million, and wholesale trade revenues dropped by €487 million.
Revenue was significantly down in the accommodation and catering sector, with €338 million, or 51%, less than the same period last year.
Finance
The amount of assets managed by banks decreased over the previous 12 months by 3%, while the amount of loans remained positive (+ 5%). Deposits also fell by 2%. Over the third quarter of 2020, there was a slight decrease in the amount of assets under management (-1%) due to an outflow of nearly one billion euros over this period.
Private Sector Employment
The CTTR temporary unemployment system cushioned the fall in unemployment as soon as it was put in place in March 2020. At the third quarter, the number of jobs stabilised, though still sat below 2019 levels, as employers made less use of the CTTR.
There was a total of 53,587 jobs in September, which is a decrease of 4,454 jobs (-7.7% compared to September 2019), however it was a 2.3% improvement compared to the second quarter 2020.
At the end of the third quarter, only 540 jobs remained in CTTR compared to 9,386 in April.
Accommodation and food services was the most affected sector, with a loss of 2,218 jobs compared to 2019 (-23%).
New enterprises
In Q3 2020, new enterprises were down 527 compared to 682 in Q3 2019. Despite a gradual recovery from May and a return to normal in July and August, the number of new businesses plummeted in September: only 50 in 2020 against 104 a year earlier. In all sectors, new enterprises were down compared to the previous year, with the exception of construction, which remained even.
Real estate saw the biggest impact, with 57 less registrations in Q3 2020 compared to 100 in Q3 2019. Outside of Covid, this drop is a result of a January regulation capping the number of real estate agents in Monaco.
Hotel industry and cruises
Unsurprisingly, the hotel industry continued its decline. The hotel occupancy rate reached 30% on 30thSeptember compared to a 70% occupancy rate over the same period in 2019.
The summer period failed to compensate for the dismal second quarter or for the decline seen in September.
There were 53.7% less visitors to Monaco than in 2019, while room occupancy more than halved at -57.2%. There were more European customers this year (75.6%) due to international travel restrictions, and a ban on cruise ships meant there was just one cruise stopover and 1,105 passengers since the start of the year.
Real Estate
The number of property sales was very much down compared to 2019. The good results of the third quarter (seven transactions) did not make up for the delay accumulated since the beginning of the year (four transactions for the first two quarters).
In terms of volume, the real estate resale market decreased, with 20 transactions less than the previous year. Value wise, property indicators fell sharply by 21.5% due to the type of properties sold – 11 villas or buildings were sold in 2019 while only four such transactions were made in 2020.
“What is important today is the recovery plan with certain immediate effects such as the injection into the economy of 5.5 million euros through the Red and White Fund,” said Finance and Economy Minister Jean Castellini during a press conference on Tuesday, “as well as the Carlo application, the continuation of the CTTR to relieve businesses and of the CARE (Support Commission for Economic Recovery).”