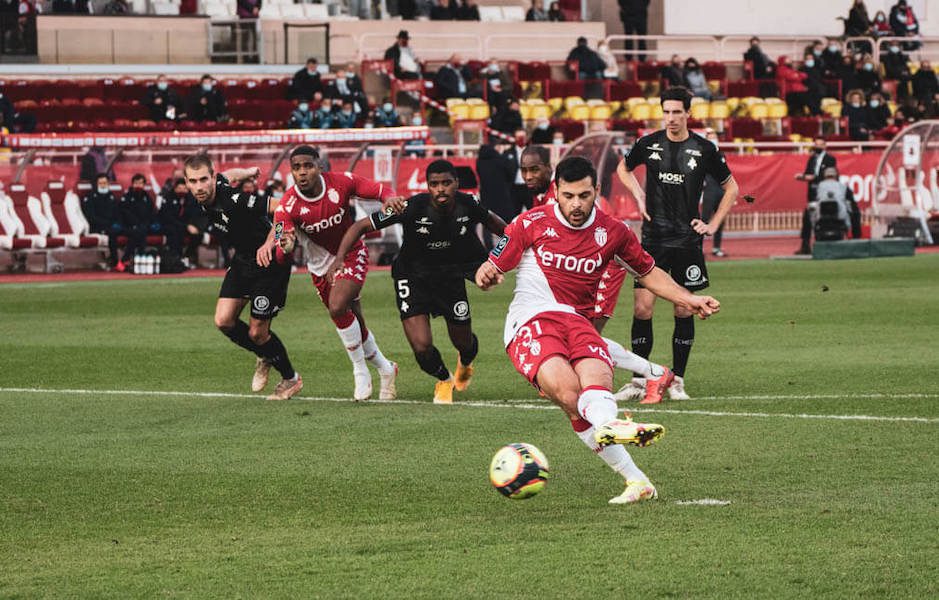 AS Monaco continued on their recent upward trajectory with a comfortable 4-0 victory at home to Ligue 1 strugglers Metz, leaving Nico Kovac’s men just a point off the European places.
Having subjected Angers to a comprehensive 3-1 defeat in midweek, Kovac’s side have now registered seven goals in the last two matches, after a relatively barren spell in front of goal.
Monaco’s energetic high-press, which was so key to their midweek victory, was once again on show here on Sunday, and reaped immediate rewards. Within 90 seconds, Myron Boadu’s closing-down of the Metz goalkeeper forced a rushed clearance. Pushed up and primed to intercept was Aurelien Tchouameni, who advanced the ball to Gelson Martins. He, in-turn, set up Sofiane Diop, who swivelled and made a well-placed shot into the bottom corner.
Despite Monaco’s domination, Metz had a glaring opportunity to equalise when captain Dylan Bronn found himself unmarked, just six yards out, but he could only head wide when it seemed easier to score.
Monaco punished them for that miss as Kevin Volland sent Metz goalkeeper Alexandre Oukidja the wrong way from the spot on the stroke of half-time, after Metz were adjudged to have handled in their own box.
Gelson Martins, who has looked right at home in Kovac’s recently implemented 4-2-3-1 formation, managed to bundle one over the line early in the second-half, despite the best efforts of the Metz goalkeeper.
Having scored the third, the game drifted towards its inevitable conclusion; Metz failed to muster any considerable threat, and Prince Albert II, as well as over 1,000 youngsters who were invited to the fixture, watched-on as Monaco strolled to victory.
Before the final whistle, however, the near 5,000-strong crowd were treated to one more moment of excellence. Substitutes Aleksandr Golovin and Wissam Ben Yedder, combining for a classy goal late-on, the Russian back-heeling to the French international, who cut inside and curled beautifully into the corner, putting a sheen on the already emphatic result.
Post-match, Kovac reflected on what has been a positive week for the Principality side: “It was a very good performance on our part today. We dominated the match, and Metz didn’t even have a shot on target. It is therefore a really good week for us.” 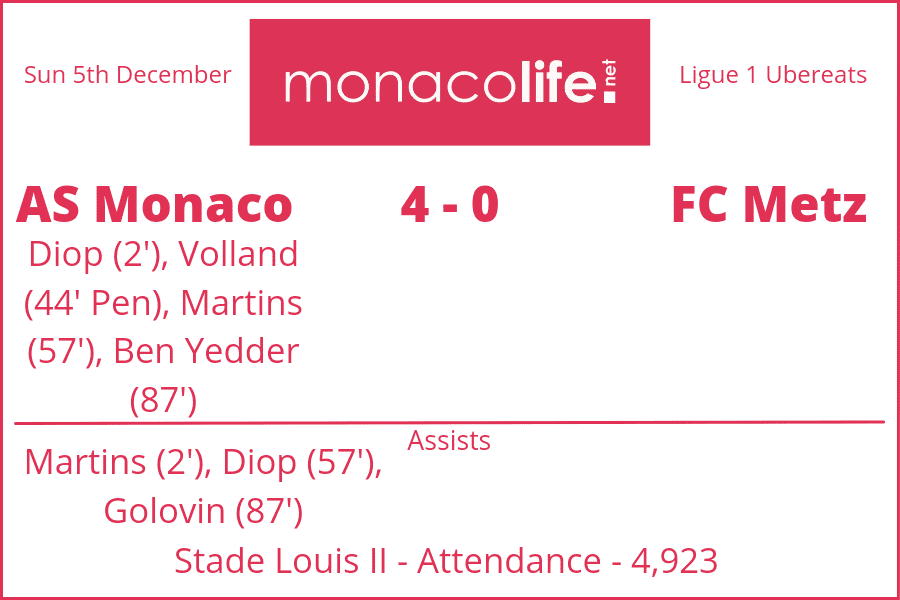 The consecutive victories leave Kovac’s side in a much more positive league position going into difficult matches against PSG and Rennes in the league. “We’re climbing up the table little-by-little, which, apart from PSG who are playing their own championship, is very close. Lots of teams are capable of fighting for European places.”
Next up, AS Monaco head to Sturm Graz in Austria in the Europa League on Thursday, with progression to the knockout stages already secured.