Inauguration of the new Consulate of Monaco in Düsseldorf 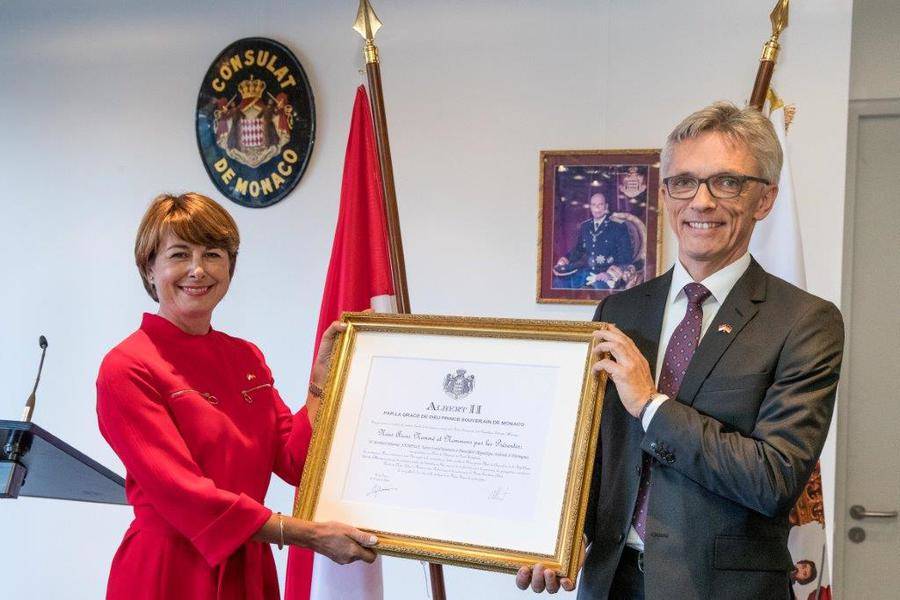 On 14 November, HE Ms Isabelle Berro-Amadeï, Ambassador of Monaco to Germany, accompanied by Mr Lorenzo Ravano, First Counselor, went to Düsseldorf, on the occasion of the inauguration of the new Consulate of Monaco in the Land from North Rhine-Westphalia.

The Ambassador was invited by Mr. Bernhard Johannes Stempfle, Honorary Consul of Monaco in Düsseldorf, since July 6, 2018.

In her address, HE Mrs. Isabelle Berro-Amadeï recalled that the state of North Rhine-Westphalia, the city of Düsseldorf and the Principality of Monaco are linked by long-standing contacts in the economic and cultural fields. , sporty and tourist. “The Honorary Consulate remains a privileged place for the development of relations between this important region of Germany and the Principality of Monaco, as well as for the promotion, the reinforcement of the mutual knowledge and the cooperation” she underlined.

The inauguration took place in the presence of the accredited Consular Corps in Düsseldorf and numerous regional and local personalities.