Inauguration of the new Court of Honour at City Hall

Inauguration of the new Court of Honour at City Hall 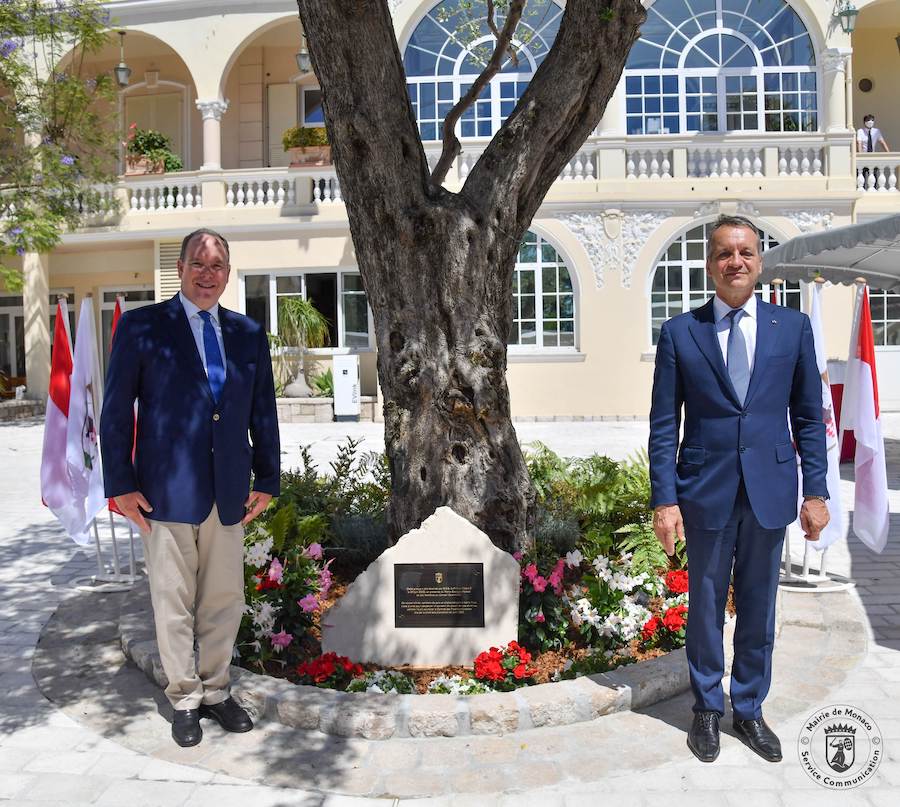 Prince Albert, Archbishop Dominique-Marie David, Mayor Georges Marsan and National Council President Stéphane Valéri have joined a host of council and government members to inaugurate the new Court of Honour at City Hall.
A ceremony was held on Wednesday 24th June to commemorate the new court, which took eight months to complete – longer than expected due to confinement. It is a “place of reception, meetings and exchanges (…) which has today found a new splendor,” said Mayor Georges Marsan in his welcome speech.
This major project, carried out by the Municipal Technical Services under the leadership of François Lallemand, was designed to increase security at the Court of Honour with the addition of an electric gate and a video surveillance system.
It also included the installation of charging stations for electric vehicles and a new olive tree in the centre of the court. The original olive tree, planted in 1932 by the Local Traditions Committee, had contracted a disease and was replaced by a new tree of the same variety chosen from the olive trees of the old Parcours Vita as a “symbol of peace and attachment to our country”, thus perpetuating “the memory of the work of our ancestors whose culture of these trees was the main resource,” said Mr Marsan. 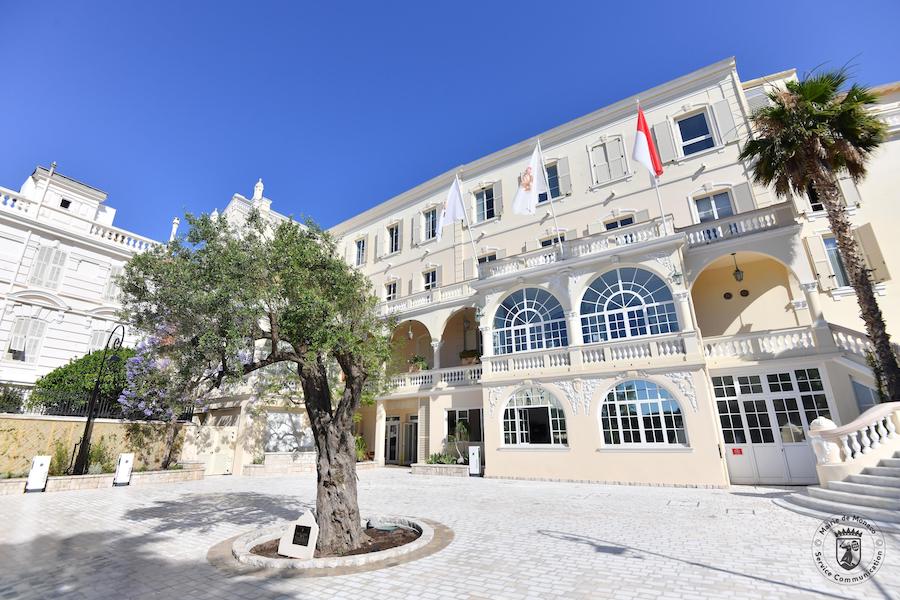 The Mayor concluded his speech by warmly thanking all the people and services who contributed to the success of the project before inviting Prince Albert II to unveil the commemorative plaque.
The ceremony continued with a symbolic award ceremony for the Monegasque Language Competition. Due to the health crisis linked to the coronavirus, the traditional competition had to be canceled this year but the Town Hall, in agreement with the DENJS, wanted to honour 12 Terminale students who had completed their studies in the Monegasque language. In his speech, Georges Marsan congratulated them for their motivation during these 10 years of learning, saying it was “proof of their attachment to our culture.”
Finally, the Mayor took a moment to honour Baroness Elizabeth-Ann de Massy who passed away recently, recounting her unwavering attachment to the Principality and its traditions.