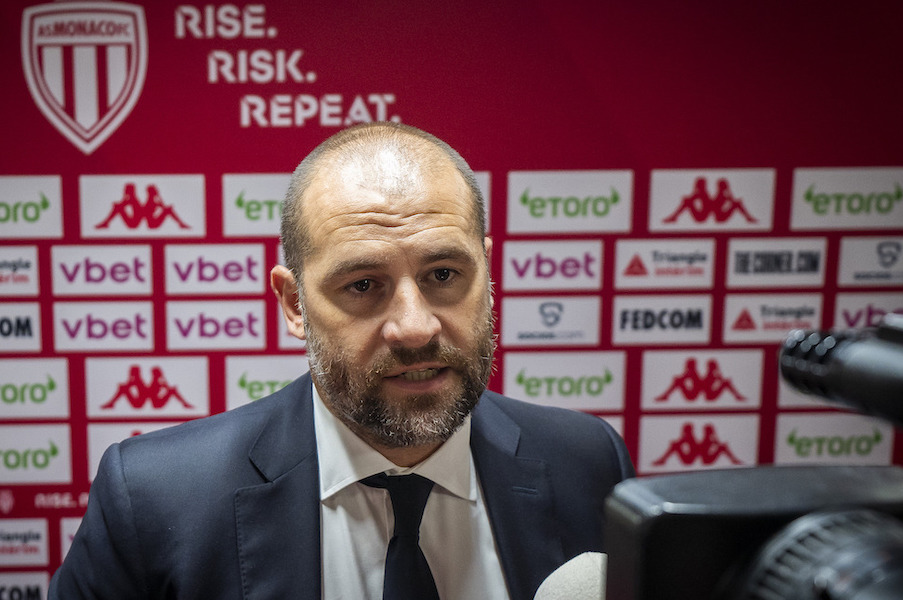 ESTAC Troyes defeated AS Monaco 4-2 at the Stade Louis II on Wednesday, in a match that was overshadowed by refereeing controversy and which solicited Paul Mitchell’s intervention post-match.

All eyes were on Monaco to see if they could “back-up” their draw against PSG with a win against a team that Benoît Badiashile stated “on paper, are inferior”. However, it was referee Ruddy Buquet who stole the show and proved the most decisive actor in a match that quickly turned sour for Monaco.

Prior to Buquet’s questionable interventions, Monaco looked to be cruising. Having largely dominated in the early stages, they took the lead through a Guillermo Maripán header, and although they took their foot off the pedal having opened the scoring, Philippe Clement’s men still looked untroubled, and were seemingly cruising.

Bruno Irles’ men were then handed a very generous life-line. The goalscorer, Maripán, was adjudged to have fouled within the box when he tripped over an opposition foot in the box at a corner and fell into an opposition player. Florien Tardieu then stepped up to level the scores, whilst Maripán also received a yellow card for the incident.

“If that is a penalty, there will be at least five matches I think,” said Clement post-match. The Belgian coach would be handed many more reasons to feel aggrieved before the end of the match.

On a yellow, Maripán, shielding the ball, was adjudged to have elbowed the opposition in the face. The Chilean international was subsequently shown a second yellow, and a red. The Principality club have already seen red on three occasions in Ligue 1 this season in just five matches.

“The second yellow card. I don’t understand it either. I saw other actions like that on Mo Camara last week, and no yellow was given. But here, where Maripán is protecting himself and very lightly touches a Troyes player, who said after the match that he exaggerated a bit because he knew he had a yellow. At that moment, it’s a red card and that really determines the match. They are two decisions that are very decisive in the course of the match and it isn’t the first time for us at the start of the championship that they’ve gone against us,” said Clement.

Just prior to that red card, Troyes were lucky not to have gone down to 10-men themselves when Yoann Salmier momentarily forgot what sport he was playing and brought down Breel Embolo with a perfectly executed rugby tackle when the Swiss international was running through on goal. No foul was given, leading Mitchell to bemoan the lack of consistency in Ligue 1 refereeing.

“The bar seems quite low for decisions against us, but high when we’re looking for similar types of decisions. It’s the inconsistency of it all. That’s the most frustrating thing,” Mitchell told Monaco Life.

Things got even worse for Monaco before the half-time whistle. Working their numerical advantage, young French winger Wilson Odobert’s smart finish gave Troyes the lead heading into the break.

The second-half did not bring about a change in fortunes. Monaco looked to have been dealt the hammerblow when Mama Baldé rifled home a volley past Alexander Nübel just after the break, but thereafter, Monaco rallied.

They could, and perhaps should have had a penalty when Embolo was cynically felled inside the box, but the referee waved play on and the side weren’t to be rescued by a VAR intervention. Troyes were then grateful for a string of Gauthier Gallon saves to keep Troyes’ two goal advantage.

However, he could do little about Youssouf Fofana’s close-range effort, which reduced the deficit and instilled Clement’s men with hope of a comeback. Those hopes were short lived. Salmier, who could easily have been sent off in the first-half, tapped in from close-range to restore the two-goal advantage and give Troyes breathing room.

Neither side managed to find another goal and the game finished 4-2. A game that had started so serenely, perhaps predictably for Monaco, had been turned on its head, and the side now head into a difficult double-header against Nice and Lyon in grave need of points.

However, going into those clashes, doubt is starting to creep into Monaco’s game, as Clement revealed: “I’m frustrated today because as a coach it is important to explain things to your players. In recent weeks, I can’t explain things to my players. I say to be intense, to be strong in the duels, which is normal in football. That for me is the big problem. I can’t explain to my players what I want from them…In the four matches we have played, when you look at all the cards and penalties, that’s starting to get into the players’ heads. My players are scared to challenge for the ball at the minute.”

A letter sent to the LFP

The refereeing performance also elicited an appearance from “an angry and frustrated” Mitchell. The English sporting director very rarely speaks after matches, but he addressed reporters in the mixed zone to voice his grievances and concerns.

“I’m upset with many things this evening to be totally honest. One of the outstanding thoughts is definitely some of the refereeing decisions. It is becoming too consistent. It feels like it’s always us on the wrong side of every decision. Once again, two red cards in the last four games. Both very debatable, big penalty decision and all we’re asking for is consistency. If the consistent decision is that you send someone off because they raise their arm and there’s a slight contact and then Neymar goes with an elbow into our player in Paris at the weekend, then there is no consistency,” said Mitchell.

He continued, “We’ve reached out to the football association (LFP) by written letter this week, we reached out via the press conference to say that we’re open to discuss. Some of us are ex-players, some of us have been in the game for a long time. I’m sure we can bring value and it feels like it isn’t wanted. Then when you get decisions like we had against us this evening, then of course we’re disappointed and we’re angry and we’re upset.”

Questioned specifically on the red cards, Mitchell responded, “The referees need to give themselves time to make game-changing decisions. This is what we ask, and this is what I said in the press conferences. You’re coming to a critical decision, a contact, a penalty, so give yourself time. Why do we need to make such emotional decisions as referees? It’s not demanded by the association in any league in the world, so they need to give themselves time to make better decisions.”

He then criticised the overall level of refereeing in Ligue 1, referencing the 11 yellow cards seen in gameweek three, a record in the division. “I wouldn’t say I’m upset, I’d say I’m pretty angry to be totally honest. The officiating, as we’ve talked about, isn’t good enough for this level of football, it isn’t good enough for the product that French football needs to be and needs to become in order to keep us at the top of European football. I think we have got to demand consistency for the league, for Monaco and for all of the team because we saw 11 red cards last week. That was superficially the highest in the big five leagues. If that isn’t evidence that something needs to be reviewed, that processes need to be assessed, that responsibility needs to be taken, then I don’t know what is, because it does ruin the game,” he said.

Questioned by Monaco Life as to whether the bar for a red card has been set too low, he replied, “It depends which side of the fence you’re on. The bar seems quite low for decisions against us, but high when we’re looking for similar types of decisions. It’s the inconsistency of it all. That’s the most frustrating thing.”

Regardless of the context of their predicament, Monaco find themselves with ground to make up, and in facing potential rivals for the European places twice within a week, a quick turnaround is essential in order to get their league campaign back on-track. 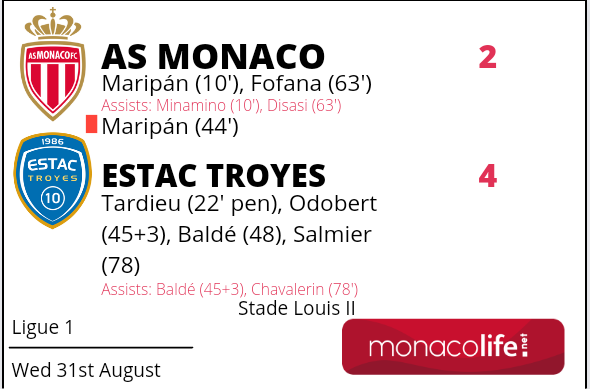 Photo above source: AS Monaco