Inside the €103 million Lady Moura

Inside the €103 million Lady Moura 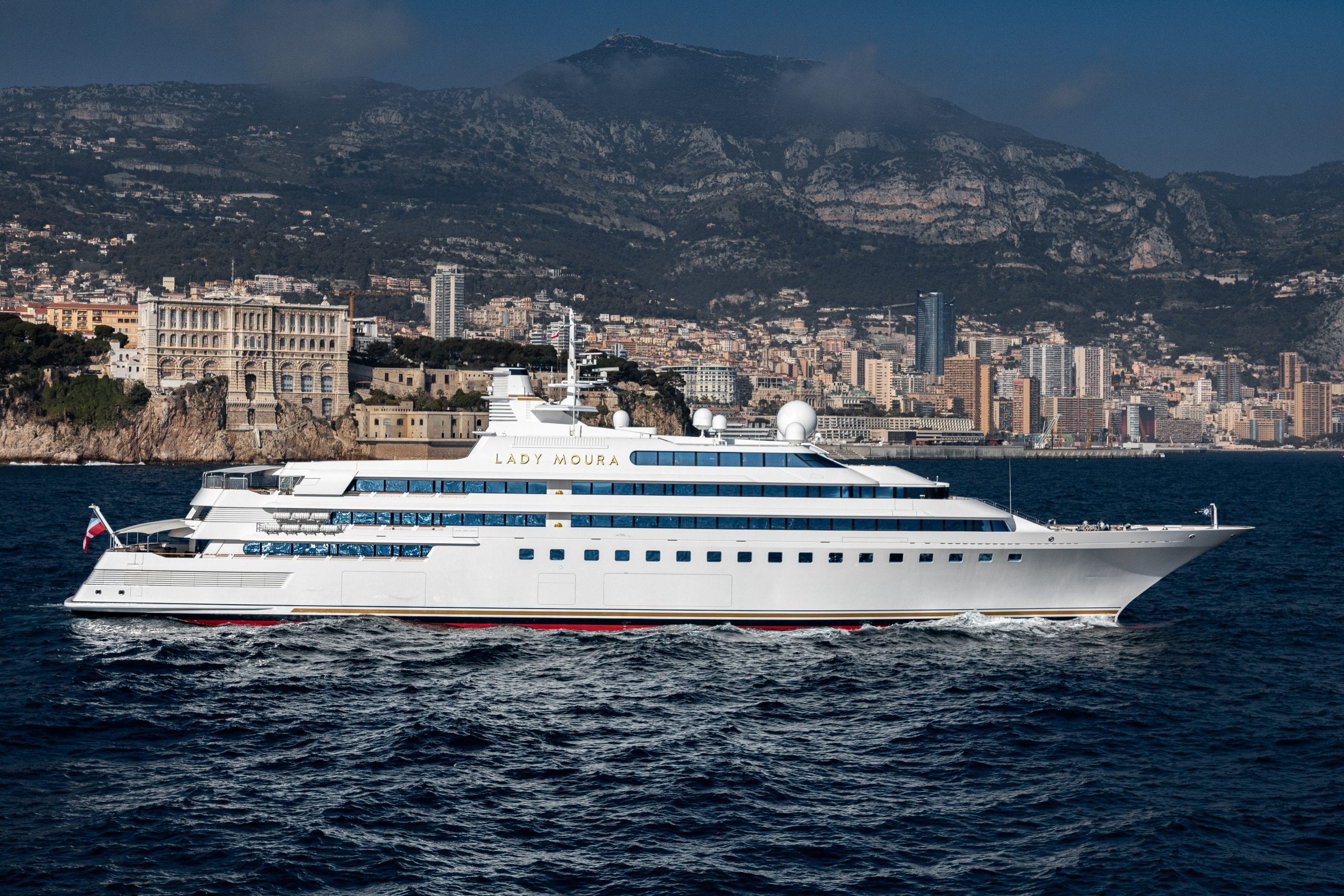 One of Monaco’s most well-known superyachts, Lady Moura, has returned to its home port to continue the hunt for a new owner, a first in her 30-year history. So, let’s take a look onboard.
When Lady Moura was delivered by Blohm+Voss in 1990, she was the most innovative and most expensive yacht the world had ever seen. A head-turning leviathan, her annual arrival in Monaco heralded the start of the season.
Although only a handful of guests were ever welcomed passed her golden nameplate, she became the most photographed yacht of her time.
The 105m vessel has since become the category-defining model for a generation of yachts, a pioneer of the beach club, hydraulic fold-out balconies, and the tender garage. 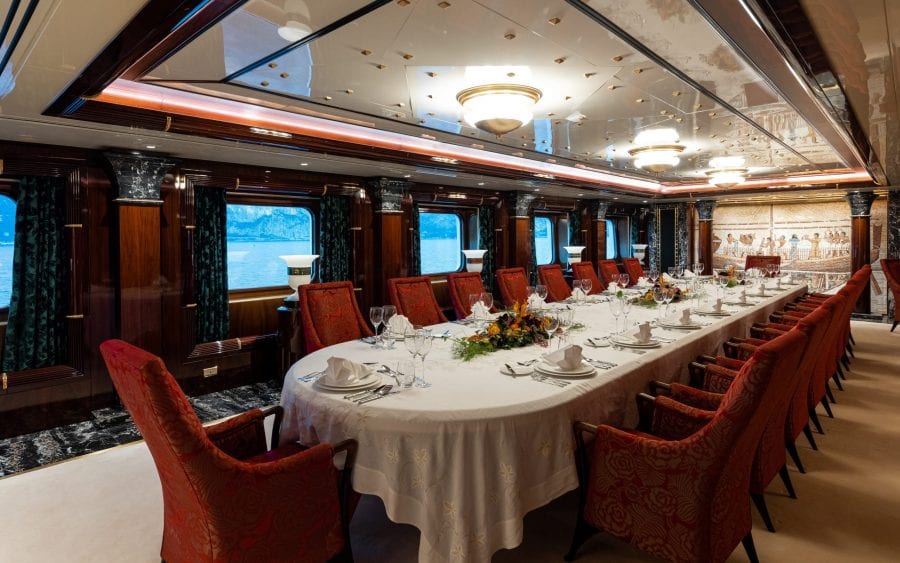 Her interior volume is 4,908m2 arranged across palatial saloons, an owner’s study, cinema, bakery, guest elevator, spa and gym, two medical centres, and countless other features.
The remarkable vessel has been listed with Camper and Nicholsons at the recently-disclosed nine-figure asking price of €103 million. 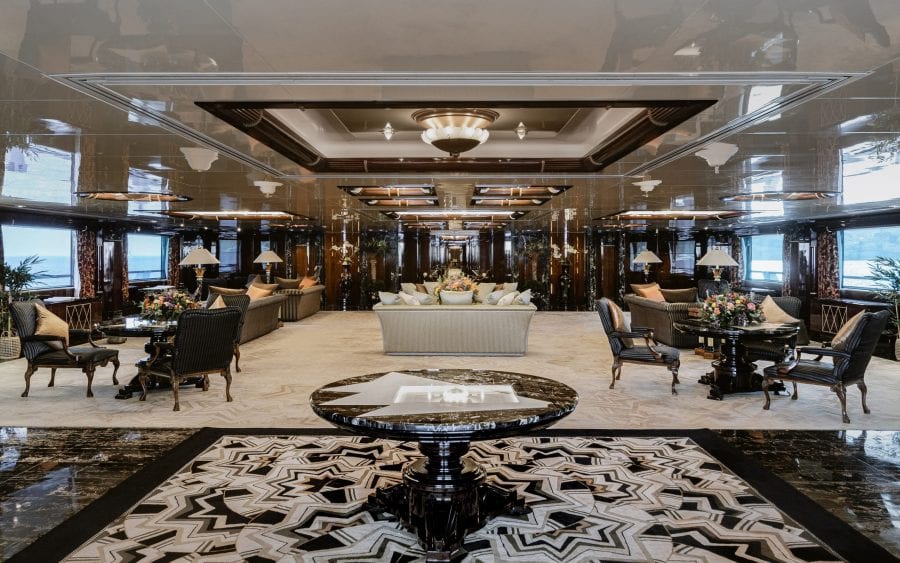 Her exterior space extends across seven decks, including a recreational deck with a swimming pool covered by a retractable roof, six gangways and a helipad. She can accommodate up to 26 guests in 13 luxurious staterooms and 65 crew.
Originally designed to be 124m LOA, Lady Moura could be lengthened or reconfigured with ease. “Instead of waiting five years for their perfect yacht to be designed and built, a new owner could refit one of the most iconic yachts of all time, to their own exacting standard, by summer 2022,” says Andrew LeBuhn, Senior Broker at Camper and Nicholsons. 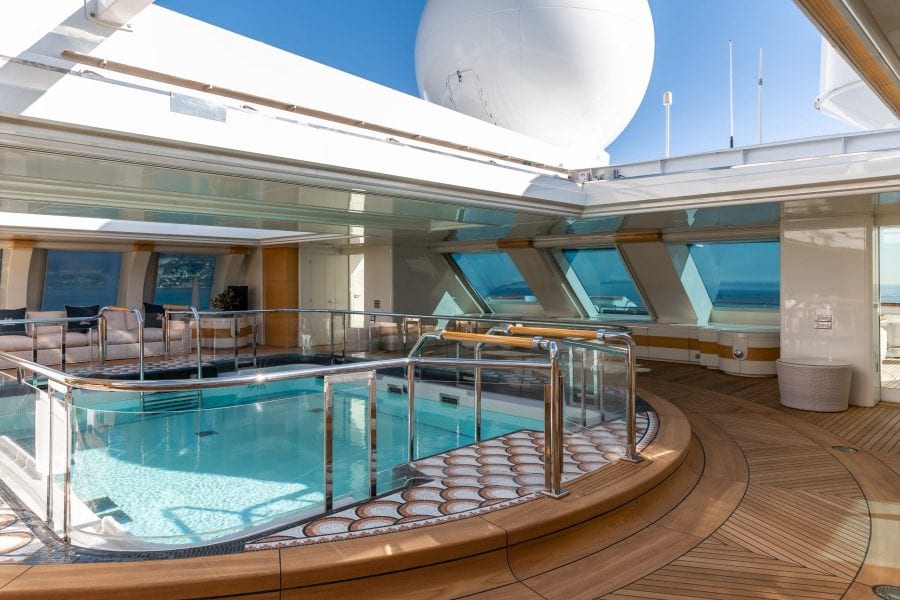 Remarkably, Lady Moura also has low engine hours and has had no charter use. Despite her capabilities, the farthest Lady Moura has cruised is the Caribbean. Her true purpose was as a luxurious family vessel – with the prowess to double as an ambassadorial residence across the Mediterranean. The Turkish coast was a favoured destination for her owner and her interior layout, which has welcomed both royalty and political aristocracy, has remained a secret on security grounds.
Until now. After 30 years of continuous ownership, Lady Moura’s owner, Saudi Arabian businessman Nasser Al-Rashid, is bringing her to market, revealing publicly the asking price for the first time.