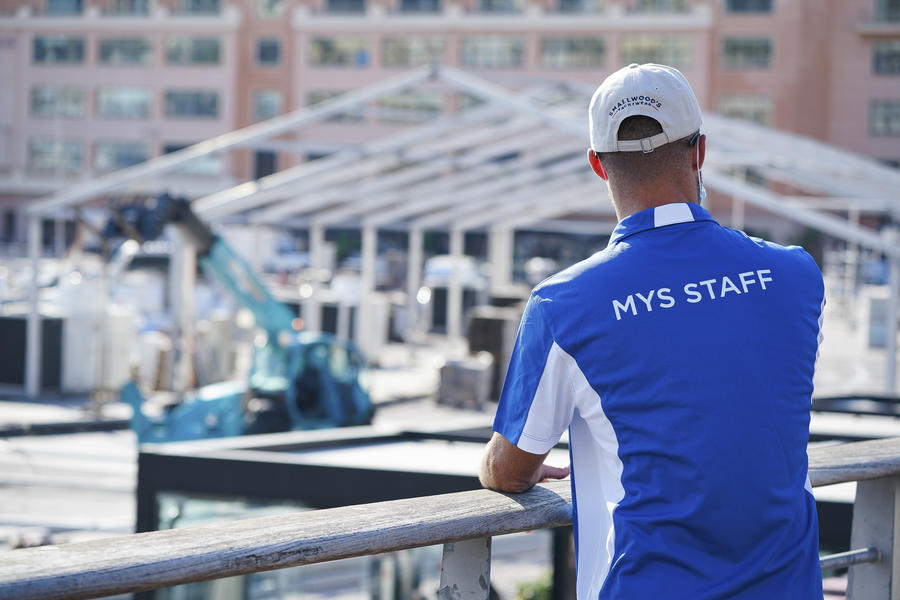 The enormous set up for the Monaco Yacht Show is now underway, but with the prep comes a few minor inconveniences such as street closures and parking bans. Here’s more on the affected areas.

The Monaco Yacht Show (MYS) is one of the Principality’s biggest events. Since 1991, it has been the place to be for the superyachting world, with exceptional boats for sale and exhibits by world yachting professionals.

This year, the show, which runs from 28th September to 1st October, will be no different, and the excitement is already building.

Bans on parking will be necessary and alterations to traffic and pedestrian circulation may also affect the public, with total cuts occurring on occasion over the set-up period.

According to a statement on Monday by the government, the event’s organisers are doing their best to cause the least amount of disruption and are putting systems in place to keep people moving, particularly during peak hours. Occasional easing of restrictions will thus allow the drop-off of children attending school nearby and the implementation of temporary traffic patterns will facilitate deliveries.

Parking for two-wheeled vehicles that habitually use the Quai Antoine Ier will be provided on Quarantine Avenue and in the La Digue Public Car Park until after the Monaco Yacht Show, with complete normalcy returning by 13th October.