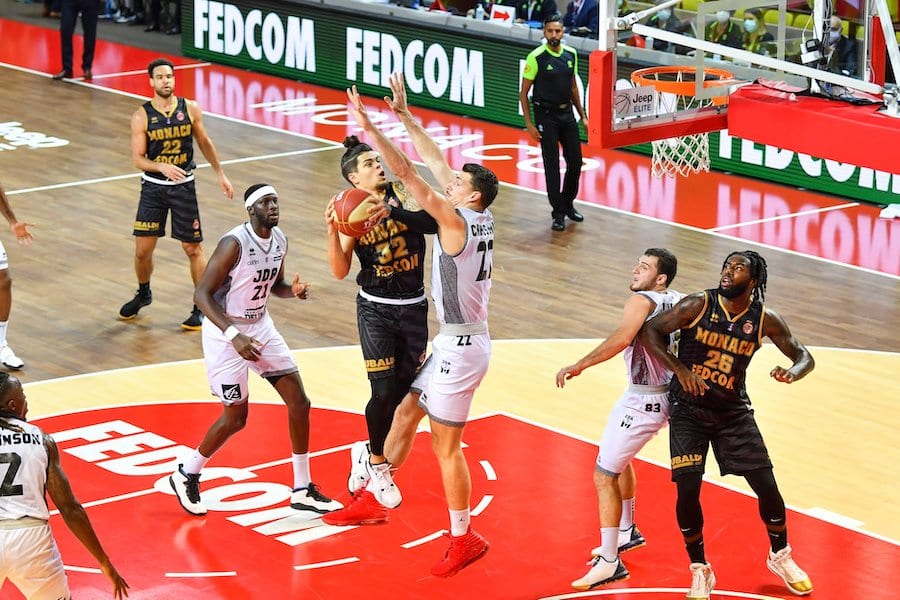 Despite Head Coach Zvezdan Mitrovic’s absence and a nearly three week break, the Roca Team were on the top of their game on the weekend, beating Dijon in a hard-fought match at home 70-62.

AS Monaco Basketball hit the court at Gaston Medecin for a Saturday night fight against Dijon, with new arrival Rob Gray scoring 17 points for his first game with the squad.

“We responded very well in defence and on the rebound,” Gray said after the game. “We behaved as a team. The Roca Team has great potential. I am very happy for this premiere. I feel very good with my new team.”

Assistant Coach Ocokoljic had positive things to say about the new addition, adding, “Rob Gray? I think he will help us a lot. He also defended very well on (Dijon player Chase) Simon.”

But Gray wasn’t the only star of the game. Marcos Knight also scored 17 points, whilst JJ O’Brien had 12 and Captain Dee Bost scored 10.

The team played well, making 22 shots out of 60 and converting nine out of 23 three-pointers. They picked up 11 stray balls, collected 40 rebounds, with O’Brien having eight alone, made 11 steals and had 13 assists.

Dijon powerhouse Jaron Johnson was high-scorer of the game with 19 points.

“Dijon is a very good team, which plays the best basketball in the championship in my eyes,” said Ocokoljic. “So, there is something to be very satisfied with. The context was however special, with new players, no match for 20 days, the coach absent … But the guys responded very well, in defence and on the rebound in particular. All the credit goes to them.”

The win puts the Roca Team in fourth place in the Jeep Elite standings, just behind Dijon. Their next Jeep Elite game will be against Limoges on 21st November in Monaco and for more action, they also play Antwerp Telenet Giants in the Euro Cup 7 on 17th November.