International Day of the Girl in Monaco

International Day of the Girl in Monaco 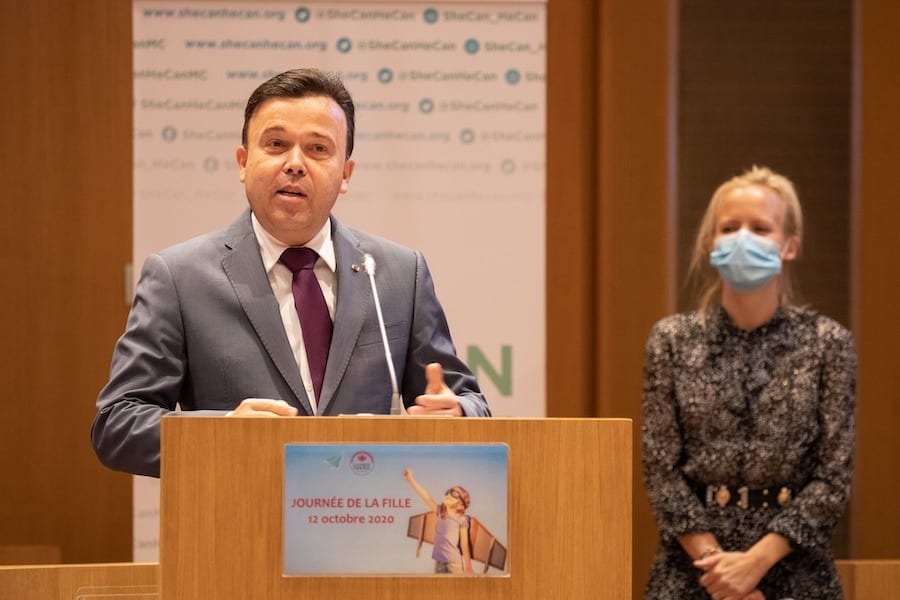 The National Council of Monaco and local organisation She Can He Can celebrated International Day of the Girl by inviting students to participate in a discussion about the future role of girls and women in society.
International Day of the Girl, though officially Sunday, 11th October, was commemorated on Monday by an assembly organised by the National Council and She Can He Can, where 12 high school students were asked by the Management of National Education to join in discussions about female roles in society and politics and what can be done to put more of them in leadership positions.
Director of She Can He Can Vibeke Thomsen has worked for nine years to “encourage young girls to take leadership roles” and for the past three years, female members of the National Council, as well as President Stephane Valeri, have joined in her cause by co-hosting this meeting to show support for the fight for gender equality and opportunities for girls and women.
Additionally, the National Council lights up its building in purple, the official colour of the Girl2Leader association, for the day.
“It is through education and thanks to your new generation that we will achieve perfect equality between women and men,” said Nathalie Blanc-Amoratti, President of the Committee on Women’s and Family Rights at the meeting. “It is essential that women and men do not suffer from any difference in terms of remuneration, the distribution of mental burdens or even equal opportunities for access to positions of high responsibility. This voice for equality is brought here, to the National Council, by our president and by women and men who are convinced, like you, that this equality is natural and that it must be manifested in practice.”
The theme of this year’s International Day of the Girl is ‘My voice: Our equal future’ and She Can He Can describes it as a chance to focus on the importance of including the voices of all members of society in decision-making. “At She Can He Can, we will celebrate tomorrow by taking high school students to the National Council in Monaco to give them a chance to meet their female MPs, learn more about the role and importance of women in politics.”
Since 2011, the United Nations has designated this day to showcase the particular challenges faced by girls around the world as well as to promote girl empowerment. With 1.1 billion girls under the age of 18 in the world, this population segment is “poised to become the largest generation of potential leaders, entrepreneurs and change-makers the world has ever seen,” as stated by the UN.

Photo: National Council President Stephane Valeri and Director of She Can He Can Vibeke Thomsen, courtesy Conseil National de Monaco