International Day of the Handicapped

International Day of the Handicapped 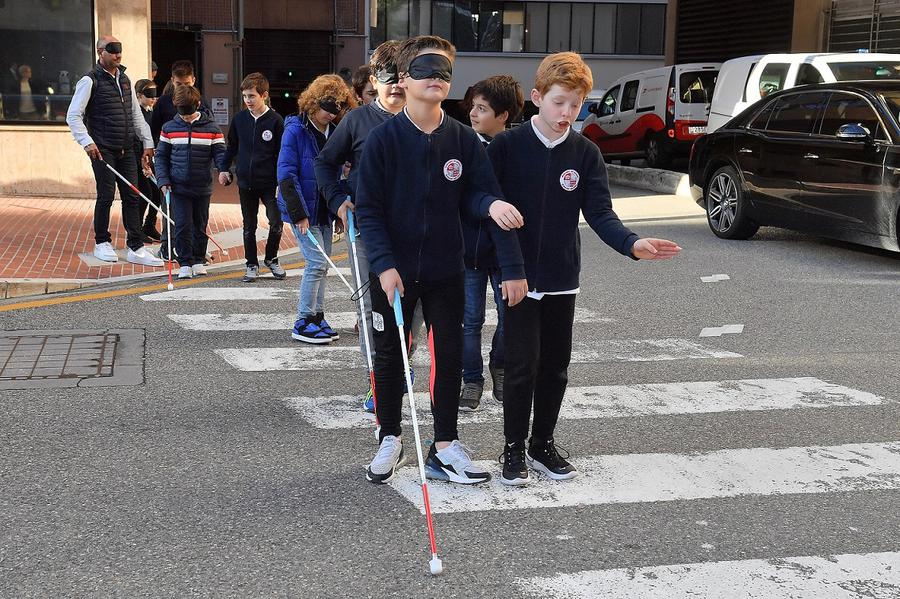 Since 2011, Monegasque school children and citizens have taken to the streets and put themselves in the shoes of the disabled by experiencing, for a few hours, their daily struggles.

A CM2 class from Ecole des Revoires, along with private individuals from the Principality, joined together earlier this week to spend a few hours experiencing what it is like to be blind in the Principality of Monaco.

With masks covering their eyes and using white canes, they traversed Rue de Gabian to Avenue Albert II crossing roads with the assistance of sonic crossing signals and guide strips and then took a bus especially provided by the Compagnie des Autobus de Monaco (CAM) where they tested the voice announcement system to indicate stops inside the bus.

After their experience, the group met with visually impaired persons to share their impressions of the systems.

“Today the Directorate of Action and Social Assistance has proposed to students and adults to put themselves in a situation of visual impairment and test the specific amenities available in the city to help the visually impaired,” said Didier Gamerdinger, Minister of the Department of Social Affairs and Health. “This contributes to a common awareness.”

Organised by the Social Inclusion and Handicapped Division with Didier Gamerdinger, Patrice Cellario, Minister of the Interior and representatives of the elected assemblies, this experiment exhibited the latest efforts made by the government and CAM to make the lives of the visually impaired less stressful by incorporating measures to ensure safer passages walking and travelling in Monaco.

International Day of Disabled Persons, celebrated every year since 1992 on 3rd December, is a United Nations-sponsored event, which has met with varying degrees of success. The day is meant to create an understanding of the issues faced by those with disabilities and to rally support for their dignity, rights and overall well-being, as well as to promote integration with disabled persons to foster greater understanding.