Home News Local News International Day of the Rights of the Child – The paths of... 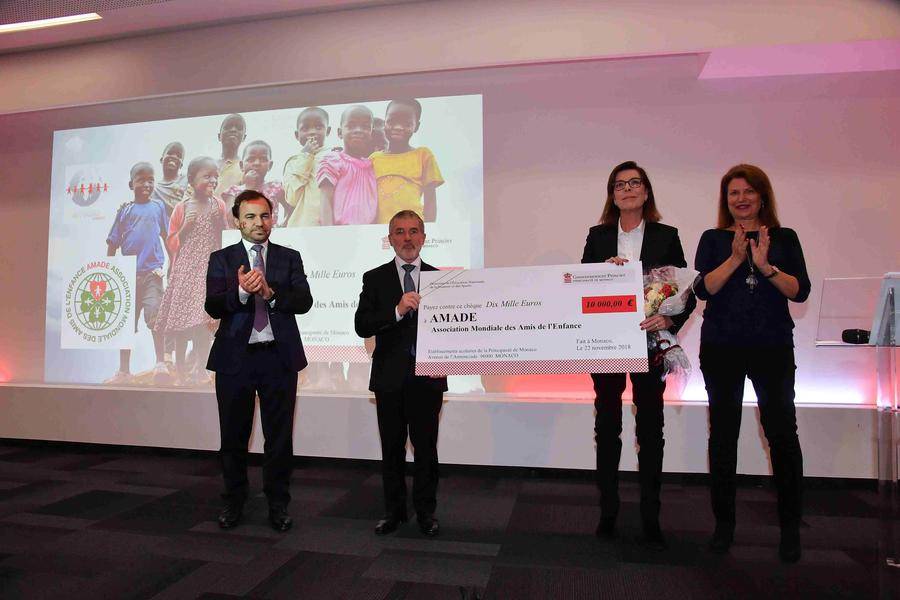 As part of the International Day of the Rights of the Child, pupils of CM1, CM2 and 6th forms in the Principality had the chance to meet, on November 22, the director of the documentary film On the Way to School, Pascal Plisson.

The film follows four children on their journey to school – Carlos (Argentina), 11, Jackson (Kenya), 10, Samuel (India), 11, and Zahira (Morocco), 12 – confronting each day the multiple dangers in a hostile natural environment.

Presented to more than two million viewers, On the Way to School received the “Cesar Award for Best Documentary” in 2014 and was screened the same year at the United Nations Headquarters. He mentions the inequality of access to education for the world’s children and the fierce will of these adolescents who are ready to do anything to gain access to knowledge.

The students, who had all previously viewed the film with their teachers, were able to ask Pascal Plisson questions and realize that the school is not for everyone and that much more needs to be done to achieve objective of an education for all the children of the world.

This day dedicated to the 2018 edition of the International Day of the Rights of the Child ended with a public lecture by Mr. Plisson at the Technical and Hotel School of Monaco, which was attended by Isabelle Bonnal, Director of National Education, Youth and Sports, HRH the Princess of Hanover and many representatives of the institutions of the Principality including Stéphane Valeri, President of the National Council, and Patrice Cellario, Government Counselor – Minister of Education Interior.

At the end of this conference, a check of 10,000 euros was presented by the Directorate of National Education, Youth and Sports to HRH the Princess of Hanover as President of the World Association of Friends of Childhood (AMADE), in support of the essential actions of ground that this association leads for many years.

Beach cleanup in Nice this weekend with...

On Sunday, May 20, The Animal Fund (TAF) will be holding a fun-filled, informative and educative afternoon around ocean protection and plastic pollution on the beach in Nice. The event runs from 2:30 pm until 5:30 pm between Ruhl Beach and Le Galet (facing McDonald’s) on Promenade des Anglais. There is no charge and a snack will be provided. TAF’s long-term mission is to end the use of plastic bottles by informing people about the deadly waste overtaking our oceans. “We want to bring together children and adults to participate in our ambition towards making our planet a cleaner and healthier place to live in, through fun, instructive and educative activities,” the organisers said. Plastic pollution is one of the most serious threats to the ocean as it does not biodegrade – it breaks down progressively into smaller pieces, but never disappears. As a result, marine life is rapidly dying out. Therefore, the non-profit organisation is to raise awareness on the consequences of plastic pollution and to promote a healthier lifestyle for our planet. “It is important that we are aware of how our habits impact the ecosystem and how we can prevent further damage and danger to the ocean,” TAF explained. “This campaign brings together people from different age groups and different backgrounds but we are all fighting for the same outcome: a cleaner ocean with an abundance of marine life.”

Local News Stephanie Horsman - July 23, 2021
The Yacht Club of Monaco will host the first ever Monaco Smart Yachting and Marina Show in September, which aims to speed up the development of eco-friendly marinas.