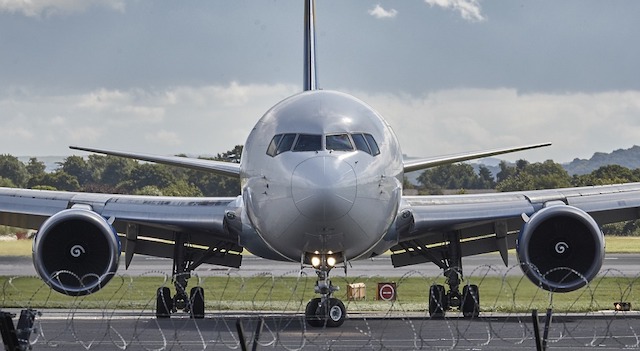 Air China, United Airlines and Delta have all confirmed they will not fly in or out of Nice until at least September. Other cancellations loom large ahead of a decision on whether to open Schengen air borders due in May.

The tarmac at Nice Airport has been eerily quiet since the start of the Covid epidemic. With the exception of a few flights, including links to Corsica and Paris nationally, and the United Kingdom internationally, all air traffic has come to a complete standstill.

Earlier in the week, the airport announced flights to three of the nine intercontinental destinations have been discontinued until autumn under a best case scenario situation.

Air China’s fledgling service from Nice to Beijing three times per week was the first to go. Even once deconfinement is over, there are still questions as to whether this service will continue as planned, or if it will be reduced or called off altogether.

American carriers United and Delta followed suit. In light of the shocking health disaster in the United States, particularly in the New York City area, the two flights from JFK and Newark have been suspended until at least September.

The news comes as rumours fly about the possible cancellation of all non-Schengen area flights until the end of the year.

The damage to the tourist industry could be immense. The anticipation of the summer season and the hordes of American visitors refilling coffers has faded almost entirely, making those in the sector more than a little nervous about the future.

All is not doom and gloom though. La Compagnie, the all business class carriers, is ready to resume service as soon as American authorities give them the green light. Air Transat, Emirates, Air Canada and Qatar have thus far not changed their summer schedules. Russian carrier Aeroflot is also maintaining its service to Moscow, St Petersburg and Ukraine, though internal Russian governmental decisions to extend border closures may affect this.

Nearly 70% of Nice Airport’s traffic is international, and disruption of service throughout the summer months will certainly affect the entire economy of the region.

In any case, everyone will be holding their breath until 11th May, the date set for the European decision as to whether Schengen air borders will be reopened or not. With so much hinging on this verdict, nerves are indeed frazzled, but hopes remain high.