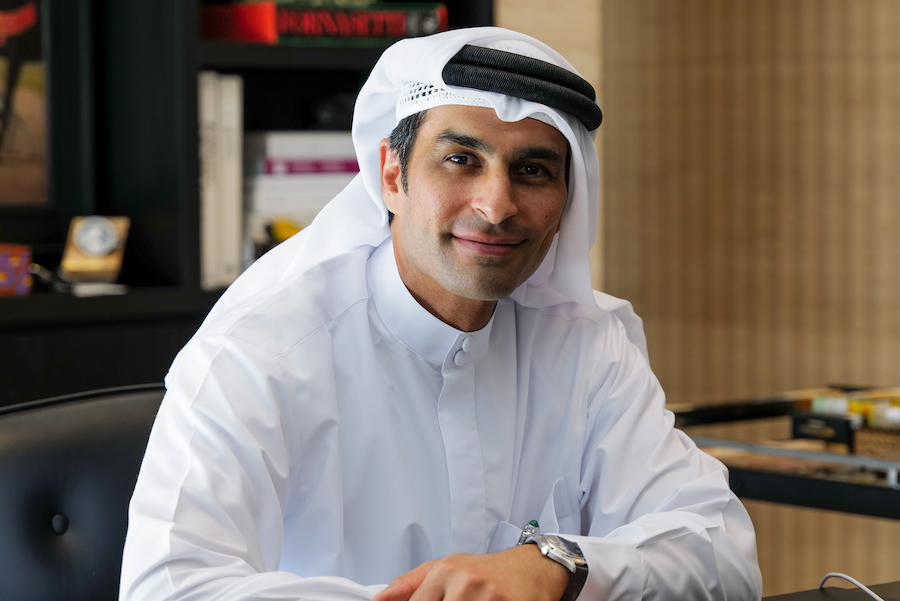 Inspired by personal experience, Abdulla Al Gurg created the Omere Foundation, a global platform for preventative medicine that brings together innovation, technology, and organic healing to transform the future of aging.

The World Health Organisation estimates that by 2030, poor mental health will become the second most important cause of disability in the world.

The Omere Foundation has two objectives: to improve physical, mental, and emotional health and thereby, longevity, and to influence health policy so health systems and resources shift towards innovation in life science, disease prevention and wellness.

Monaco Life: Where did the idea for the Omere Institute come from?

Abdulla Al Gurg: I went through a health condition around four years ago. I was going downhill and I was quite depressed, and I believe that it caused my stroke. That was the ignition to the whole thing. I was quite paralyzed and I wasn’t really feeling myself. I tried everything. I was in London on all sorts of medication and I said to myself, ‘This is just not working for me’. I was numb. I was literally numb from the amount of medication I was on.

And things evolved from there.

Did you feel then that you had an obligation to share your knowledge and experience with the wider community?

Yes, I felt like there are so many other people like me who are undergoing a lot of medical interventions, who feel they need to change course at some point.

First, it was the health issue, but then I was rejuvenating and I was beginning to unlock my potential. I was starting to do more business, I was becoming more efficient than I was previously, thinking more clearly… and I thought, this is phenomenal.

It allows people who are in stressful situations to actually enjoy doing business or actually rejuvenate while they’re living their lives.

My chronological age is 42, but my biological age is now 36. I am therefore six years younger. I found this phenomenal as I used to be three years older than my age. So, I figured I had to share this.

Can you tell us how it works?

It is based on a science called elementology. What the technicians do is they connect your genes to the elements in your genetic code and they have a unique algorithm which helps them to understand how to treat you to unlock your gene potential.

I was borderline diabetic and I had eight active cancer markers. But if you test me today, I have only two active cancer markers and diabetes has gone away. That’s because I changed my behaviour and they taught me how to do that. They triggered things in me too, because everybody has a certain pattern and we come with a hereditary code. That’s it in a nutshell.

People who are currently sick and are looking to change that situation, or those who are not necessarily sick but who may have hereditary issues in their family that they would like to avoid. Also, people who want to rejuvenate. There are so many people investing money in a pill that will stop the aging process. This is a method. And i’m not the only case study. There are hundreds and hundreds of case studies and samples of reverse aging with this model.

If it is the “Fountain of Youth”, then you have the biggest game changer in history at your fingertips. Why is this not more widespread?

It takes a while to catch on. Do you remember when you bought the first iPhone or Mac computer? Or when you invested in the first Tesla car? How expensive it was? This is exactly at that point of launch and I believe this will be the future of health care.

It’s just a matter of time, and that’s why I was very interested in not only setting up the Omere Institute, but also the Omere charity foundation, which connects directly with the Institute to become the conduit for taking this to the critical mass and to spread the word so the people who will benefit can afford the service now.

Because if, for example, you have a child who has recovered from cancer through this method, you would want donate so other people can benefit also, right?

The Foundation is a conduit for us to bring it to the people.

Currently, this method is only available to high-net-worth individuals then?

Yes, because we can service between only 70 and 90 people per year. But of course, in the long term, as this foundation becomes more and more active, we can commercialise and train more technicians.