Interview: Alberto Vitale on creating coral jewellery and a legacy of sustainability

Interview: Alberto Vitale on creating coral jewellery and a legacy of sustainability 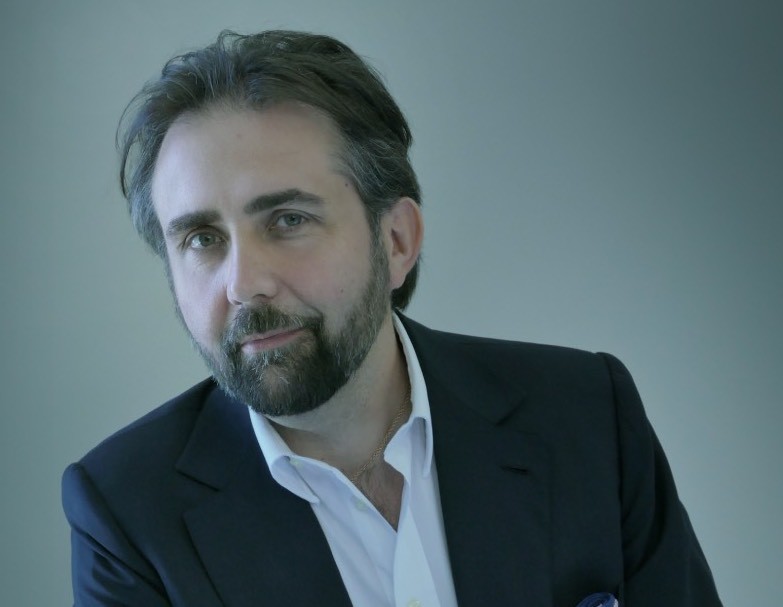 At first sight, Vitale 1913 appears to embolden everything that Felice Vitale had envisioned when he first set up his jewellery workshop in Valenza, Italy, more than a century ago.

A perfectly crisp-white salon features plush blue accents and a view towards Monte Carlo Square. Around a majestic dining table are a handful of small display cabinets, glistening with bespoke pieces of refinement.

But on a table beside the lush white sofa, where I would expect to see copies of Tatler, Elite Traveleror Vitale 1913’s latest jewellery collection catalogue, I see magazines about the Ocean, information about the Prince Albert II of Monaco Foundation, and pamphlets on sustainability.

Upon closer inspection of the jewellery I see a ring that resembles the majestic dance of the waves, ear rings that float like swaying sea grass, and the brilliant colours of coral.

And it becomes clear that Alberto has his own vision for Vitale 1913: one that not only focuses on creating magnificent jewellery, but a company that is also committed to helping save the planet.

Monaco Life: You are a fourth-generation jeweller, tell us how you came to take over the family business?

Alberto Vitale: When I was younger, I was working in Monaco for private banking and I learned a different mentality than my family before me. When my father died in 2008, I decided to move the company to Monaco and I started to offer diamonds as an investment. I was mixing my family history of jewellery manufacturing and my expertise in finance, and began offering structured proposals and personalised solutions, for everyone from a father wanting to buy diamonds for his daughters to a professional investor wishing to spend a million euros.

Four years ago, I decided to return to jewellery manufacturing but only to create unique pieces. We do only bespoke pieces handmade in Italy, because I think that every woman is different and they should have a unique piece of jewellery. I am not a fan of big brands who propose the same things to everybody.

When did you start to look at the world differently?

I think that in life we have to believe in something. I have my faith, but I also have my values, and through my collection I am trying to send a message. It began a few years ago after I watched a documentary at the Yacht Club of Monaco called ‘Plastic Ocean’. It was incredible.

There were 200 people in that room and at the end of the film no one was able to talk. We were all shocked and I remember I thinking: “Ok, now I want to use all of my personal stone collection, my diamonds, to create a jewellery collection that is inspired by someone who does something for the Ocean.”

So, I did my research and I discovered that the Prince Albert II of Monaco Foundation is doing a great job. I met them and after one month I had already produced a ring that I offered to the foundation which they auctioned at the first ever Monte Carlo Gala for the Ocean, attended by Leonardo DiCaprio. They sold the ring for €200,000; it was my first gift to the foundation.

After that, we started creating these unique pieces, inspired by the sea.

Why did you decide to use coral in your creations?

I discovered coral during my research and I asked myself how I could use this in the collection without damaging the ocean. By that point I had learned that coral is very important for the sea and if the coral dies, around 500,000 species will die also.

Eventually, I found a company in the south of Italy which offers coral that has broken naturally. Of course, it is difficult and expensive to get because it is up to 80 metres below the surface. But I only buy that coral, and it is a beautiful colour.

What are you aiming to achieve with your coral collection, beyond its uniqueness and beauty?

Through my collection I try to send a message. Look around this office. You don’t see any magazines about jewellery, you only see magazines about saving the ocean. I meet a lot of investors and important people in my line of work, and I give them all the information I can on the ocean.

I am also working with Vincenzo Liverino, President of the Coral Commission, at the CIBJ, World Jewellery Confederation, to create a new practice to use only ‘ethical and responsible coral’ for jewellery to help preserve our endangered coral reef barriers and not contribute to further damage. We hope that all jewellery companies in the world will follow these protocols.

We also have a collaboration with the Scientific Centre of Monaco, which is the worldwide leader in coral research. We organised the presentation of our collection in the centre itself, so I could explain to my clients what the Scientific Centre is doing and the current state of the Ocean.

I am also hosting a dinner highlighting the significance of coral reefs at the Monaco Yacht Club on 23rd October, in partnership with the Scientific Centre of Monaco. During the event, Vitale 1913 will present a small fashion show to highlight the beauty of coral in jewellery.

So, I use my jewellery collection as an excuse to talk about environmental issues with my clients.

And how are people responding?

I have noticed that over the past two years, around 80% of people are now aware of the problem. But they don’t know what they can do. The younger generation are very motivated though.

I am also a teacher at the University of Monaco and this year I asked my students which kind of work they wanted to develop. Three out of five groups decided to do something connected to ethics. So, for example, one was about coral and another was about synthetic diamonds. Young people today know we have problems and they want to solve them.

And as Prince Albert has told me on more than one occasion, the next generation will be the generation that saves the world and solves the problem, otherwise it will be the last generation.

But we all have to do what we can do. In Monaco I have been using an electric bike for five years, I brought a hybrid car, and 90% of my Facebook content is about saving the planet. I make jewellery so I use my work to send this message.

Also, when someone buys a piece from my collection, they receive a letter of thanks from the Prince Albert II of Monaco Foundation because I am donating an important part of my margin of every piece sold to the foundation.What I give is not just money, it is an exchange: I am helping to create a connection between my clients, my stakeholders, the foundation and the Prince himself, The Scientific Center of Monaco, and the Yacht Club of Monaco. I think we are creating a worldwide family of responsible people.

To me, a company is a family, a community, and together we can all make a difference. 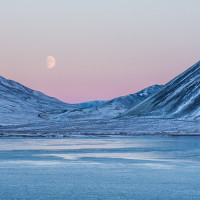 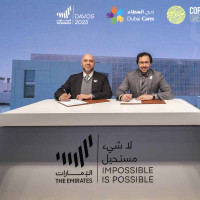 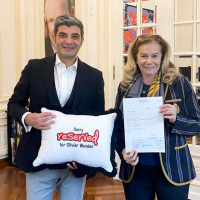