Interview: ASM director of performance James Bunce on the psychology of football

Interview: ASM director of performance James Bunce on the psychology of football 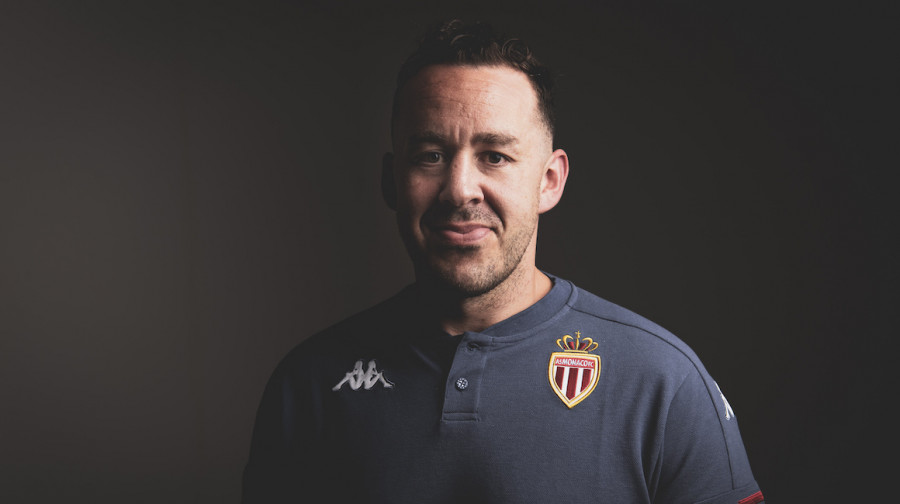 Once again, AS Monaco is at the forefront of evolution. Possessors of an avant-garde performance centre and recruiters of the first nutritionist in the Ligue 1, the club is now harnessing the “under-tapped” psychology of football.

“Everyone looks at sport from the neck down,” AS Monaco director of performance James Bunce told Monaco Life. The Principality club are taking steps to change that. Through recruiting two full-time psychologists – Emilie Thienot and Sophie Huguet, the club is harnessing “one of the most under-tapped advantages in football and even in the wider sporting environment,” says Bunce.

Whilst this almost certainly won’t remain the case for long, no other Ligue 1 club is currently innovating in this way by challenging the status quo of how health and sporting performance is perceived. Following Paris Saint-Germain’s dramatic capitulation against Real Madrid in last season’s Champions League, there was talk of the club recruiting a psychologist, although no arrival was ever officialised.

But Monaco’s approach, in line with the societal shift towards an increased focus on mental health, is based not on reacting to an issue, but on optimising and revolutionising an “under-tapped” facet of the game. Questioned by Monaco Life on whether the mental aspect of the game has been overlooked in the past, Bunce replied:

“I wouldn’t say that [physical well-being] is favoured deliberately over [mental wellbeing]. Everyone concentrates on the neck down and looks at sport from the neck down. We have become very good at monitoring the neck down: physical outputs, training loads, accelerations, sprinting, duels won. We’re really good at looking at that. Not deliberately, but I think we often overlook the mental side because it’s really hard to evaluate. It’s really hard to train and to teach, and to have objective moments in that.”

He continued, “However, even if you anecdotally look back and listen to players and coaches speak after games, a lot of them will talk about a mental attribute that either helped them or caused the problem. “We switched off, we weren’t at it, we didn’t put the effort in, we weren’t motivated”, and so it’s a really ironic situation where we talk about struggling with mentality, but we don’t train it to anywhere near the same extent as we do other things. So that’s why psychology for me is one of the most under-tapped advantages in football and even in the wider sporting environment. I speak a lot about this topic, and how we try and get this right.”

Innovation is engrained into the DNA of the Principality club, and the prioritisation of the mental side of the game is the latest manifestation of that. “Prior to my arrival, but also since Paul’s (Mitchell) and my arrival, we as a club have been trying to innovate and push forward. We were the first to get a full-time nutritionist, so we were breaking new ground there, and one of the first to invest in the performance and medical department. So, psychology for us is about getting a competitive advantage but also trying to develop our players to be the best they can be, that means on and off the pitch, trying to develop champions, trying to develop French national team and international standard players, and we know the mind has to be a part of that,” said Bunce.

Last season, it was manager Philippe Clement who took on the mantle to provide mental support to his young squad. Whilst it was a role that he gladly assumed, he is happy to be relieved of his duties with the arrivals of Thienot and Huguet.

“[The psychologists] are very important. I spoke with Paul and the president after the season and I said I thought it was important to grow as a club, for the players, for the staff, for everyone [to have them]. For me, it’s very important to have psychological help here, because last year I was the psychologist here, but in the end, I am also the man who decides. It’s important, because these are young players who were all big stars during their formative years but they weren’t really in competition, and now they come here and there is a lot of competition. That can have a mental impact, and an impact on confidence as well. We have to help the players, give them tools to channel their emotions,” said Clement in a pre-match press conference at the end of September.

Giving players the “tools to channel their emotions” is the key to this shift, as Bunce explained in greater detail. Asked how the club’s latest advancement would manifest itself on the pitch, he replied:

“To get an objective marker is really difficult. We speak to the players about their mental fatigue, about their emotions and things like that, but it’s not like a blood sample; it’s not like a metric that we measure like running speed. If we do a fitness programme we can say that they’ve increased lifting weight from 100kg to 150kg – that’s a 50% increase, they’ve gone from that speed to this speed. There isn’t a concrete, objective marker. However, what we hope manifests in the building is that the playing group begin to develop attributes that they didn’t have, that they might then use. So it’s not about seeing that in every moment they are using a mental skill, but about giving them a tool case full of ways to handle different situations.”

“If we are in a moment where we are 1-0 up and it’s the 90th minute and we need to see out the results, we have the mental skills to deal with that adversity, or with the motivation, or with the capacity to manage the game in a better way. What the psychologists are always trying to do is give the players the tools to cope with scenarios, and when they come to those scenarios, they are better equipped than they previously were to deal with them,” Bunce continued.

The in-house psychologists aren’t restricted to who they work with. “The way we have built the department of psychology is that it doesn’t only extend itself to players. Obviously, the players are hugely important and we want to develop their psychological characteristics, abilities, and traits, but we also wanted to develop the staff within the building,” Bunce told Monaco Life.

The sessions themselves will be specifically tailored to the individuals and their pathways and put on a level footing with physical conditioning. “The players can visit them any time they want. Being players, they aren’t here until 9pm. Some do it at different periods, some like to have conversations before matches to focus, some are working on different long-term strategies, imagery, motivation, leadership, and things like that. So those will be structured into their working week like a gym session is. It is no different than physical conditioning. Then we build the team aspects into the programme like we would an analysis meeting,” said Bunce.

Whilst the benefits of the club’s latest innovative approach will naturally be difficult to quantify, centre-back Guillermo Maripán believes that it will allow him and his teammates to “express [themselves] better”.

“Personally, I think that psychology is very important, not just in football. I think it will be a plus for the team, to allow us to be better, to think better, to express ourselves better. I think the two professionals will be very important for us and will help us a lot,” said the player.

The capacity to “be better, think better and express [oneself] better” would constitute a significant competitive advantage in a sport where success or failure hinges on such minor details. By tapping into the psychology of football, the Principality club are at the forefront of change. They may be an outlier for now, but they are unlikely to remain so for too long.