"It's important to get the money into the hands of artists"

"It's important to get the money into the hands of artists" 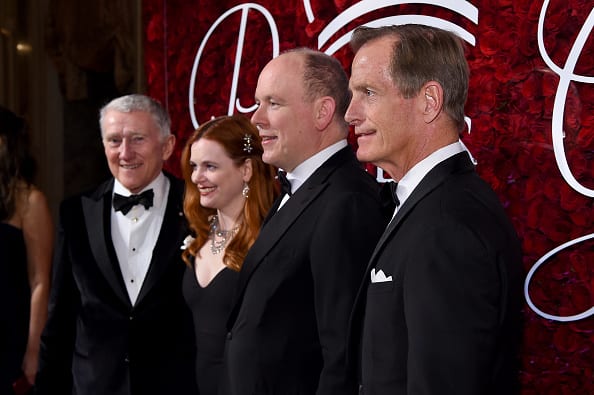 Little did Brisa Trinchero know when she took over as CEO of the Princess Grace Foundation-USA that a worldwide pandemic would force her to abort three flagship events and redirect much of the Foundation’s awards money towards struggling artists.
One year into the job, we spoke with the two-time Tony Award winning Broadway investor and ‘40 Under 40’ award winning entrepreneur about how the coronavirus has allowed the Foundation to re-examine 40 years of tradition, and her efforts in building a cultural bridge between the birthplace of Princess Grace and the Principality.

Monaco Life: How would you summarise your first 12 months as CEO of the Princess Grace Foundation-USA?
Brisa Trinchero: I would say it has been an incredible whirlwind – from learning about the Foundation’s amazing artists and meeting everyone in Monaco to the Monte Carlo TV Festival and our New York Gala in the Fall. Then, when Covid hit, everything went dark so quickly, just as I was looking forward to celebrating a successful first year.
Did it take the edge off the momentum?
When I started at the Foundation, I really hit the ground running; we were going full-speed for that whole first year. I was brought in to usher the Foundation into a new era but it was hard to spend time on long term strategy work while also launching several immediate new initiatives for the Foundation. So, this time has actually been a really unique opportunity to reflect and delve into the strategies that we had already been talking about and to take the time to put together a plan for the Foundation’s new era. In the end, the Foundation is going to emerge even better for it.
One of the biggest events that you were planning – and something the Foundation had never done before – was the 007 ‘No Time to Die’ film premier launch in Monte Carlo in April. How disappointed were you when that was cancelled?
Heartbreaking is the only way to describe it. So many of us at the Foundation and in Monaco had worked so hard on that event and it was coming together so beautifully. We had guests from around the world who were very excited about the trip, so it was truly heartbreaking. But we still have every reason to believe that we will be able to reschedule it once the Bond team knows what they are doing with the film release. And if not, it has at least allowed us to figure out how to do these kinds of events, so there will definitely be others like it.
One of the things you mentioned when we last spoke a year ago was your desire to build a cultural bridge between America and Monaco. Have you been able to do that?
We have strengthened the bridge between the US and Monaco significantly, partly through simply having myself and my team spend time in Monaco to speak to the community about Princess Grace. A lot of the feedback I hear is that Monaco is very excited that we are raising the visibility of her legacy, because there is a fear in the community that once someone has been gone for nearly 40 years, even an icon, that there is a risk that their memory might start to fade. So many people, particularly in Monaco, have been asking what we are doing to introduce her to new generations. And that is exactly what we intend to do. There is nothing more exciting than explaining to younger people who she was – her style, fashion and philanthropy. So, I have a lot of confidence in the future of her legacy, but this is the work that we have to do.
The culture industry has taken an enormous hit from the Covid-19 crisis due to the closure of theatres and film sets. What are you seeing on the ground there?
Covid has been devastating for the arts community. It’s been challenging to sit in this position as a Foundation, to have relationships with so many incredible artists, and to see how they are all struggling. With so many of the arts organisations having gone dark, even the most successful artists are suffering because their places of work have shut down.
Your Foundation relies partially on the generosity of donors. What impact has the crisis had from a financial perspective?
We’ve been managing our endowment carefully, as it has certainly been impacted by the market drops. We are also being especially sensitive as to how we approach our donors. While our focus is on the effect this has had on the arts, we know that every industry has been impacted. Many of our donors have continued to be incredibly generous, which we have appreciated, but others are struggling in their own businesses. So, it is a time to be sensitive and to have very candid conversations with people about what we are trying to do while understanding what they’re going through.
How have you approached your Award program during the crisis?
We decided to direct all donated funds directly to artists as opposed to holding our traditional awards programme, because right now we think it is important to just get the money into the hands of artists who have lost their livelihoods and are simply trying to get by.
You’ve been helping to put dollars directly into the hands of artists through your #GratitudeandTonic campaign, can you tell us about that?
In March, just as quarantine was beginning, I saw so many of my artist friends instantly lose their livelihoods and begin to create work virtually to keep us smiling as things went dark. I made the personal commitment to donate $100 a day to different artists. Fortunately, several of my generous friends immediately joined me and soon we were giving away hundreds of dollars a day. The momentum continued to build and it made sense to move it inside of the Foundation so that our donors and artists could participate as well. Now, each week, we empower a different Princess Grace Award winner to give away these donated funds to the artists of their choosing. You can find it on Instagram on my feed @brisatrinchero or at #gratitudeandtonic.


Has the crisis made it easier for you, in a sense, to shake things up as the new CEO?
Absolutely. I had a year to understand how things had been done and recognise areas where there might be room for improvement and adjustment. Our board and our staff have completely embraced that and are excited to take a fresh look at all of our programming. We have convened a series of task forces to look carefully and evaluate all aspects to make sure we are best addressing our mission.
Is this year’s Prince Grace Foundation-USA Awards Gala still going ahead?
No, we are not pursuing the gala this year – charity galas in the US have almost all been cancelled. But we hope to get back to hosting events soon, that’s our favourite thing to do – we love to gather the community together. But again, we have to be sensitive to when people will want to gather. However, we have many events planned for next year, so watch this space!
You have been strengthening the bridge between Monaco and the US through meeting with the community and partnering with events like the Monte Carlo Television Festival, which was in fact founded by Princess Grace. How else do you plan on strengthening this cultural bridge between the two countries?
We are very excited to be continuing our partnership with Monaco Life and we will be showcasing our incredible artists and awards recipients to the Monaco community through a series of interviews. Many people in Monaco don’t always have the opportunity to meet these artists, so we appreciate the opportunity to share their stories and how the Princess Grace Award has truly shaped their careers, highlighting the incredible achievements that these artists have been able to accomplish thanks to Princess Grace’s legacy.