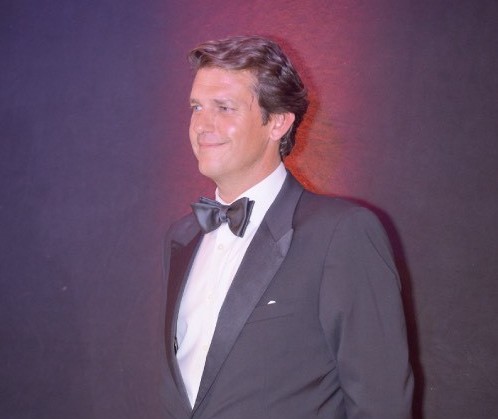 The Monaco Ambassadors Club was created almost half a century ago under the leadership of Princess Grace. The aim: to promote the international influence of the Principality.

The MAC, as it is otherwise known, has always united a prestigious circle of influential people to serve as ambassadors. Now, under the patronage of Prince Albert II, their aim is to share Monaco’s main principles of sustainability and technology.

But with an image firmly rooted in the 1980s, it was time MAC undergo a renaissance, and that came in the form of a new president, a new board, a new logo and a new website.

Monaco Lifesat down with MAC’s new leader Christian Moore, president of Superyacht TV and son of legendary actor Sir Roger Moore, to talk about the club’s new image and his vision for the future.

Monaco Life: Why has this year been a significant one for MAC?

Christian Moore: This year I took over the presidency from Alexander Moghadam, who for 10 years really helped to build this club and give it a backbone. When I joined the board in 2011, we had about 67 members. Now we have grown to over 400. My aim was to refresh the club, to bring in a new board, which we helped put together with Mogadham, and we were very specific in choosing significant players for what we wanted to do.

So now we have built a team with Manon Delpont as assistant club manager and Catherine Bernaz as our office manager. This has increased what we are capable of doing as it is no longer just one person. We have a social media company managing us and we have legal representation now. Within our board we have Alessandra Sparaco, who is secretary general and in charge of the flair of the club and the aesthetics of our events. Christian-Alexandre Rosengart is our treasurer and is also responsible for corporate sponsors, which is increasing. Then there’s Mark Sandel, who is building the infrastructure around our rule books, for example how we have our members conduct themselves, and how we interact with the government and political situations not just within Monaco but also France and US.

And obviously within all of this, we are strengthening what the club should be, and that is to represent the best interests of Monaco, both socially – in terms of how life is here – but also business wise, and being able to relay the message of our Prince and honorary president, Prince Albert, whose core principles are sustainability and technology. So the club this year is playing a much more significant role in getting that message out, and I certainly have plans for MAC which will hopefully come together in the coming years.

Who are the members of MAC?

We have a huge range of ambassadors and they are predominantly all entrepreneurs. The higher echelon of Monaco joins the club to be part of the social scene but also to relay the message of Monaco, which is what it means to be an ambassador. A large majority of ambassadors are consulates and ministers; the foundations are members as well, and then our members range from businessmen all the way to ex politicians and former presidents.

What is the proportion of female members?

How different is MAC from other social clubs that exist in the Principality?

Other clubs don’t have a mandate that is specific from the Prince and ours is to emulate the values of Monaco. In essence, all members become ambassadorial representatives of Monaco, so it is about being able to bring people in from the outside, people who wish to see Monaco. We serve as a welcome mat organising social events as well as educating our members on the new regulations in Monaco, such as taxation, but also how the government works here, and basically understanding the core values of Monaco beyond just having fun.

How do members receive that information?

Each year we organise an event, for example at the Conseil Nationalwhere president Stèphane Valeri gives us a long discussion about how everything works here. We also have a new websitethat gives information to our members in a more efficient way. We have also teamed up with Monaco Life as our official media sponsor, who will be producing a monthly newsletter to provide members with up to date news and information.

Outside of that, every event has an intellectual element to it, with presentations on, for example, sustainability from the foundations, the government or the Prince himself.

How many events are there a year?

We organise around 10 events a year, but we are looking to grow on that. We want to expand the club to serve the purpose which we have been asked to do, and that is to facilitate business-to-business here in Monaco, but from the outside. We are a club but we are also a non-profit association.

Tell us about the rebranding and why you felt the need to refresh your image?

I think the club was generated on the back of the most popular club in the 70s, the Pan Am Club. So the logo, the image of the club, was a little bit dated. We brought on board the very talented branding expert Jean-Paul Goodwin, who basically modernised our brand and shaped it into something that can fit across the board and satisfy the curiosity of people. I think it’s like comparing the music of the 80s to the music of today, it’s not necessarily better, it’s just different.

So you have a new logo and new branding, what else is different for members?

We have a very sophisticated new website with a CRM system that will allow each member to communicate with others in an easy, private space. The new communication tool means you don’t have to worry about handing out business cards all the time. We are hoping that this will create an environment and culture within the club that will help it grow even further and in the right direction. What we like to do is build our presence with charitable missions here in Monaco, but specifically we deal with what we think will be the most beneficial for the government, and those will be in the areas of sustainability and education.

Our website will consolidate with Monaco Lifethe core values of the Principality as well as useful details, such as where you can shop, what are the latest procedures and protocols, and travel information. We also have a partnership with Quintessentially, giving our members a lot more than they have ever had before, in accessing the concierge service available to them. Previously, our members would simply attend events. Now, we want them to be more engaged in Monaco and I think a lot of members are very keen to do that.

What is your 10-year projection for the club?

The presidency is a 10-year stint so I am hoping to have the club in multiple cities around the world before I leave. I would like to have a membership base where we don’t exceed 4,000 to 5,000 members worldwide, in London, New York, China, Shanghai. The most important topic of today is the environment and Monaco is taking great steps in that area, so we aim to help propel that message out in those very cities. 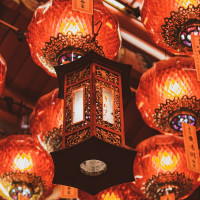