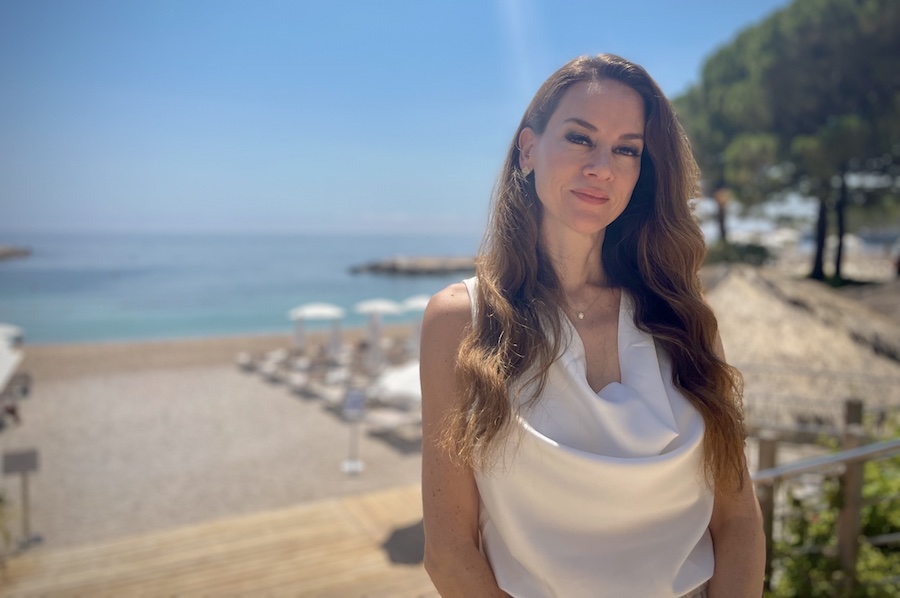 Our children and teenagers are dealing with a lot right now – the fallout of a worldwide pandemic, the war on Europe’s doorstep, not to mention the every day stresses of being a kid in Monaco. So how do we help them through it all? Clinical psychologist and children’s author Dr. Regine Muradian gives us some pointers.

Dr. Regine Muradian is a US-based clinical psychologist, children’s author, speaker, consultant and mental health advocate. She grew up in Monaco, and returns to the Principality regularly. Monaco Life caught up with the mother of two during her recent trip to talk about helping kids cope with stress.

Monaco Life: How can parents identify if their kids are stressed? What are the indicators?

Regine Muradian: One of the most important indicators I look at are physical symptoms. Kids don’t always express their emotions. So, the physical indicators are stomach aches, headaches, feeling more withdrawn and isolated… and not doing what they used to like to do. I think one of the big ones is not wanting to go to school. That could also be tied in with issues that are going on at school, like bullying or other stressors.

Coming out of Covid, social anxiety is huge; learning to adjust to being with other kids. I’m also noticing this with teens and adults going back to work, even for parents who are socialising again, reconnecting with others has been quite a challenge.

Then you have emotions. This is why I wrote my book, Frankie and the Worry Bees, which is all about teaching kids to express emotions, but also teaching parents to start the conversations in terms of communication skills, asking open ended questions, and not telling but asking. This is anything from “How was your day?” and “How are you feeling?”, to “How are you doing?”. So, parents aren’t telling them what to do, they’re validating and listening to their feelings. This is one of the most crucial parts.

There is a lot for kids to process at the moment. Do you think they get enough support at school or should parents look for outside help?

It’s happening everywhere. Some schools have support and some don’t. Some have school psychologists, some don’t.

There is a lot of improvement that can be done, especially in Monaco, in terms of creating and opening up to these conversations, because kids in general are not going to raise their hands and say, “I’m struggling. I’m overwhelmed. I can’t finish my homework”. It comes back to the parent to teach these skills, to see the physical signs and bridge the gap. I think this is happening all over the world.

There’s always a need to teach them how to communicate emotions.

Kids in Monaco have the added pressure of living up to the expectations of successful parents and families. How can we recognise and counter that?

This ties into personal success. There’s two parts to this: go back to basics – there are introverts and extroverts. The introverts internalise emotions and tend to go with the flow and not really share how they feel, while extroverts are super open and will share everything. In terms of success, with parents who are goal driven, the beauty is the child will go one of two ways – they will either do the opposite because they feel they will never meet those expectations, or they will be inspired and watch their parents as role models.

When I started writing, my kids saw me write and travel and do different things. As a parent, I never pushed them to do the same. I don’t have those high expectations. But what I’ve noticed is that my daughter, who is 16, just wrote a piece for the LA Times. She wants to be a screenwriter, and she’s been writing all these pieces but not telling me. I found out later. Its learning by example.

The more we push kids to get 20/20 or the ‘A’, it adds so much pressure that the child’s brain thinks they don’t want to disappoint, but there comes a point where they just stop, they go against it all and don’t want to do anything.

Another part is that if you give your child everything financially, you don’t make them work for it, and that decreases motivation.

I’m on the board for National Debt Relief in the US, and I’m all about making kids work and value money. The goal as a parent is to make them financially independent, not to rely on parental funds. They should seek their own goals, desires and talents. Parents who tend to overprotect and give their child everything are harming the child. They’re not allowing them to have their own goals or desires. They may go to school to do medicine or law, but are they really going to push themselves to the limit in terms of their own success or happiness?

That’s when lack of motivation happens, when kids don’t feel the need to work. No matter how financially secure you are, parents are better to support their children, not give them everything.

How can parents teach financial responsibility?

It’s about thinking smart and teaching the process of how it works. For example, I explained to my daughter about taxes. I own my own business and so I wanted her to understand. We talked about taxes and business and now she understands how to budget better.

I told my daughter if she wanted a car, she had to earn a certain amount for the down payment over the summer… and she did it! She’s now able to see the difference and separate from her friends who get everything handed to them. She is able to say she’s grateful for what she does get and for understanding the value of money. This creates humbleness in kids. It’s all part of building character. It’s what defines you. This starts at home.

I’ve lived here in Monaco, I grew up here, and I felt like I lived in a bubble. But both my parents, especially my dad, always talked to me about finances and spending smart. Nothing is taken for granted. We work hard and money doesn’t just flow. I saw that. Seeing my mum as a business owner made me admire her. I didn’t want to follow in her footsteps, but I wanted to “do good”. Compared with other parts of the world, we lived in a bubble. When I moved to LA, I was so naïve. We need to show kids that yes, this is our world here in Monaco, but this isn’t the real world.

How should parents approach social media usage among their kids? How do you talk to kids about what’s acceptable?

Let’s talk about teens and what they’re posting. I have a rule, and I always advise parents the same, that you should have access to their social media. You should have access before they post anything. I’m not ok with my 14-year-old posting photos of herself in a bikini. Kids will always say, “Well my friends are doing it!”. Then I ask them if they’re going to be a leader or a follower? Mostly, they say they want to be a leader,  and this opens the door to talking about what it means to be a leader, to do what is right for you, not for the crowd, even when pressured.

Another point is manipulation, changing things about their physical appearance on social media. It’s all about self-love. I ask: “What are you trying to gain from this?” It’s all about attention and the number of likes, increasing the positive endorphins… but that lasts for five seconds, and then it’s over.

The brain is then conditioned for instant gratification, and as a result you’re never happy. It is important to for parents to be on top of it, and teach about smart posting.

HOW DO I TALK TO MY CHILDREN ABOUT THE WAR IN UKRAINE?