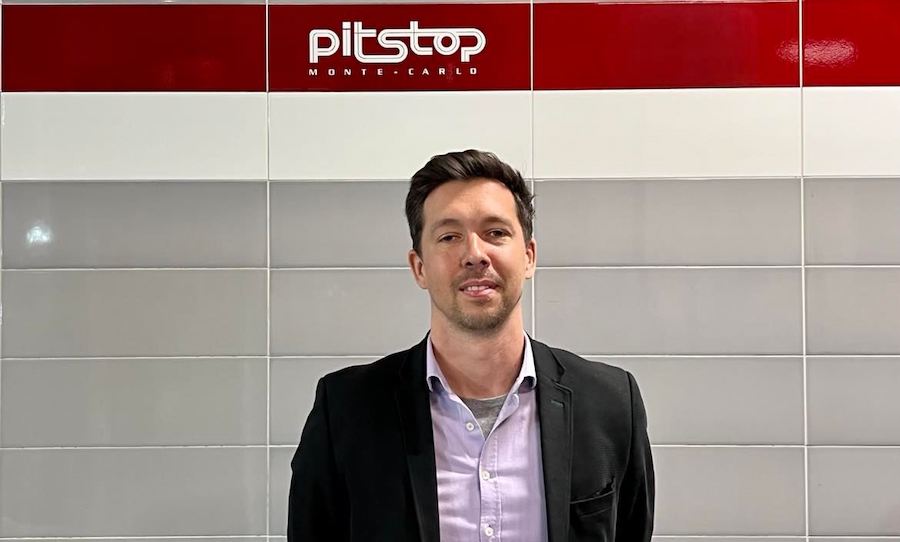 Having raced alongside the likes of Lewis Hamilton and Nico Rosberg, Clivio Piccione now re-enters the world of karting, proposing a radical, sustainable and equitable championship that has the potential to fundamentally change the sport.

Clivio Piccione, a Monegasque former single-seat racing driver, is getting ready to bring a new concept to the Principality. The Monaco E Kart Championship (MEKC) will be seen, but not heard, around Monaco and its surrounding area from August until December, fusing motorsport with a socially conscious initiative and an innovative environmental project.

Piccione’s brainchild was conceived not only through his passion and experience in karting, but also a desire to make what is ultimately a financially inhibitive sport more accessible.

As Piccione told Monaco Life, he was lucky to have karted during a time when the barriers to entry that exist today weren’t so pronounced. “In my era, I think the means necessary to break through into the world of karting were distinctly less high than it is today. There has been a real explosion in the budget.”

He then revealed the eye-watering sums that are needed simply to compete nowadays. “Today, to participate in a high-level karting category, it can cost up to €20,000 a race. Usually, there are 35 races in a year, so if you do 35 x €20,000 that equals a lot of money.”

Luckily Piccione could compete and he looks back at his illustrious karting days as some of the finest of his racing career. “My best days in motorsport were my early days in karting, when I was discovering motorsport, in those big races, where there would be 150 drivers in the same category, and where I battled at the time with Hamilton, Rosberg and (Nelson) Piquet (JR).”

The Monegasque driver would go on to make 207 race appearances and claim eight wins and 37 podiums, across a variety of categories including GP2, British F3 and the Renault World Series. Throughout that time, he never lost his passion for karting, and returned to that world following his retirement from driving in 2012.

It is Piccione’s belief that the most talented drivers shouldn’t be deprived of following his path. “I was part of a great generation of drivers. Ultimately, we didn’t all have the same chance to follow the same path in motorsport, because of personal choices as well. I took a different route. My will now is to create something new and to pass it on, to share this passion that I have for motorsport.”

This is where the equitable element of the MEKC’s mission statement comes to the fore. “We offered three seats in the three categories. During a selection, which took place over two days, we had a winner, who will get to race, all expenses paid by the organisers in the Championship.”

The 38-year-old continued, “That was something important for me, offering something to the person who deserved it most, the only factor being their driving ability. This helps young people who don’t necessarily have the means to compete.”

In addition to this gesture, which could prove life-changing for its recipient, Piccione has also committed to creating a level playing field in the races themselves, which is a radical departure from existing karting series. “Often unfortunately in this sport, a selection is done very quickly, and it’s based on finance. If you don’t have the money to have the best mechanic, the best chassis, etc. you won’t win the race.”

Rather than finances being a yardstick for success in the MEKC, it will be the driver’s pure talent that shines through. “The technology will be the same for everyone. Everyone has the same chassis, the same motor, same tyres, the same setup and therefore the same kart. It is the driver, his know-how that will make the difference.”

Not only will all drivers be given the same tools, the technical nature of the circuits on the calendar will further accentuate the driver’s ability. “With the race taking place in city centres it adds an even more technical element than classic circuits, due to the fact that you have close walls, like in the Monaco GP, which gains its reputation for this feature because it’s a mythical GP, at the same time dangerous and technically demanding.”

As the karts make their way around the streets of the Principality, which are iconic within the world of motorsport, there will be one immediately noticeable sensory difference – the lack of sound. That is of course, a by-product of a kart that is completely electric.

What is perhaps most impressive about these electronic karts, is their performance. As Piccione rightly points out, there still remains a significant difference in the performance of electric vehicles relative to their thermal counterparts in most sporting series. “Formula currently isn’t at the same level of performance as Formula one, but they’ll certainly get there.”

In contrast, huge technological advances have allowed for the construction of an electronic kart with a performance equivalent to that of a thermal kart. “The advantage today of electric karting, compared to Formula E, is that today the electric kart has an equal performance to a thermal car. We are therefore arriving with a product with identical performance, even superior in certain regards.”

And that’s not all, Piccione believes that electric karts will soon outpace their gas-guzzling equivalents. “In six months to a year, we’re definitely going to have superior performance, so for us that is an advantage for sure.”

The project is certainly in keeping with the objectives of the Principality which, as Piccione notes, has an “automobile heritage as well as its environmental heritage that the Prince has defended for many years now.”

In fact, the project has an entire national orientation, down even to the make-up of the kart itself. One particularly notable contributor to the project is Charles Leclerc, whose brand provides the chassis’. “We have a technical partnership with the Leclerc brand, and with Charles himself directly. We use his brand because we wanted the brand to be as national as possible. It was therefore natural for us to associate ourselves with it.”

He continued, “The plan is therefore to bridge Europe, and at the same time create a European championship, with races in all of the major capitals. So, the aim is for national expansion, a European expansion, and in two or three years, a World Championship, why not? To give this project a global reach. I think the project has an enormous potential for pretty rapid growth.”

Piccione clearly has global ambitions, but recognises the work that must go in in the short-term in order to make this revolutionary new sporting concept flourish. “We need to concretise it. It won’t be an easy year, there is a lot of work ahead of us, but we are all committed to this beautiful project, wanting to create a real global success story.” 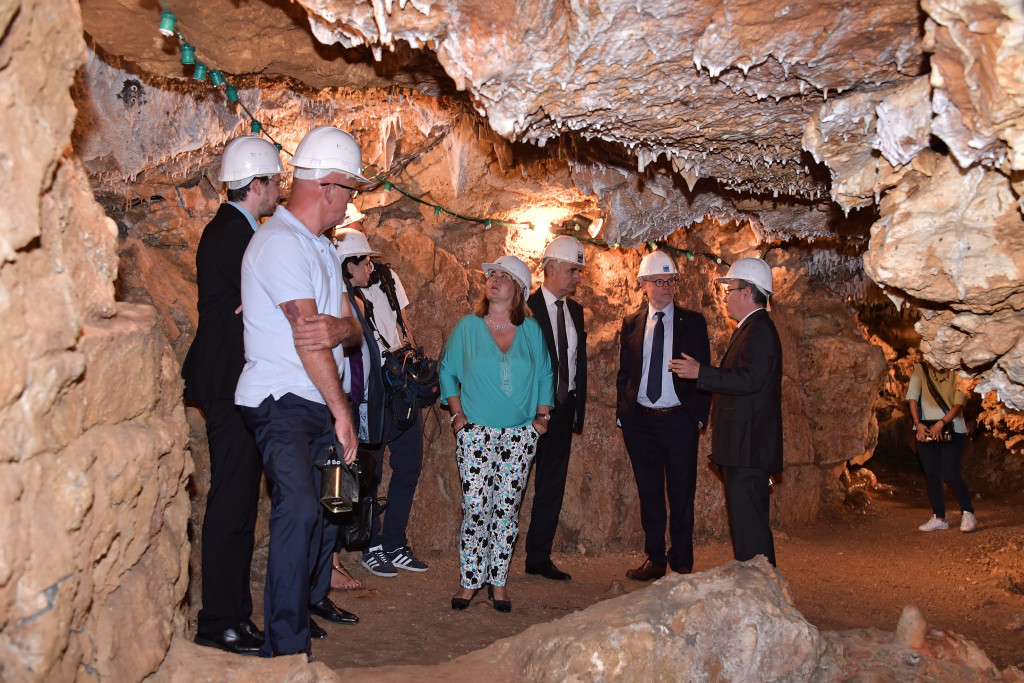 © Direction de la Communication - Charly Gallo[/caption] Minister of State HE Mr Serge Telle and Mrs. Marie-Pierre Gramaglia, Government Counselor-Minister of Equipment, Environment and Town Planning, visited the Vaulabelle and Testimonio springs on Friday, July 8. They were accompanied by a delegation composed, among others, of Mr. Olivier Grunberg, Deputy Managing Director in charge of the General Secretariat of Veolia Eau France and Chairman of the Monaco water company,  Monégasque Des Eaux (SMEaux), Mr. Manuel Nardi, General Manager of SMEaux , Mr. Jean-Luc Puyo, Director of Urban Development, members of the Public Works Department and representatives of the Marzocco Group, the operator of the Testimonio project. The delegation visited the Vaulabelle spring, then moved to the Testimonio II site for a visit to the tunnel under construction that will ultimately capture the water for Testimonio. This visit marked the importance for the Government of the preservation of the Testimonio spring, which is the largest local drinking water resource in the Principality. For the record, the six natural water sources for the Principality - Ingram, Testimonio, Marie, Vaulabelle, North Well, and Alice - provide between 30 and 50 percent of annual consumption. The water, stored in the seven reservoirs of the Principality, feeds the distribution network that serves the entire territory, carrying five million cubic metres per year. SMEaux ensures local supplies after processing at its Larvotto plant, as well as storage and transport of water to consumers. It also manages the wastewater treatment plant to which the wastewater from the Principality and Beausoleil passes. Forty employees ensure the continuity of essential public services, 24 hours a day, 365 days a year.