This year’s epidemic has been catastrophic for many businesses, but some companies have managed to turn hefty profits despite the downturn. Here are the top seven.

Monaco Vidéo Electrique has just been awarded its security qualification, enabling it to assist the Principality in its digital security strategy.

The Constitutional Reserve Fund (CRF), Monaco’s “nest egg”, sat at a whopping €5.7 billion in assets at the end of last year. 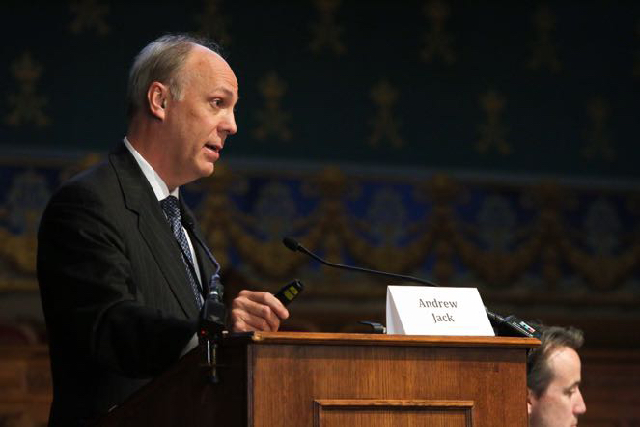 Andy Jack, Covington & Burling LLP Partner and Co-Chair Clean Energy and Climate Industry Group. Photo: CleanEquity Monaco[/caption] ML: Can you tell us about your background and would you say you were socially aware growing up? AJ: I was born in Nashville, Tennessee, and raised mostly in the Washington, DC area, I’ve been politically aware and was politically involved in my younger days. I went to college at George Washington University and majored in International Affairs. I was interested potentially in joining the Foreign Service or the Intelligence Community but initially got into law school and became a corporate and securities transactional lawyer. Pretty much my entire career has been spent at Covington & Burling. ML: You introduced the idea of the Clean Energy Group to Covington & Burling? AJ: In the 2006/2007 timeframe, I began representing a company called Energy Conversion Devices that had several different clean energy technologies, which included an amorphous silicon thin film solar business and a solid hydrogen storage business. The firm also had the basic patents for a nickel-metal hydride rechargeable battery, as well as a joint venture with Chevron to build batteries for hybrid and electric vehicles. I began to take stock of all the different clients Covington had under the umbrella of clean energy, and concluded that it made sense for the firm to organise a Clean Industry Group. We started up in late 2008 and we now have about 85 of the approximately 1,000 lawyers in the firm who are devoting a fair amount of their time to working with clean energy clients within several verticals: solar, wind, biofuels, energy efficiency, energy storage and advanced vehicles. ML: Did it take some convincing before Covington gave the green light to develop the Clean Energy Group? AJ: Not at all. Covington is a special law firm. We are highly collaborative and part of our core culture is to bring together the right lawyers from all different practice areas to help clients solve not legal problems but business problems that involve multi-disciplinary legal solutions. At the time, a number of law firms were beginning to evolve into creating industry groups as an overlay to what had been traditional practice groups. We at Covington had organised a Life Sciences Industry Group so the Clean Energy and Climate Industry Group was the second of the firm’s industry groups, but we have proliferated industry groups since then. ML: What was your motivation in creating the Clean Energy and Climate Industry Group? AJ: I saw at the time a number of macroeconomic factors that I thought were going to drive tremendous growth in the industry. And it’s an industry that is clearly capital intensive, regulatory and policy intensive, intellectual property intensive, international in scope and impactful on the world because it is bringing disruptive technology for positive change. And looking at that landscape I realised that the kind of milieu, to use a cliché, is a perfect storm that lawyers and firms, like Covington, are effective at knitting together; regulatory, intellectual, public policy and legislation, dispute resolution and transactional lawyers, all within the same set of issues. ML: How has the industry changed since Clean Energy Group was formed? AJ: I think the arc is still positive and it’s driven by global macroeconomic factors that demand efficiency and ultimately lower carbon intensity of our energy infrastructure. One of the things we’ve seen in the last two years is a shift in the industry towards a much greater commitment by major global corporations to supporting the growth of renewable energy and the growth of carbon reduction. ML: Is this commitment a result of COP21, the 2015 United Nations Climate Change Conference, which took place in Paris? AJ: Paris was meaningful but Paris was not, I think, what caused this shift. Paris was a culmination of efforts by governments and the corporate sector to realise that the world needed to move in this direction, but really corporations are motivated by what benefits the bottom line. They recognise that the technologies that make renewable energy have come down in cost and that efficiency gains that can be generated from clean tech, obviously, reduce costs. ML: I read a quote where you said that the industry is now being driven by a combination of economic and business factors that aren’t political, regardless of the Trump administration and its policies. AJ: Obviously we will have to see precisely what will happen, and the US is just one market. There are global political factors that are still favouring markets around the world, but I think that the US business sector, as well as state policies that are not affected by federal policy, will continue to drive this industry forward. 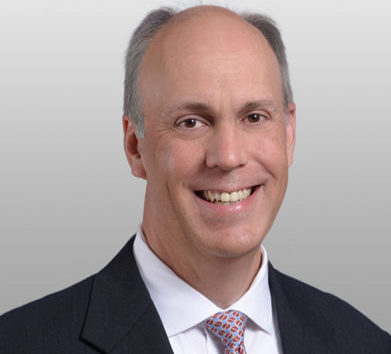 ML: What is a typical day for Andy Jack? AJ: I wear many hats. Within the clean energy space, we divide the work into three different categories. There’s our transactional umbrella, which includes negotiating deals, capital raising, mergers and acquisitions or collaboration agreements. Then there is regulatory and government affairs work, which is either advising clients on how to comply with regulations or helping clients to navigate regulations, as well as how to shape new regulations or new laws. The third category is dispute resolution work, either arbitration or litigation, which can involve commercial disputes between parties or disputes between parties and government actors. And wearing my hats, I’m a corporate transactional lawyer when I’m lawyering, but within the Clean Energy Group, I participate in all three of the categories, and spend a lot of time trying to help our lawyers in the firm to coordinate on matters to help clients solve problems. ML: What is the key to helping your clients solve problems? AJ: What makes it work is expertise in the law, creativity and collaboration among our colleagues here, and dedication to finding the best result for the client – understanding the nature of the client’s problem within the understanding of the industry in which they operate. It’s bringing together judgement and knowledge, in addition to legal expertise, that I think really sets us apart. ML: And how did you become involved with CleanEquity® Monaco(CEM), and its co-founder, Mungo Park? AJ: When CleanEquity® began, Mungo Park reached out to our former colleague George Frampton, who brought this to my attention, and we decided to give it a shot. I heard rave reviews from my colleagues who’d attended, and they all said, “Andy, you really need to go to this and see it.” So I did, during its fifth year, and immediately understood what made CleanEquity® Monaco special and how it was different from many other venture capital conferences. One of the things that Mungo and his team do spectacularly well is that they bring together a bespoke group of truly exciting and innovative companies every year to a venue that it is certainly nice to go to, Monaco. The venue lends itself to a level of collaboration and comfort of networking that is different from something happening in New York or Silicon Valley. The other feature that distinguishes CEM is the investors; there are many corporate strategics that tend to participate, as well as impact investors and sovereign wealth funds, and very few traditional venture capital firms. And so the conversations that occur tend to be with companies that are seeking to commercialise through a strategic partnership arrangement, or through a strategic exit, much more so than a traditional venture capital investment with Rounds A, B, C and D and then IPO. Strategic collaboration agreements, that are not cookie cutter but bespoke deals, are one of the things Covington does a lot and does well, and the collaboration between a disruptive technology emerging growth company and a major corporation is always a very interesting transaction. We have succeeded in representing companies that have presented at CleanEquity® Monaco, in those kinds of transactions with major corporates, and we’ve also represented major corporates and transactions with CleanEquity® Monaco. ML: Why do we need CEM? AJ: I have not seen other conferences in a setting like this, where the quality of attendees and participants have a focus that is much more on commercialising these technologies with strategic partnerships.

Business & Finance Stephanie Horsman - July 23, 2020
In an effort to support the construction sector, the Prince’s government has adopted stimulus measures to partially compensate for the delays caused by the closure of sites.