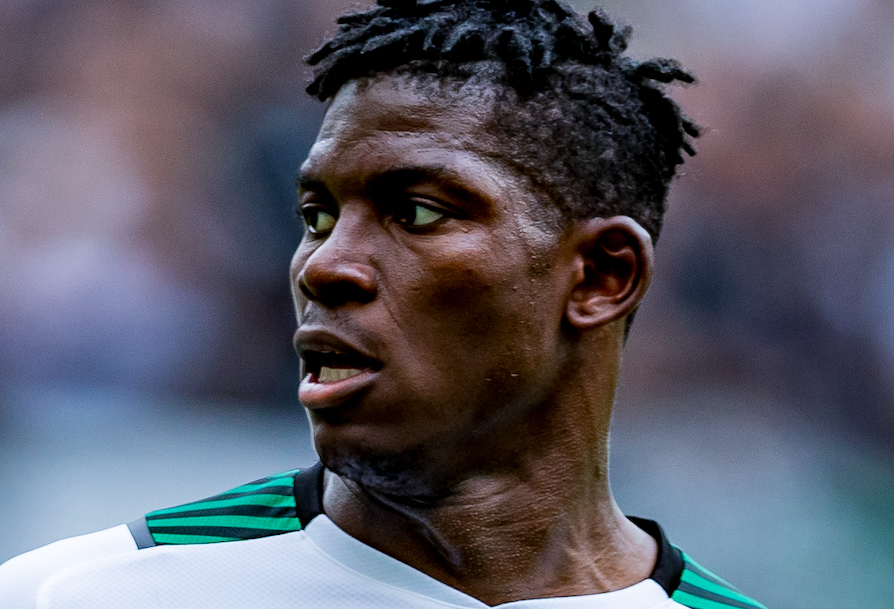 AS Monaco’s new recruit Breel Embolo has come a long way since his days in the Basel academy. As his former youth coach told Monaco Life, the Swiss international is ready to make the step up.

Massimo Ceccaroni coached Embolo at U16, U18 and U21 level at Basel, and recalls the unmistakable potential that Monaco’s new forward showed. “He spent just one year with the U16s, then one year at the U18s, and then just one year after that he joined the U21s. Once there, he quickly made the last step to the first team because he was physically so strong,’ began Ceccaroni. “He was the player, you saw it in the U16, that had more potential than any other player,” he continued.

From Cameroon to the Swiss academy

Embolo’s route just to that point was far from conventional or simple. “He came from nothing,” said Ceccaroni. Born in Yaoundé, Cameroon, he moved to France with his mother at an early age. Soon after he moved to Switzerland, where he could take his passion for football from the street to the academy, firstly with FC Nordstern Basel Jugend, then with the Old Boys Youth, before eventually joining Basel.

There, his eagerness and passion for the game immediately shone through. Ceccaroni evokes a memory of a young Embolo, who was willing to take to the pitch at – almost – any cost. “You saw at the beginning he had to play as a striker – no.9, no.11, no.7… he doesn’t care. He said to the coaches, ‘Listen, I know perhaps I wasn’t so good in the training session, but I don’t care if you let me play as a no.9, I just want to play. Maybe not as a goalkeeper, but even as a central defender.’ It means a lot in terms of his attitude. He loves football; he loves to be in the team.  Breel is, from top to bottom, a football player,” said Ceccaroni.

Pedagogy of a footballer

He also loves to learn. An “open-minded” player, Ceccaroni believes that in moving to Monaco, Embolo is making a forward step in his career, which inherently implies an evolutionary, pedagogical process. Whilst his former youth coach waxes lyrical about certain aspects of his game, he believes he can improve a number of facets in order to become a more complete player.

“He’s doing a lot with his mentality and with his physique, but in terms of technique I think he’ll learn something in Monaco. That’s the same for the tactical side as well, he will be open to learning more. In Germany, these elements aren’t necessarily the focus in the training sessions. They are very athletic and want to play very offensive football. I think in France, he can learn a lot tactically. It’s the right moment to make the next step,” said Ceccaroni.

A system of support

He will need help in doing so. As an expressive, confident player on the pitch, Ceccaroni reveals that off the pitch, he can be a “sensitive” character – someone who needs a hand on the shoulder.

Philippe Clement has been praised for his man management by members of Monaco’s current crop. That, and of course the confidence shown him by the recruitment department, will certainly help him to bed in quicker and to express himself on the pitch. “I have the confidence of the club’s hierarchy, who have shown me what is a very fine sporting project,” said Embolo during his unveiling as a Monaco player.

“Breel is also a little bit sensitive,” says Ceccaroni. “If Clement can be close to Breel, he will get more out of him. He needs the right environment, he needs to be comfortable,” he continued. In Clement, Embolo may have the right manager, at the right moment. At 25, the Swiss international is reaching the peak of his powers, and Clement could extract the best out of him.

Thus far, despite netting 32 times in 136 Bundesliga performances, there is a lingering feeling that he has not yet fulfilled the potential that he first showed when he burst onto the scene with the Switzerland team at Euro 2016 at the age of 19.

Those performances earned him a €26.5m move to Schalke, at which point inopportune injuries began to slow down his progression. A fibula fracture ruled him out of the majority of his debut season in the Bundesliga. Since, injuries have arrived at regular intervals. An ankle fracture in 2017 kept him on the treatment table for over five months and a fractured foot saw him miss four months of the 2018/19 season.

He then moved on from Schalke and joined Borussia Mönchengladbach, which didn’t entail a change in fortunes. Although the severity of the injuries sustained decreased, the regularity of them increased. Last season, he missed 90 days due to two separate hamstring injuries.

Ceccaroni speculated about the causes of his injury record: “If you look at his career, he picks up injuries at the worst moments. As he’s very strong and plays very physically, he does pick up injuries and then that has knocked him back.”

As well as endowing Embolo with confidence, Clement’s expertise, as well as those of James Bunce and his performance department, will help in this regard. Constructing the perfect training regime, tailored to Embolo’s needs and capacities will play an essential part in keeping him injury free and, by extension, maximising his potential.

Cutting his own path

Delivering on that potential is now Embolo’s task. As he said last week, “I’m at the right age to fully develop here.” When it comes to his personal progression, Embolo has always first and foremost taken the decisions that he believes to be in his best interest. Following Euro 2016, Embolo was linked to any and every major club. However, during that period, which would be unsettling for most players, Embolo remained focused on his game. “I think he was very relaxed about that. I think people around him were more interested in the big clubs than him. He wasn’t influenced by other people, who were saying ‘You have to go there or go there.’ No, he focused on football,” said Ceccaroni.

His latest move to AS Monaco has been taken with his personal development in mind, but as Ceccaroni stressed, Embolo is a “team player”. He continued, “If he’s only trying to be the star, he feels lost. I think this is such an important part of him.” A player endowed with natural ability, there is no reason why, at Monaco, Embolo can’t fulfil both his desire to develop and to be part of a cohesive unit, capable of chasing silverware.