Interview: “Peace and Sport is a perfect fit for everything I believe in,” says Paula Radcliffe

Interview: “Peace and Sport is a perfect fit for everything I believe in,” says Paula Radcliffe 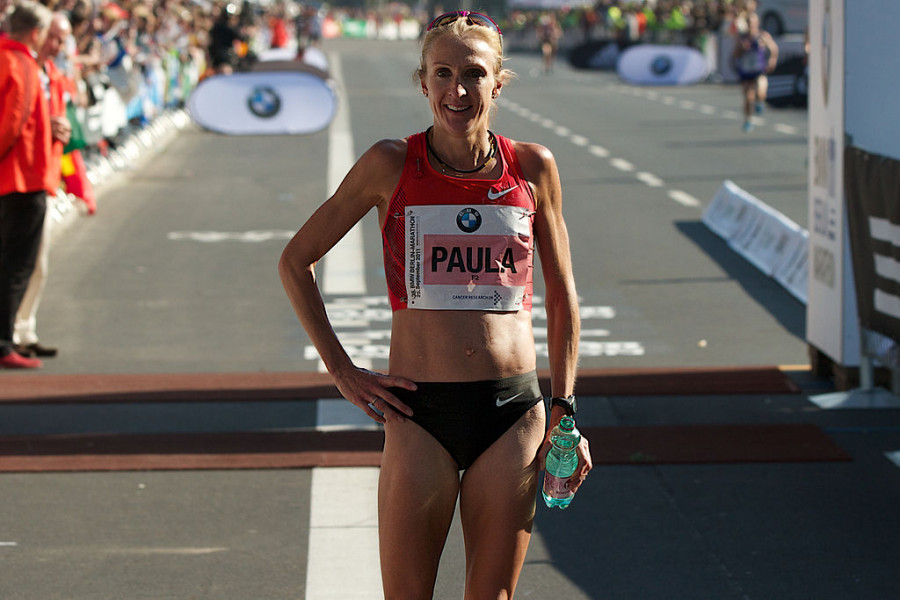 Speaking to Monaco Life at last week’s Peace and Sport International Forum, former marathon record-holder Paula Radcliffe spoke about being “grateful” for her glistening career as well as the positive qualities of an elite sportsperson.

Having resided in Monaco since 2005, former marathon runner Paula Radcliffe continues to enjoy and indulge in a sport from which she retired in 2015. However, during her long and illustrious career, Radcliffe was moulded by a set of positive values inherent and exuded by sport in its most pure form. Through her work with Peace and Sport, she now seeks to share and democratise those values, as she explained to Monaco Life.

It’s not something you really think about when you’re setting them. When I set the first one, I knew I could improve on it. Then when I improved on it in London, I knew it would be harder again to improve on, but I thought I could still run quicker. Obviously it got to a point in my career where I realised I couldn’t run any quicker, then I wasn’t even running anywhere. When [my record] got beaten, it wasn’t like I could get back out there and earn the record back again. That was never going to happen.

It was kind of surreal. When I broke it, it had stood for only a year. Catherine Ndereba had set it the year before, she broke it from [Naoko] Takahashi and she broke it from [Tegla] Loroupe, but before that, Ingrid Kristiansen had held it. One of the things that really inspired me to get into running was standing on the side of the road in London ’85 and watching Kristiansen set that record. I was inspired by everything about the London marathon that day: the atmosphere, the buzz, the vibe and the fact that there was this woman running amongst the men – because it was mixed at that point – and she was at the front, looking so strong. I remember thinking that one day, I’d love to run like that. To get her record was really special, even if it was no longer her record. She had held it for 13 years. I thought, wouldn’t it be nice to hold it for as long as she did, which I managed to do. Then the new shoes came in and I knew it was only a question of time.

In some areas, for example, Jonathan Edwards’ triple-jump record stands from 1995. There are ones that still stand. I do think Jonathan’s was because he was just technically so perfect on that day. Perhaps without the progression and intervention of shoe technology, maybe it would have stood longer. Progression is natural; the human body keeps improving. I think there are now, on a technical level, people who are better than [Brigid] Kosgei (2:14:04 set in October 2019), and if they put a race together, it could really go forward. But you never know with a marathon. I think Gadei, when you know she can run a 62 [minute] half, then she’s got to be able to get it down towards two [hours] 12 [minutes]. There are lots coming through, but being quick on the track doesn’t necessarily translate to being quick on the road. I do think that record will be broken again.

How was that period around 2012 when your injuries became more persistent? Were you mentally preparing for your post-career?

I wasn’t really, no. If I could still be running now, I would. I didn’t find it a sacrifice to go away and train. I just found it difficult to do all the work and then get injured so I couldn’t do the race. When your body keeps breaking down, there isn’t much you can do about it. Having ‘the shoes’ earlier might have helped give me a few more years, and it was cruel in the end that my foot basically gave up on me about a month before my last Olympics in London. It just never worked out for me for the Olympics, but then lots of other things worked out. I got that foot injury in ‘94 so I could not have had a career at all. I could look at it both ways. I choose to be grateful for what I did get.

You now work with Peace and Sport. What made you choose to go in this direction?

I think Peace and Sport is a perfect fit for everything I believe in. Along with trying to get kids more active and healthier through exercise and everything that sport can bring: knowing yourself better, getting more out of yourself, going on to achieving more in life, working as a team more, all of those things. Trying to make a difference through sport around the world is the best way to move forward. I just think there are so many things going on in the world at the moment that don’t work in the next generation’s favour at all. Trying to do what we can to get the world to wake up and show that there are things that matter and things that don’t matter. We need to focus on the former and get everyone moving in the right direction. It feels like people are making issues out of things that shouldn’t be issues and not looking at the real problems and trying to do something about them.

We know that Peace and Sport isn’t going to make a huge difference overnight, but it can make a difference in places where perhaps the United Nations going in is too much. Bringing people together and helping people enjoy sport together is a great way to bring communities together.

Sport opens people’s minds up. People that do sport are generally more open-minded, less discriminatory and more willing to listen. People say that to succeed in sport you have to be selfish, but most sportspeople are not selfish.

Why would you say that sportspeople are more open-minded and why is there this disparity in the morality of the sportspeople themselves and the organisations that run the sports?

It’s hard to get your head around. I think sportspeople are more open-minded because you have to accept things for what they are. You can control yourself, you can’t control other people. You can only be the best that you can be. That spills over into life as well. That comradery of seeing both sides of it: seeing the victory and also seeing the defeat and knowing that that isn’t life and death either. It gives you a perspective.

Working towards something also builds team spirit and you meet a lot of like-minded people. A lot of the governing bodies are actually run by former sportspeople and it’s like they change once they get the power. We know that power and money corrupt, but it’s sad. It’s not everyone. There are still good people in charge of sports organisations, but there should be more good people in charge. Maybe the success of the organisation becomes bigger than their values.