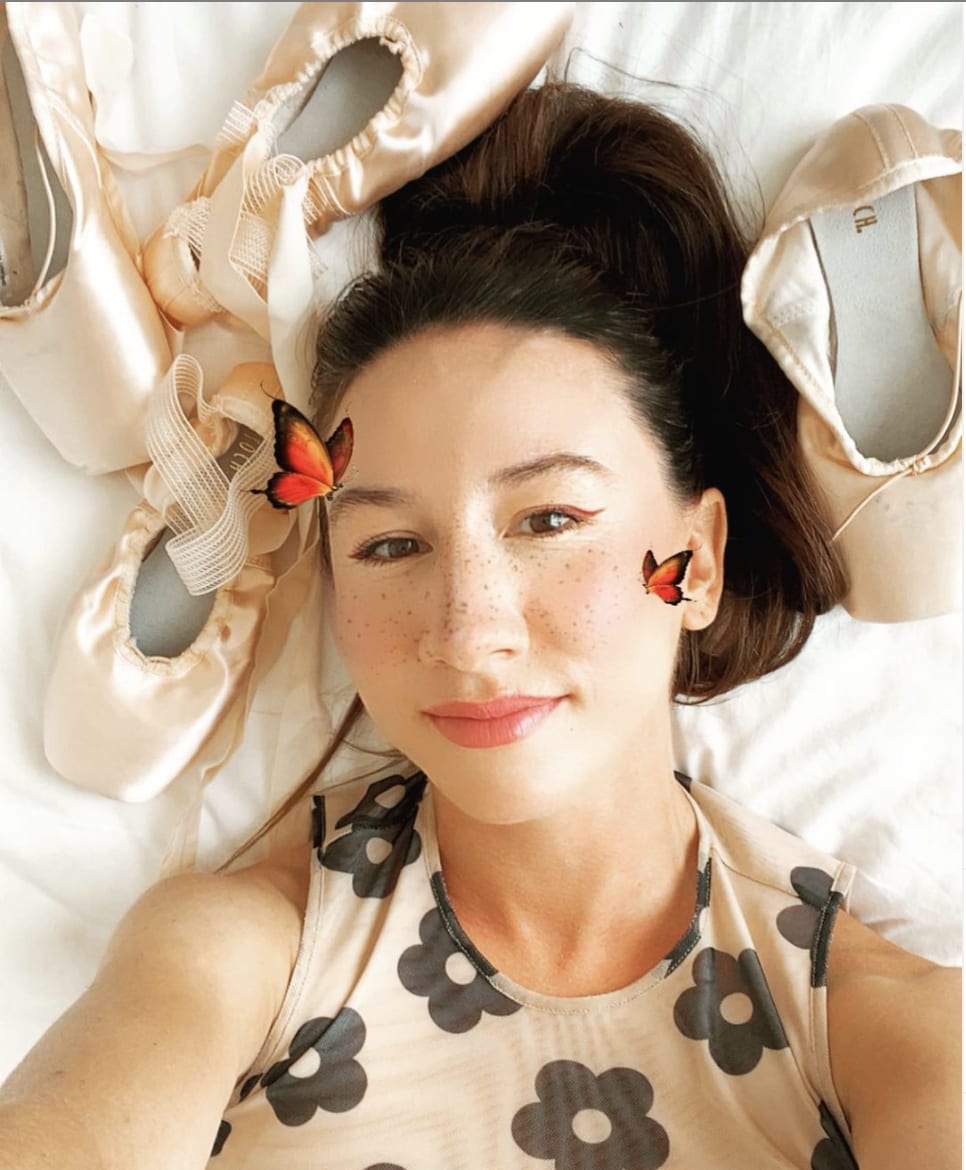 Isabella is one of the most renowned ballerinas in the world. A principal dancer at American Ballet Theatre in New York City, she’s danced iconic roles in ballet such as Swan Lake and Romeo and Juliet. Look no further than to her enormous Instagram fan base from around the world to understand that she is one of the brightest lights from the dance world. She’s also an entrepreneur, a devoted bibliophile and an avid foodie. Isabella received a 2009 Princess Grace Award in Dance while a soloist at American Ballet Theatre (ABT).
You started dancing at the age of three in your hometown of Sun Valley, Idaho, but from a very young age, your talent became evident. Can you tell us how you went from Sun Valley to the stage of American Ballet Theatre?
Sun Valley is a big ski town so when my mum signed me up for local ballet classes, that was probably my favourite activity in addition to skiing. I just loved the musicality, the expressiveness of it and also the extreme challenge of mastering each new step that came my way. I finally begged my parents to let me go to a ballet boarding school for high school, and they relented because at that point I had been commuting to and from classes and it was just too much to maintain my academics at the same time as seriously pursuing ballet. So, I attended a ballet boarding school in Florida. After my junior year in high school there, I was scouted by the director of the American Ballet Theatre Studio Company, which is the junior company of American Ballet Theatre, and offered a spot. But my parents wouldn’t let me go because I still had one more year of high school, so I deferred the opportunity and then came to New York in 2005 and have been dancing with American Ballet Theatre ever since.
You received your Princess Grace Award in 2009. Tell us what the award meant to you?
It was such a huge confidence booster, honestly. It says that you’re on the right track, you’re doing great, keep up the great work, and we see you.  Honestly it was such a gift to be able to receive that kind of motivation; and the assurance that people believed in me at that point in my career where I was still trying to ascend through the ranks of ABT.
Your dancing is stunning and appears to be effortless. But we all know it’s the result of many hours of training and hard work. What is your training regimen?
I train for up to nine hours a day, starting with ballet class at 10:15am. There are days where I literally rehearse straight through until 7pm and that’s brutal. Luckily that’s not the norm. A more typical day is probably closer to five to seven hours of rehearsal. 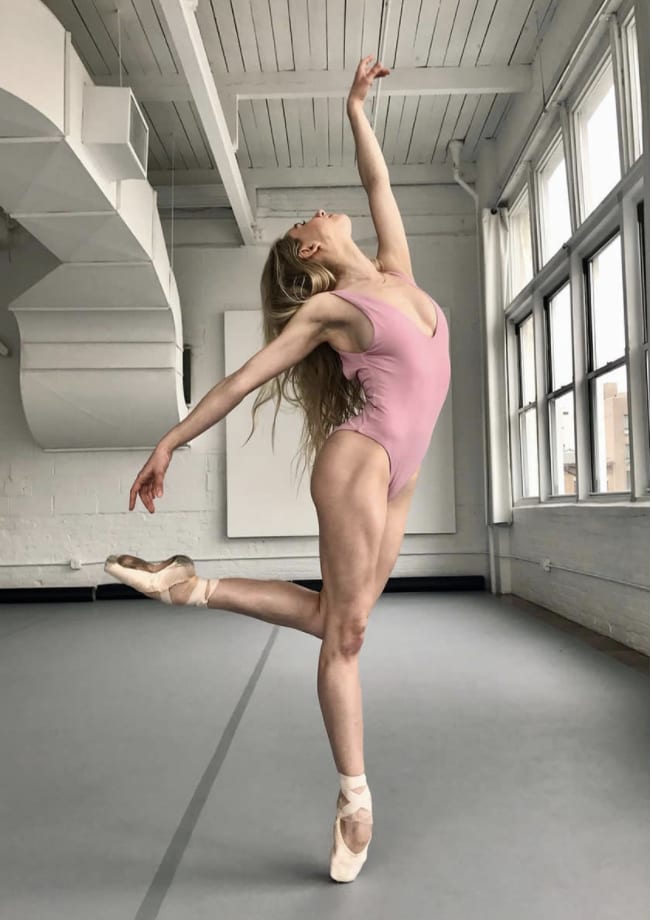 Wow. Is that always preparing for a specific role?
Yes, the way ABT is structured is that we have our Met [at the Metropolitan Opera House in New York City] season, which is our big spring season, akin to a playoff season, for eight weeks and every week is a different ballet. It is unique in that we’ll be rehearsing for eight or 13 ballets at a time to get ready for that next season whereas a lot of European companies have a much more slower pace where they’ll be performing one ballet at a time, so they’ll have a couple of months to prepare for that ballet and then they’ll move on to the next production. But ABT is really unique and I don’t know of any other company that maintains that insane pace.
You’ve also studied acting. In fact, you got a second Princess Grace grant to hire an acting coach. How has that affected your approach to preparing for these roles?
I’m so thankful to the Princess Grace Foundation-USA for giving me the Professional Development grant so that I was able to hire an acting coach. I do feel like there are certain gaps in a dancer’s education. For instance, I play so many different characters, but there was never anything that got me ready or gave me the tools to build a character. It was such a game changer for me to get that grant and be able to use the funds to really feel like I could learn a new skill that I could immediately apply to my ballet career.
Speaking of acting, you were Hollywood star Jennifer Lawrence’s ballet body double in the film Red Sparrow. What was that experience like?
It was so cool. We shot it in Budapest. I went in January and it was freezing but such a beautiful city. It was a really interesting and totally new experience for me. Seeing how films work and getting to work with Jennifer Lawrence and Francis Lawrence, the director, was amazing. They’re both such professionals and artists. The biggest difference for me was the schedule – I’m not a morning person and I would have to wake up at 3am or 4am to get into hair and makeup. That was rough! But one of the cool things about film is you can do as many takes as you need to get it perfect, unlike live performance when you just have that one shot and you don’t get to edit it or do it over.
Are you going to do any more films?
I would love to. I have a documentary in the works, actually, with director Jon Avnet who has done a lot. He directed Risky Business and Fried Green Tomatoes. I’m excited about that. Our schedule has shifted dramatically, but I’m really honoured that he wanted to feature me.


In addition to being one of the most accomplished ballerinas in the world, you’re also an entrepreneur: starting a summer dance festival in your hometown and founding the Ballerina Book Club. Is there an opportunity – perhaps a dance role or a business accomplishment – that is still on your bucket list?
A couple of years ago, I was able to attend a program at Harvard Business School called Crossover into Business for Pro Athletes. After I did that program, I started to think that maybe I would like to start my own business one day.
You are also a “foodie”. If you had an opportunity to share a meal with Princess Grace anywhere in the world, where would you take her and what would you eat?
I love that question! Pasta is my favourite food, so it’s definitely going to be somewhere that has good pasta. Well, Tokyo does Italian food really well actually; it would be wild to go somewhere in Tokyo. There’s a little pizza place that I love in Tokyo called Savoy, so maybe that. Or honestly, just sitting outside in Rome somewhere and having bucatini all’amatriciana, I think that would be pretty hard to beat.
I like the idea of eating Italian food in Japan with Princess Grace. That would certainly be incredible. Before we wrap up, is there anything else you’d like to say to the Monaco community?
Ballet is essential. Being able to connect with people from all over the world, dancers from all over the world via Instagram, and the classes that I’ve been doing on my Instagram Live has really made me realise even more how essential art is in connecting us and lifting us up during difficult times. The arts are really more important than ever.