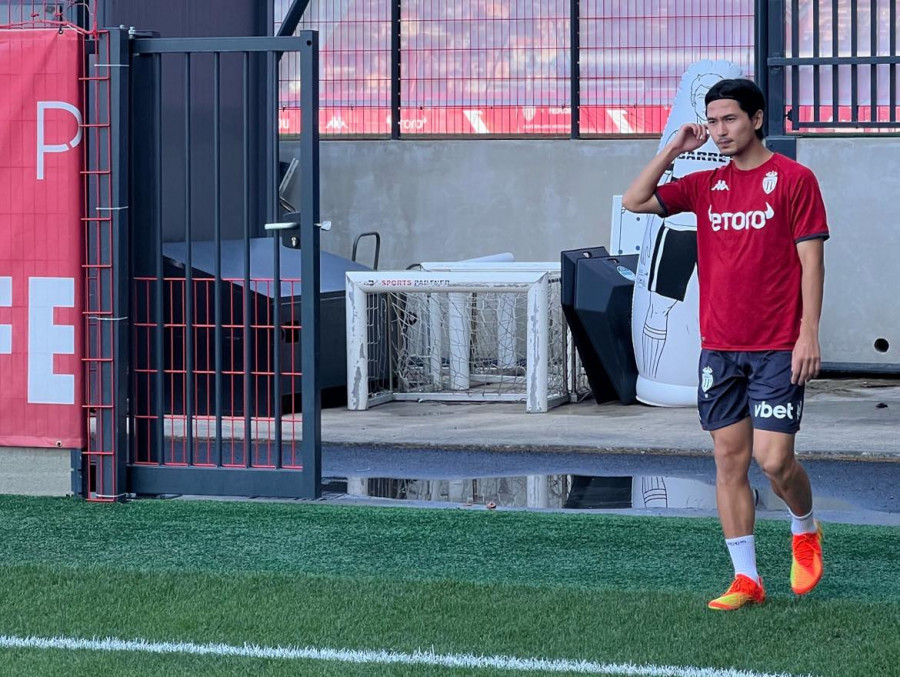 Takumi Minamino is beginning to hit his stride after a difficult start at AS Monaco, but his focus now shifts to the World Cup and the Japanese international has lofty ambitions.

The forward signed from Liverpool for a reported €15m this summer. Despite coming from one of the most renowned clubs in the world, he didn’t manage to hit the ground running, but as Minamino’s understanding of his new surroundings has improved, so have his performances.

Days before his departure for Qatar, Monaco Life was invited for a roundtable interview with Minamino to talk about his start to life in the Principality, and his ambitions for the upcoming World Cup.

“I wanted to show my best side from the beginning.”

By his own admission, Minamino’s integration hasn’t been as seamless as he had hoped. For a player highly reliant on automatisms, and who thrives in tight interchanges with his teammates, constructing new understandings naturally took time.

“I wanted to show my best side from the beginning, but I feel as though it wasn’t easy. Lately, and I can’t put my finger on why, I feel as though I’m improving every week. At the beginning of the season, the team was struggling as well. We were knocked out of the Champions League and we received lots of red cards. We were unlucky. Now I try to focus on how I can help the team more and more. I’m getting better,” said Minamino.

Naturally, a big part of that integration is learning the language, and his linguistic improvement is bearing fruit on the pitch.

“My communication is getting better. At the start, it was difficult because it’s always difficult moving to a different country and a different league with a different language. Now it’s okay. I have improved and I’m feeling good,” he explained.

Nonetheless, Minamino is still relishing the chance to link up with his international teammates, where the eradication of the linguistic barrier helps his overall game: “With the national team, it is easier to play, because we can speak our [own] language.”

“Of course, we want to win the World Cup.”

A few months ago, the World Cup break would have constituted a welcome distraction, but feeling more comfortable in his club football, Minamino now feels in a good position to accomplish his “dream”.

“Here in Monaco, I feel as though I’m getting better every week. That gives me the confidence to play in the World Cup. I feel as though a dream has come true,” said the former Liverpool forward.

But Minamino and his Japanese teammates aren’t just going to make up the numbers.

“Of course, we want to win the World Cup. This is also my dream. If we want to do something big, we just need to focus on the next game each time. This is the most important thing. It’s a difficult group: Germany, Spain, Costa Rica… But in football, everything is possible. We trust ourselves to show our best side,” he said.

Japan may not go into the tournament as one of the favourites. Simply getting out of the group sounds like an uphill task. However, in Minamino, Japan have a playmaker who is beginning to refind his golden touch. International football is defined by such small margins, and a player of his quality is certainly capable of proving the difference.