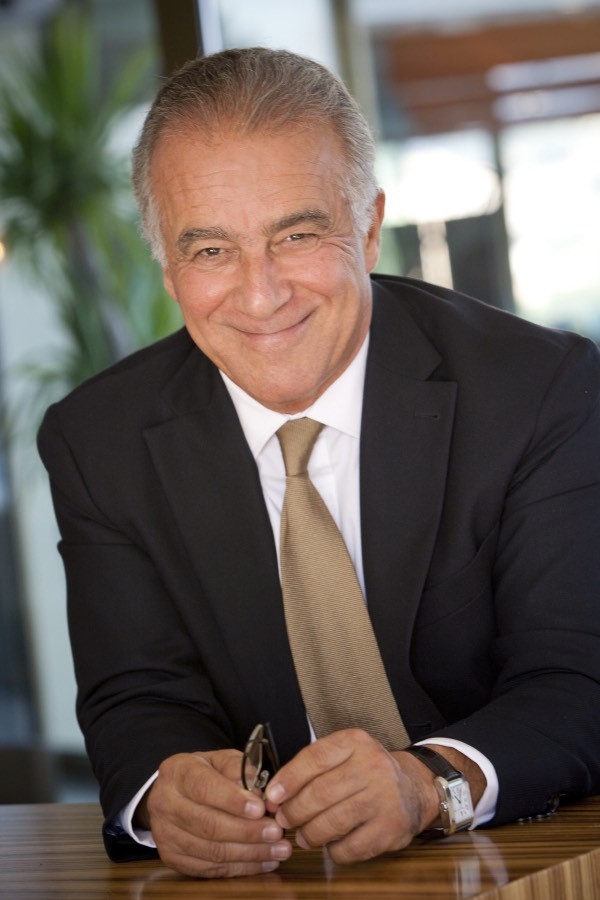 The Fairmont Monte Carlo is one of the most recognisable architectural achievements in the Principality of Monaco. Cradling the Mediterranean coastline, this enormous contemporary hotel and its 600-strong staff form a unique little village, serving as a platform for some of the region’s largest congresses and accommodating hundreds of international guests every night.

At the helm is Xavier Rugeroni who, over recent years, has transformed the Fairmont from a tired, outdated hotel to one of the most important business-generating venues in the Principality, with a world-renowned restaurant and a unique rooftop “beach”.

Now, the Fairmont is set to enter another interesting phase of its existence: it will be a neighbour to Monaco’s ambitious new eco-district, which is currently being constructed on the sea.

Regional Vice-President and General Manager Xavier Rugeroni spoke to Monaco Life about his incredible achievements so far and what he thinks the future holds for one of the Principality’s most iconic hotels.

Cassandra: Xavier, you have worked at numerous hotels across the globe, you are fluent in four languages, and was awarded General Manager of the Year of the Principality of Monaco in 2001 and decorated with the Medaille de l’Ordre de St. Charles by Prince Albert in 2005. What brought you to the Fairmont?

Xavier: What attracted me was the tremendous challenge that lay ahead. The hotel was iconic and had been the focus of the Principality for many a year, but it had lost a bit of its glamour. It was a tremendous opportunity to do some very special things. That was 12 years ago, which has been the longest stint I have ever done in any one job, but I have loved every minute of it.

I was basically repositioning the Fairmont in a different commercial environment. The whole promotional base had changed completely. I think the challenge for me was to try and bring it into that context, but at the same time retain a lot of its strength, and that was very much its people. One of the biggest challenges we had at that time was the hotel had drifted for a couple of years and that had an impact on staff motivation, so it was a matter of rekindling that and giving them hope and vision for the future. But it was relatively easy to be done because the base was very strong.

How many staff are employed at the Fairmont?

All year round we are looking at around 550 on average, but in the summer it is closer to 620. So it is a small village, we have all the emotions, all the politics, all the gossip… everything that goes along with it, it’s great.

What would you say have been the biggest achievements of your career here?

I think the biggest achievement is that we have completely repositioned ourselves as a modern entity, coming back from a very traditional position. The challenge was bringing the Fairmont into today’s world, defining its purpose and role in the marketplace, particularly in a destination like Monaco. We had to challenge the status quo. With the Fairmont being Canadian, we had a footprint that was very much in our DNA, and at the same time we needed to adapt to the European way of life, but then we also needed to become a little bit more contemporary.

The way we did that, which was challenging at the time because not a lot of people were understanding, is when we brought in Nobu. It was the first internationally-branded restaurant in Monaco. Nobody had done anything like it. And that was topped when we brought in Nikki Beach. Everybody was wondering, “what on earth are they doing?”, but at the end of the day it needed to be done because the Fairmont had to come in line with the times. And looking back on it after five years, it has possibly been one of the best decisions I have made.

Tell me about the image of the Fairmont internationally?

I think the best way to say it, is that the Fairmont today is the postcard of Monaco. Yes you have palaces like the Hôtel de Paris, the Hermitage and the Metropole, but at the end of the day the Fairmont keeps Monaco ticking along. Because without the Fairmont we can not do what we do in Monaco. For example, you have big city-wide events like congresses, that take 500 rooms alone (we have a 600 room capacity). Without us it would not be possible to stage these events in the Principality. In addition to that we have a fantastic food and beverage offer. So we are regularly chosen as the hotel of choice for people because here you can have the conference, the bedroom space and the food and beverage offer.

The land extension and new eco-district is taking shape directly in front of the Fairmont. What impact has that had on the hotel?

Well of course it has had an impact given its proximity, but at the same time we are telling people: “Have a look at something which is unique, you are not going to see it again in Europe for the next 50 years possibly, so make the most of it!”. It is disruptive and noisy, but it is not necessarily disrupting business. Obviously it affects certain bedrooms but people spend a lot of the time taking selfies.

Let’s jump forward to when it is finally completed… what will be the Fairmont’s position then?

We will be in the heart of the new quarter of Monaco. It’s as simple as that. We already are at the heart now, with the Grand Prix, the Grimaldi Forum, the Monte Carlo Casino Square. Soon, no one will be as close to this unique project as we are. We too are in the process of change; we are renovating to create a new room type called ‘Marina bay rooms’, overlooking the new harbour. So yes, it is going to be a very important part of our future.

The entire hotel will be renovated. We are starting with the Saphir 24 bistro lounge and bar that we are sitting in right now, which will be completed by the end of the year. And then we will be refurbishing all the bedrooms and bathrooms, corridors, and the restaurants. So it is a very large renovation that will last about two years.

And the exterior? Will there be some kind of synergy with the new eco-district?

A few months ago we discovered that this is, in fact, a protected building because of its contemporary architecture, so we must keep the iconic design, which is very much the DNA of the hotel anyway. But we will be cleaning the façade and changing the windows.

Tell me about your environmentally sustainable practices.

We are very much involved in Prince Albert’s environmental vision. We have an internal green team and each department has a ‘champion’ who is responsible for telling us the improvements we can make. It is an A to Z kind of approach. Guests and event planners are encouraged to support the Fairmont’s green actions in waste management, recycling and energy efficiency, use linen napkins and digital communication over print. Guests are given information on sustainable activities like walking, bicycle tours, seasonal products and cooking classes. We use suppliers who limit the volume of non-recyclable packaging, we have organic eggs for breakfast, and participate in Earth Hour. There’s free electric recharging for customers who come with an electric vehicle, discounts on electric car rental, and carbon offset through the Prince Albert II Foundation. It is a multi-faceted approach.

Who has been your favourite guest over the years?

We have an enormous number of high profile guests who pass through these doors, but I can’t really tell you about them for privacy reasons. I will, however, tell you the one person who has marked me the most, and I can say this because he is very much a part of the Fairmont family. That is Robert De Niro, who is of course the major shareholder of Nobu. He is the most down to earth individual you can imagine, so much so we had a drink together for about an hour and a half before he officially launched Nobu, and kept everybody waiting!

You were also behind the enormous success of Private Dining. Tell us how that started…

Private Dining is an outside catering operation and started eight years ago when Prince Albert specifically asked the Fairmont to provide the food service for his wedding. We were doing low key catering at the time, maybe five to 10 events a year. Then we catered for six thousand guests the day of the wedding, it was a military operation. After that it just snowballed. Today, we have around 150,000 covers a year with outside catering in France and Monaco. There is certainly much to be proud of here at the Fairmont. 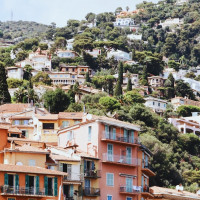 Explained: the new tax form all French home owners must fill out