Into The Arctic at the Oceanographic Museum

Into The Arctic at the Oceanographic Museum 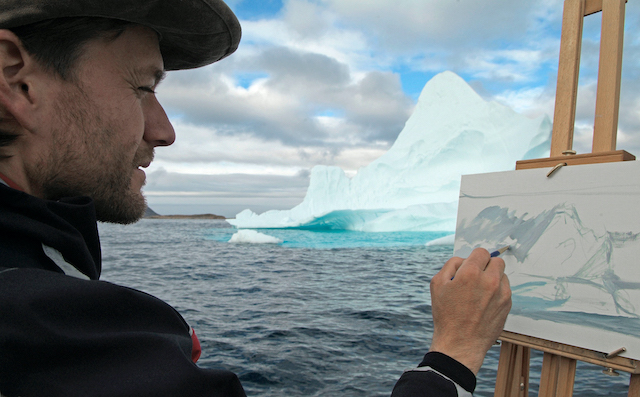 Highlighting the extraordinary beauty of a rugged place, Into the Arctic shows what we have and what we have to lose.
Canadian painter Cory Trépanier spent more than a decade travelling in the Arctic. Now he brings his work to the Oceanographic Museum on the 1st of March in a series of paintings and films devised to show the public a place many will never have the chance to see in real life.
He aims to hit home the fragility of this frozen region and the untoward damage being done every day due to climate change, whilst also showing the immense variety and stunning landscapes of the wild Canadian north.


“Exploring and painting the Canadian Arctic has been challenging and awe-inspiring, bringing me face-to-face with some of our planet’s greatest natural wonders,” said the artist. “After many years of solitary development, I am humbled to learn that others are being moved by my canvases. And that the exhibition is inspiring conversation about the North, the Inuit, the power of nature, and the importance of humanity’s role in protecting it.”

With more than 50 original paintings and three feature-length films, the exhibition gives visitors a chance to be transported to places so remote that no human has ever documented them before.
Into the Arctic was commissioned as part of Canada’s 150th Anniversary celebration, and the Canadian Embassy premiered the exhibit in Washington DC in 2017. Since then, it has travelled to a number of museums, now finding its way to the Oceanographic Museum, where it will remain until 30th April.