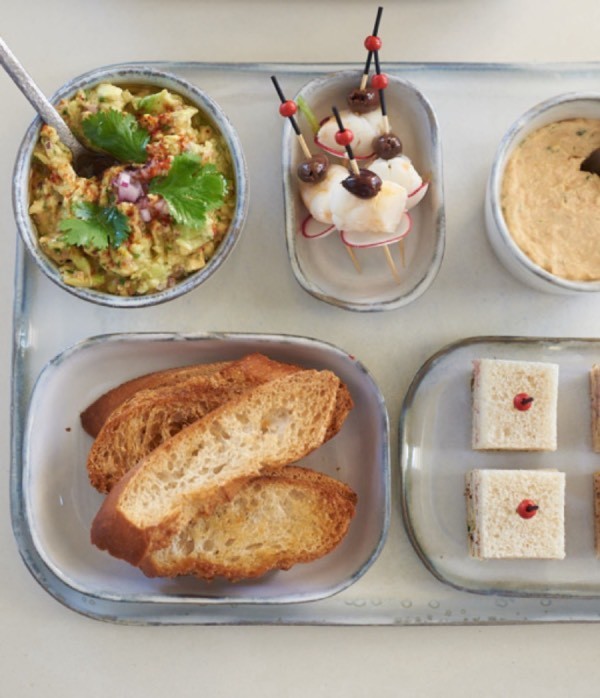 This Spring, the newly inaugurated One Monte-Carlo will reveal a chic new snacking concept on the Promenade Princesse Charlène. Dreamed up by Michelin-starred chef Marcel Ravin, Mada One is a café, a bistro and a bakery all in one.

The name Mada was derived from ‘Madame’, in reference to the women of the area, and Madininia, which means Martinique in the Caribbean language.

Inspired by his Caribbean roots, Chef Ravin has developed a brand new style of cuisine for this chic dine-in/take-out spot, specially adapted for his Monegasque and international customers.

Everything from the logo to the aprons and tableware is consistent with Marcel Ravin’s philosophy and concept. “The idea is to offer customers high quality dishes they can order quickly to eat in or take away. We pushed the concept to the point where we serve diners on bento trays (meal trays served in business class), so everything has been designed to make life easier for our customers, whether it’s in terms of eating or travelling!”

Signature dishes include an innovative new cake called ‘Le Munegu’, a fusion of brioche and panettone redolent of Monaco and the Mediterranean. Meanwhile, a delicatessen will sell ‘souvenir’ items and ingredients used in the kitchen.

“We have even designed small containers for travelers to take on board in their cabin luggage,” says the Michelin-starred chef. Dine-in customers at Mada One can also enjoy healthy breakfasts, lunches, afternoon and pre-dinner snacks. “The time between 5.30pm and 8.30pm is important, and we’ve called it l’apéro-thérapie (aperitif-therapy). After gastronomy and bistronomy, explains Marcel Ravin, “it’s time to try snackonomy”.