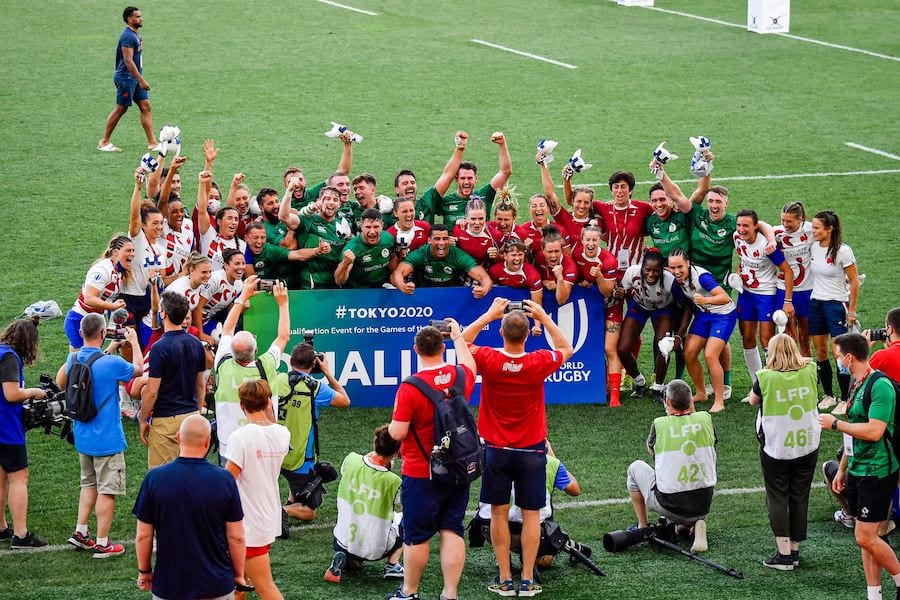 The Irish men’s rugby team will go to the Olympic Games in Tokyo for the first time ever after defeating France 28-19 in the Rugby 7s qualifiers over the weekend in Monaco, while the French women’s team trounced Hong Kong 51 to nil earning them their ticket as well.
It was an exciting weekend at the Stade Louis II as the Rugby 7s played out, giving hopefuls their last chance to earn a spot for the upcoming Olympic Games in Tokyo this summer.
On the men’s side, it was Ireland who prevailed against the French, sending them to the Games for the first time in their history. The final four of the repechage were Ireland, France, Samoa and Hong Kong, with Ireland being the underdog, and the surprise win was a bit of a shock to even to them.
“It’s just bizarre,” Ireland captain Billy Dardis said. “You dream of doing something really special, and that’s playing rugby. It’s incredible what we’ve done just over a number of years. It’s absolutely incredible.”
Meanwhile, two women’s teams also punched their tickets for Tokyo as France crushed Hong Kong and Russia handily beat Kazakhstan 38 to nil.
France’s coach David Courteix proudly remarked on the team and their victory, saying, “Frankly, there is not much to say about the performance. They amaze us even more each time!”
The French women remarkably didn’t concede a single point the entire weekend, something they didn’t expect.
“We had to realise that we had made a lot of progress,” said Team Captain Fanny Horta, “that we were a great nation that was going to fall in the face of motivated teams but that we had had time to work together and that was going to pay off.”
The Russian women’s team will be heading to their first Olympics as a result of their win, alongside Les Bleus.