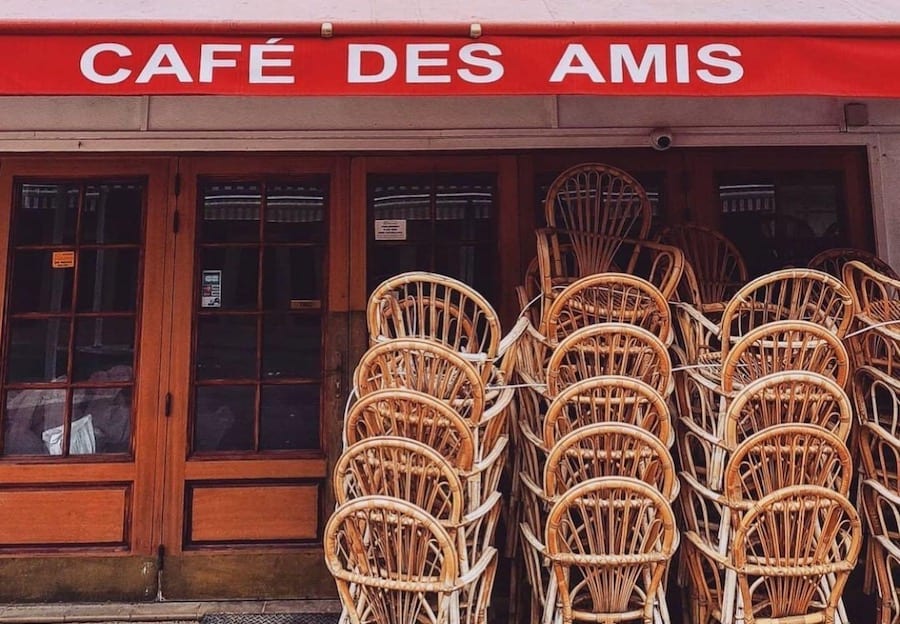 Restaurants, bars and cafés would be allowed to open terraces from mid-May in the first phase of a three-stage reopening in France, if the government follows a timeline proposed by industry representatives. Here is what that timeline looks like.
French President Emmanuel Macron is meeting with around 15 mayors of the hardest hit departments in France at 4pm Thursday in a videoconference to take stock of the health crisis and discuss prospects for reopening, before chairing a meeting with a dozen of his ministers.
While the head of state is not expected to make an immediate announcement, he did say when placing the country into a “light lockdown” in early April that his government was working towards a mid-May reopening.
Meanwhile, on 2nd April, unions UMIH and SNRTC, and independent industry representatives GNI and GNC gave business leaders the timeline that they are pushing the government to adopt. Without any clear direction from authorities, this schedule, obtained by Monaco Life, is the one that anxious business owners are using to prepare for an eventual reopening.
The timeline proposes three, two-week stages starting in mid-May, dependent on a positive evolution of the health situation.
Phase one
The first phase would start on Friday 15th May and last two weeks. Restaurants, cafés and bars would be allowed to open their terraces only to customers.
Catering companies would also be able to host events outside, with six people per table for dining and a one-metre distance between tables. Sharing platters and buffets are not allowed. For ‘cocktail’ events, guests must be seated and served drinks at their tables.
Nightclubs would remain closed.
Phase two
The second proposed phase would start on Friday 29th May and will allow customers inside cafés, bars and restaurants. The exact number of people will depend on the size of the venue.
The same rules would apply for events, according to the six-per table restriction. For ‘cocktail’ events, guests will be allowed inside venues while restrictions outside will be relieved, with people no longer required to sit while drinking. Buffet-style dining and drinking are still banned.
For the first time since the pandemic was declared, nightclubs would be able to open terraces, if they have them.
Phase three
The third and final phase would be scheduled for Saturday 12th June, just under one month after the “reopening” begins. It will allow for the full resumption of service, both inside and out, of restaurants, bars and cafés with no limitations.
For events, a maximum of 10 people per table would be set. Cocktail receptions will be able to resume normal service, with “comfortable” furniture allowed for guests and controls at service points to limit the flow of people.
In addition to terraces, nightclubs will also be able to open interior spaces within a 20% capacity limit.
Health pass to eat out?
The communication says that the reopening will be carried out in accordance with health protocol worked out by the industry and validated by the government in October 2020 with, in addition, “the use of QR codes”. Business leaders told Monaco Life they have not been informed as to what this QR code system could entail, however it points to the possible use of a digital health pass by customers, greenlighting those who have either been vaccinated, tested negative for Covid, or recovered from the virus.
Nothing is set in stone
The government has not signed off on this timeline and everything depends on the evolution of the Covid-19 virus. Given the current situation, it is hard to imagine it would be “business as usual” by mid-June.
However, for a mid-May reopening, the government is banking on the projection that at least 20 million French citizens will have received the anti-Covid vaccine by then, with 30 million getting the jab by the summer.
The French President is not expected to outline details of the reopening until the end of April, which would leave businesses two weeks to pull it all together.