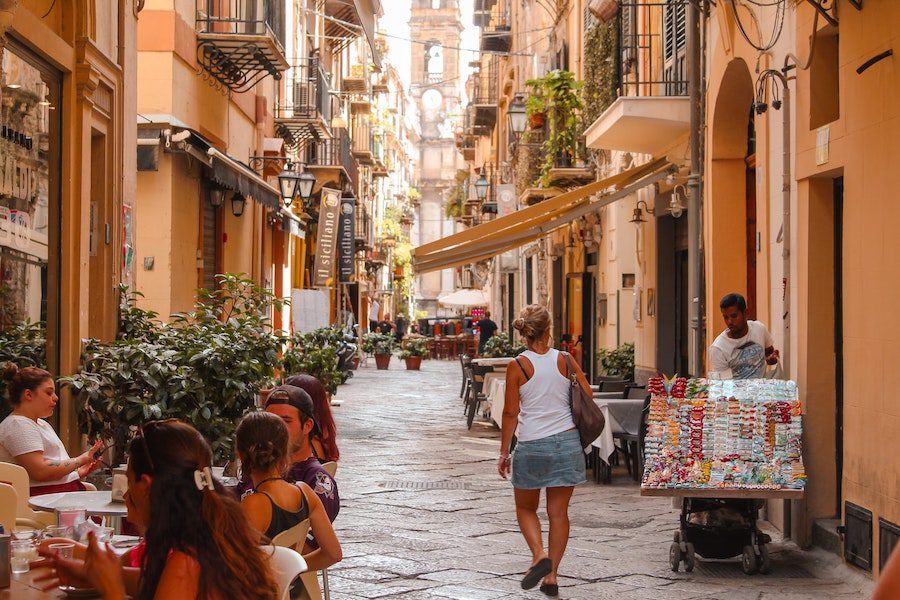 Italy’s independent watchdog says the nation has now officially entered a fourth wave of Covid. It comes as the government announces that it expects the total population to be vaccinated by the end of September.
According to a new report published on Thursday by Italy’s independent health watchdog the GIMBE Foundation, the number of Covid cases, admissions and deaths are increasing again.
“The number of new weekly cases continues to rise, but they are underestimated due to insufficient testing and the failure to resume contact tracing,” said Nino Cartabellotta, GIMBE’s President. “The virus is circulating more than is documented by the new cases identified. We have in fact entered the fourth wave.”
Deaths in Italy had been on the decrease for 15 weeks but are slowly creeping up again, increasing by 46% over the past week and rising from 76 to 111 on the week prior. This equates to an average of 16 deaths per day as opposed to 11 in the previous seven days.
Cases and hospitalisations are also dramatically on the rise, with cases increasing 31,963 from 19,390, a 65% uptick, and increases of 42.9% for people being isolated, 34.9% in admissions and 14.5% in intensive care. In numbers, this means the number of hospital beds occupied by Covid patients has gone from 1,088 on 16th July to 1,611 on the 27th.
“After the first signs of recovery recorded last week, there is confirmation of a slight increase in admissions, which document the hospital impact of increased viral circulation,” said Renata Gili, head of Health Services Research at the GIMBE.
The upward trend has affected all regions of the country, except Molise, an area on the east coast north of Bari.
The regions showing the greatest increase in new cases are Friuli Venezia Giulia with a 202% rise, Valle D’Aosta with 175%, and Tuscany with a 128% increase on the previous week. 40 provinces noted the incidence rates exceeded 50 cases per 100,000 inhabitants, the previous marker for moving a region into a “yellow zone” for low-moderate risk.
These increases come just as the government announced another one million doses of the Pfizer vaccine will be delivered to Italy in August, bringing forward estimates for completion of the nation’s vaccination programme to the end of September. The previous target was to have 80% of the public jabbed in the same time frame.
The Italian government has also just announced it will extend the country’s ‘Green Pass’ requirement, the Italian equivalent to the Monaco Safe Pass, to access most public spaces including bars, restaurants, cinemas, gyms and museums.
The Health Minister, Roberto Speranza is guarded about how this will play out, reminding people that “we still need to keep a level of maximum attention, caution and prudence,” despite 65% of the adult population having at least one jab and 58% of all when including those over 12 years old, roughly 31.4 million people.
“It is clear that the variations, including Delta, put us in a delicate position that force us to be very cautious. Anyone who compares this moment to previous phases is making a mistake. There is a big difference,” he added.

Photo of Palermo, Italy by Who’s Denilo? on Unsplash