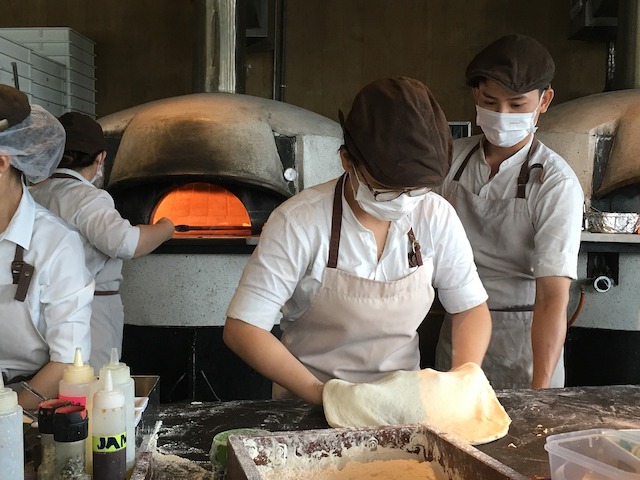 Customers in Italy are once again sipping their espressos at the bar and eating their pizzas in public, as the country’s restaurants and cafés finally throw open their doors after 10 weeks in lockdown.
Monday 18th May marked a major step forward on the road to recovery for Italy, the epicentre of Europe’s Covid-19 outbreak and the first to impose strict nationwide restrictions in early March. The reopening of bars, restaurants, cafés, museums and hairdresser salons came two weeks earlier than was scheduled under the planned gradual easing of rules in phase two.
At restaurants, social distancing measures are being applied, with tables positioned at least two metres apart. Buffets are no longer allowed, which rules out many aperitivi.
All retailers are now allowed to open, and guards at department stores are using an app to count the number of customers in the store at any one time, while clothes tried on in changing rooms will be quarantined for 24 hours. Many stores are offering markdowns of up to 60% to clear unsold stocks.
At the country’s hair salons, the phone is ringing off the hook as services resume by ‘appointment only’.
“I already have 150 appointments, all very urgent, all of them insisting that they must be first on the list,” Stefania Ziggiotto, a hairdresser in the Alpine resort of Courmayeur, told Reuters. “I have a full agenda for three weeks.”
Museums, libraries, exhibitions and archaeological sites have also come back to life, although many are staggering their openings over the coming weeks.
Churches have flung open their doors for public mass and other ceremonies including weddings and funerals, although worshippers must comply with distance rules and wear face masks.
The Covid toll
Almost 32,000 Italians have died of Covid-19, the third-highest death toll in the world after the United States and Britain.
Premier Giuseppe Conte acknowledged that reopening the economy brings a risk of new outbreaks of coronavirus, but added “we must accept it”.
He said the nationwide lockdown that began in early March had brought “the expected results”, putting the country in a position to expand economic activity in the second phase of reopening.
“We’re facing a calculated risk in the knowledge that the contagion curve may rise again,” said Mr Conte. “We have to accept it otherwise we will never be able to start up again.”
He added that an extensive monitoring system is in place and the government will intervene to close areas if there are new outbreaks.
What comes next?
The next restrictions to be lifted will be on gyms and swimming pools, which are set to reopen from 25th May.
From 3rd June, travel will be allowed freely between regions in Italy, and visitors will be able to cross the border without having to provide documentation or submit to a two-week quarantine.
On 15th June, theatres and cinemas will be allowed to reopen with social distancing measures in place.
Of course, all of this could be reversed if the health situation deteriorates.