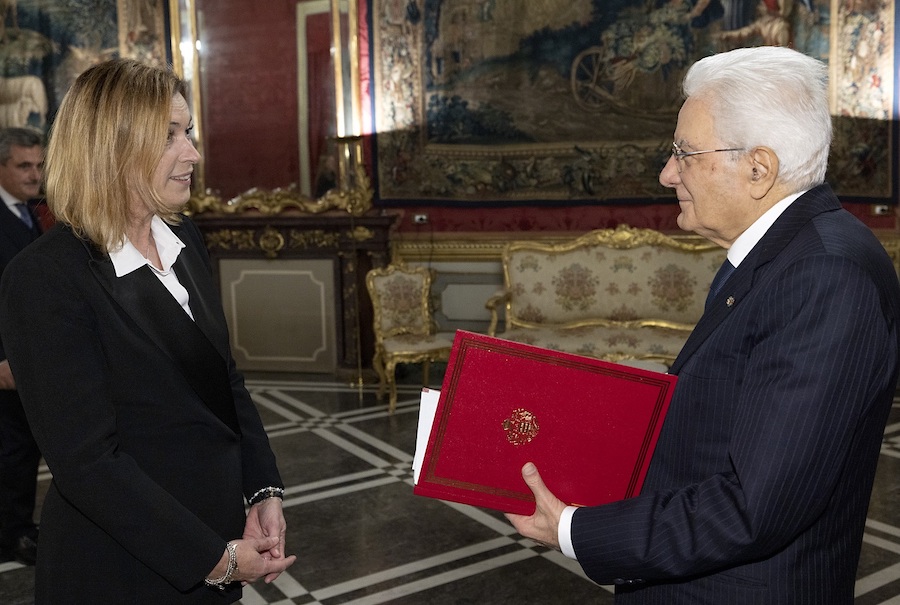 Monaco’s new Ambassador in Italy Anne Eastwood has been officially received at the Palazzo del Quirinale in Rome.

The accreditation ceremony was held on Monday 14th November with the President of the Italian Republic Sergio Mattarella, followed by a private interview in the prestigious Studio alla

Vetrata, where political consultations were held only a few weeks ago in the formation of the new Italian government.

Also present on Monday were the president’s diplomatic advisers and the Vice-Minister of Foreign Affairs and International Cooperation Edmondo Cirielli.

Prince Albert recently made official visits to the former Grimaldi fiefdoms in Italy, while the municipality of Dolceacqua (province of Imperia) is set to be twinned with the Principality.

During the accreditation event, various issues of common interest were addressed including

Italian-Monegasque agreements in the areas of tax, economic and humanitarian actions.

dynamism of bilateral relations and expressed the desire of both countries to further strengthen their dialogue and cooperation in the future, in all areas that generate synergies and particularly in the field of the environment where Monaco and Italy are already collaborating closely within the framework of Monegasque initiatives for the preservation of the marine environment in the Mediterranean,” said the Prince’s government in a statement.