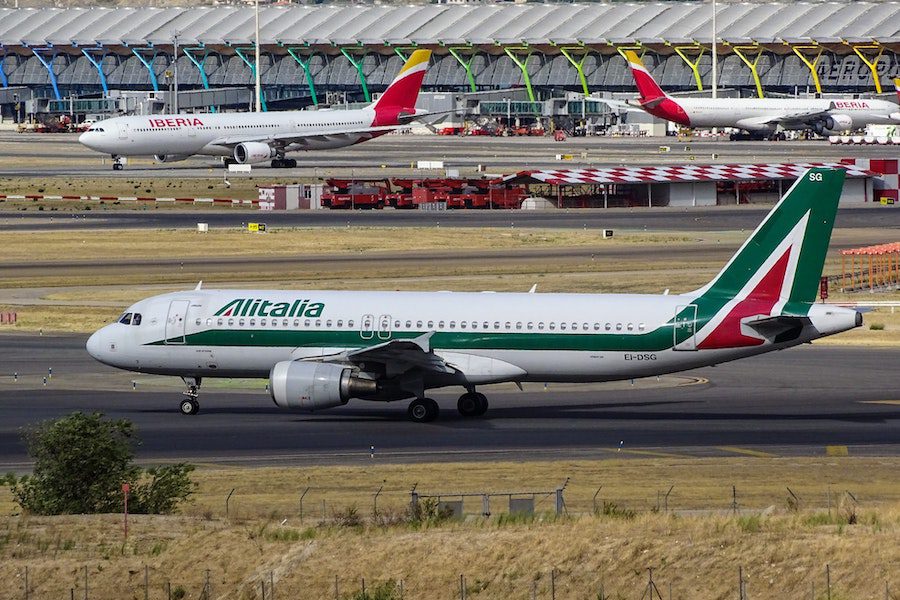 New state-owned carrier Italia Trasporto Aereo (ITA) has officially taken over from Alitalia, permanently grounding the 75-year-old airline after years of financial losses and failed rescue attempts.
Once a symbol of Italian style and glamour, Alitalia, founded in 1946, has passed through a dizzying succession of restructurings and changes of ownership. The Italian government has run to its rescue many times, spending more than €8 billion in the last three years alone.
The national airline made its final voyage Thursday night with a flight from Rome to Cagliari, making way for the country’s new national carrier, ITA.
The downsized ITA undertook its maiden voyage Friday morning with a flight from Milan to the southern city of Bari. It currently has a fleet of 52 planes, set to rise to 105 by the end of 2025.
The carrier will initially serve 44 destinations including Nice Côte d’Azur airport, with this number set to rise to 74 by 2025.
In addition to key airports such as London-Heathrow and Paris-Charles de Gaulle, ITA will serve more than a dozen Italian cities.
The company has also begun selling tickets for transatlantic destinations in the US, to launch over the coming months.
On the eve of its launch, ITA bought the Alitalia brand and naming rights for €90 million, down from the original €290 million asking price. It means that the state-backed ITA will be allowed to use its predecessor’s identity, including website domain, brand, green-and-white livery and uniforms, and the permanent right to use the Alitalia name.
The move to keep ITA separate from its predecessor is to ensure it would not be liable for paying back billions of euros that the old carrier had received in state aid.