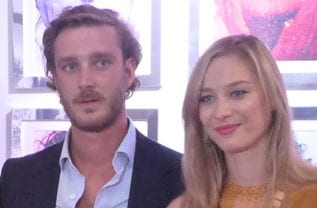 The younger son of Princess Caroline, Pierre Casiraghi, and his wife Beatrice Borromeo, have welcomed a son.

“The Princess of Hanover and the Countess Paola Marzotto are delighted to announce the birth of their grandson, born on February 28, 2017. The mother and the child are doing well,” the Prince’s Palace said in a press release on March 1, 2017.

The baby boy, whose first name was not revealed, was born on Tuesday at the Princess Grace Hospital in Monaco. Press outlets in Italy and Spain had pre-empted the official announcement after Beatrice’s younger sister, Matilde Borromeo, had made the birth known on social media.

Pierre, who will turn 30 in September, and Beatrice, 31, met in 2008 in Milan while they were students. The couple were married in 2015 under a major media spotlight.

Ceremony of the Vows of the Public...