“It’s up to us to bounce back”

“It’s up to us to bounce back” 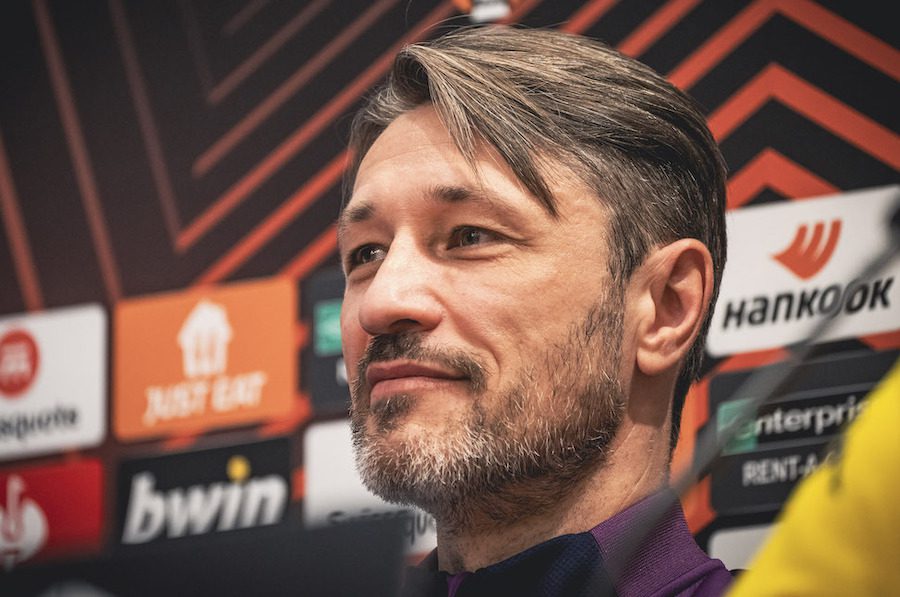 In a pre-match press conference ahead of Thursday’s home game, ASM’s Nico Kovac has called for a reaction from his players in the crucial Europa League match against PSV.
The ASM manager, ahead of Thursday night’s fixture at the Stade Louis II, recognised the difficulty of the task facing his players, but is nonetheless confident that those on the pitch will show a greater level of intensity than during the defeat to Brest on Sunday. “In the Europa League, we play in a very aggressive way, because motivation is maybe more important. In Ligue 1 we perhaps play a level below.”
Despite Kovac’s concern over his side’s motivation for domestic fixtures, he is confident of being able to achieve a greater consistency across all competitions. “We must maintain our level in both competitions. We continue to work to remedy that. Our results are becoming more consistent.”
Asked what kind of match he expected from a competitive PSV side, who currently sit in second position in the Eredivisie, Kovac confessed, “I expect a strong opposition, an intense match”. Kovac will undoubtedly be hoping that Golovin, in his return from a hip injury, will be fit enough to earn a place in the starting 11, having made a cameo appearance in the second-half of ASM’s disappointing defeat to Stade Brestois. Should Golivn be deemed fit, he will fancy his chances against a porous PSV defence who have conceded seven goals in their last two Eredivisie fixtures.
As well as being buoyed by PSV’s poor defensive record in recent times, ASM will be equally encouraged by the absence of Madueke. The exciting England U21 international’s direct dribbling ability could have caused problems down the right where Caio Henrique has sometimes been found wanting defensively. PSV are also weakened by the absence of experienced World Cup winner Mario Gotze, who has been ruled out of the crucial clash with illness.
Despite their absentees, PSV are far from blunt in attack; one needs only to look at their 5-2 hammering of Eredivisie rivals FC Twente at the weekend to realise their potency in the attacking third. In particular, ASM will be hoping to keep Carlos Vinicuis, whom some may remember from his unspectacular loan spell at the Rouges et Blancs, off the scoresheet after he netted a brace over the weekend. ASM will also be hoping for a subdued performance from Madueke’s replacement on the right-wing, Vertessen, who also netted a brace in their last outing.
Given PSV’s gung-ho, all-or-nothing attacking approach, fans should expect a highly entertaining, end-to-end game. The game kicks off at the Stade Louis II at 18h45.