James Bunce: “We’re preparing for a sprint within a marathon”

James Bunce: “We’re preparing for a sprint within a marathon” 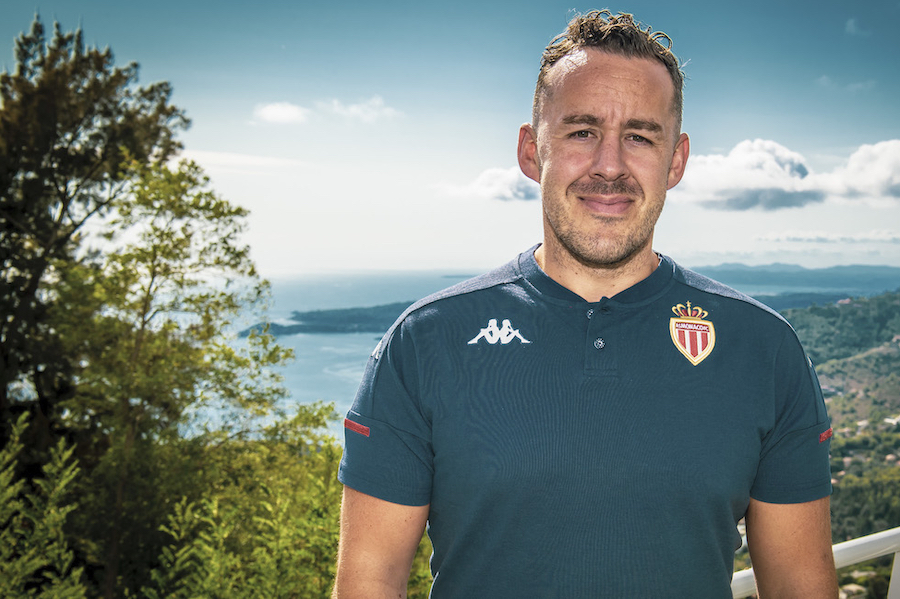 Monaco Life sat down with AS Monaco Performance Director James Bunce to discuss the club’s pre-season preparations, as well as their modern, data-informed approach, which is yielding elite-level results.

AS Monaco’s 10-game unbeaten run towards the end of last season remains large in the rear-view mirror, but preparations for next season’s gruelling campaign are in full swing, with a potentially season-defining game less than a fortnight away. Bunce spoke about that run and how the club endeavours to pick up where they left off.

Monaco Life: To what do you attribute the club’s sharp rise in form towards the end of last season?

James Bunce: The work under Niko Kovac’s time here was really important to building a culture of changing the philosophy of how we work. He was really good at building a basic level of physicality that we could build upon. The biggest change came with the change of head coach. He had a very modern approach to physical development, around what is required in training in order for it to be replicated in the matches.

In January until the end of the season, there was a big change in our focus for sprinting, sprint development, training harder, training smarter, especially with players that weren’t playing. We focus on the whole 25, not just the starting level, which was the next step we knew we needed to take. The challenge for Philippe Clement, and for us, was trying to build that in-season, whilst still playing in three competitions at the time, without causing big injuries, without losing lots of games to the point that it becomes irrelevant what you’re doing physically. That was the big challenge. It was like a pre-season within a season when Philippe arrived.

On a technical level, the arrival of Clement seems to have been a turning point. What is it like working with him and what are his strengths?

He’s a logical thinker, he’s super detailed and he’s super open to collaboration. My job, and everyone else’s job, is to try to provide him with information to make his team more successful. But he has to also be able to make the decisions that he needs to make from a technical, tactical, and mental perspective. So, it’s all about collaboration.

I didn’t know this when I met him, but he’s an engineer by background. He built and designed his own house, so he’s very good with detail. He’s very good at picking numbers and building a process to reach an endpoint and that perfectly aligns with how you need to think about training. He is genuinely the best coach I’ve seen at trying to build those blocks and build them on an individual pathway, because not everyone can do the same training.

You’re constantly building these blocks, but they are also constantly in movement. Philippe has an unbelievable mind to get it right and ask the right questions: ‘What’s enough? What’s not enough?’. That’s where his magical talent lies. On top of that, he’s an unbelievable technician of the game as well.

In press conferences towards the end of the season, Monaco players such as the recently-departed Aurélien Tchouaméni spoke about their physical superiority relative to their opponents. During the 2019/20 season, across Europe’s top five leagues, Monaco ranked 76th in terms of total distance covered, 85th in high speed running, 39th in sprint distance and 88th in accelerations. Domestically, their physical statistics are probably best described as un-noteworthy. The club was ranked 10th in all of the aforementioned categories, except for sprint distance, where they ranked third.

Across Europe’s top five divisions last season, Monaco ranked third in all categories, apart from accelerations, where they rank 23rd.  Domestically, they are unrivalled; Monaco come out top in every category. As a performance director, that must validate the work you do?

That was the biggest validation: that opposition managers and our own players were talking about the physical advantage that they felt we had. We didn’t know the numbers were going to be third-best in Europe or anything like that. We didn’t have an objective such as getting into the top-five in Europe in mind. It was a nice by-product of the work that was going on. But it’s also nice to hear that our own players are saying that they can run in the 90th minute and the opposition saying that we never stop. That’s validation for us.

We were confident that the work we were doing every day, that the building of those blocks, would have a successful outcome. Did we imagine it would be 10 games unbeaten and we’d get on the podium? Probably not. But that was a real validation of the struggles, the hours of love and tears that went into that six month period to try and get the team to a level that they’ve never been at.

Isn’t an important element of achieving these impressive physical levels also about recruiting the right profile of player as well?

An important thing to note is that the training is important, but we also have to give a lot of credit to the recruitment, which is itself deliberate and targeted: it’s a young profile, it’s an athletic profile, it’s players that can play high intensity football. I’m by no means an expert in it, but I’m involved in it with Paul (Mitchell) and especially with Lawrence (Stewart), in identifying those talents like an Ismail Jakobs, who is the fastest player in our team, like a Vanderson who runs through walls every day to try to do as much as he can. Getting those profiles right so that you have the ingredients already to build a player. You’re not trying to change a mindset, because those players are already in that mindset, so it’s part of a bigger project.

Is the objective of the performance department to become the most physical side in Europe?

My responsibility is to make sure we never lose a game because we don’t physically have the capability to deal with it. I think there are examples of certain big teams in Europe who struggle to cope with that. We don’t want people to say: ‘they died there, they conceded in the 90th minute because they got run over’. That’s what we have to manage. We don’t have a target to be number one; It’s only when we started looking back that we said ‘wow, that’s crazy how much we’ve been able to change.’

For us, the pride is in keeping our players healthy, so Philippe has hard decisions to make in terms of who he plays and who he doesn’t play, and then the main part of our team’s work is to say that we want every player, all 25 of them, to be able to play two games a week, every week. If we have that level of comfort, and the data shows that, then we give them to Phillipe to put them out on the field and hopefully get the three points.

Monaco has earned a reputation as a modern, innovative club, especially since the arrival of Dmitry Rybolovlev and the construction of a= new training centre in La Turbie. The use of data is a part of that. How do you and your team utilise data?

If I took things from Southampton, where I was 10 years ago, we’d be dead. The evolution of football is constant. I try to ‘steal’ many ideas from many organisations, both in football, but outside of the sport as well. There is a danger that if you only look at football, you end up down a rabbit hole and you don’t see what’s going on in other environments.

In America, I met a lot of people from Baseball looking at analytics; NFL, looking at strength; working with air-traffic controllers to understand how to manage stress and pressure; working with the Royal Ballet Group to look at how they prepare and train. We’re always trying to look outside the obvious to try to find things and keep evolving, but without getting carried away by fads and things that won’t add value to the organisation. For me, the biggest thing we do is data, but interpretation of data. It’s all about the human interaction around the data.

The team returned particularly early for pre-season preparations. What was the reasoning behind this decision?

We are really reflective of everything we do. We do something called the 10-game review, so after every 10 games, myself, Paul, Lawrence, the coach, the doctors, we all sit in a room and we debate what we’ve done, is there anything we could have done better, are there any issues, and we try to always constantly review and improve. As a part of that, we’re looking at previous pre-seasons and this is Philippe’s first pre-season and we’re thinking what we need to do to be more ready. We feel that we need to give enough time to be ready for Q3. I think Philippe talked about a sprint within a marathon. I think that’s a really nice analogy of what it is. We have to win one of the most important games of the season right at the beginning, but also not die because we still need to be performing until May.

So for us, coming back early was about giving us a good six weeks of progression, to allow us to hopefully be prepared to play 14 games in seven weeks. That’s never been done. So we are one of one in terms of what we’re going to be going through. Not many people have the ability to imagine what that could look like, so we’re trying to develop the best programme.

We believe in bringing the players back and building them up to that standard of two games a week so that when they hit August 3rd, they are conditioned and ready to go. We cannot say, ‘okay, step-by-step we’ll be good by the end of August,’ because it could be over by the end of August. The whole plan is to be as ready as we can be for that run of games.