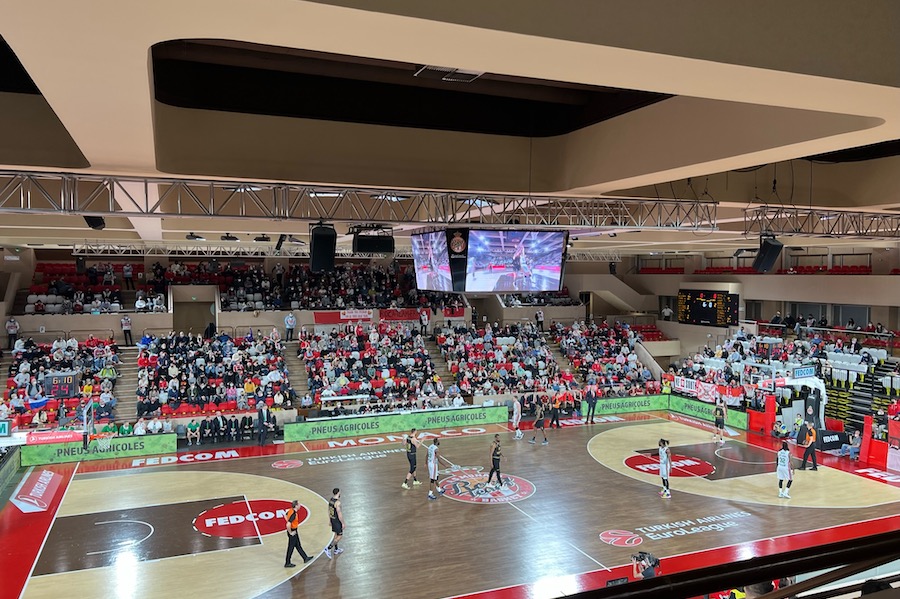 A defiant Sasa Obradovic claimed that AS Monaco Basketball’s play-off dreams were still alive after an astonishing Mike James three-pointer secured victory in the dying seconds against Unics Kazan (79-76) on Tuesday.

Victory temporarily lifts Monaco back into that much-coveted 8th place in the Euroleague, inflicting a crucial loss on their Russian opponents who are a direct rival for those play-off places.

Neither side was in full attacking flow during the first-quarter. It was the home side who manufactured the better chances, their ability to create within the key allowing them to grow a slender lead (22-19).

A drastically superior efficiency outside the key (42% compared to 23%), albeit from fewer attempts, kept Unics Kazan in the tie, Mario Hezjona and OJ Mayo inflicting most of the damage. In light of the profligacy of his teammates, Mike James took matters into his own hands seconds before the half-time buzzer. With a mere 9.5 seconds on the clock, the American ran the length of the court and launched a pin-point three-pointer to send Monaco into the break with an eight-point lead (44-36).

The trend of superiority inside, but inferiority outside, of the key carried into the second-half. The only exceptions to that rule in the third-quarter were James (25) and Alpha Diallo (11), the latter growing into the game, and making his mark.

Having grown a comfortable 15-point lead at the beginning of the fourth-quarter with a nine-point streak, including a rifling shot from Yakkuba Outtara (4) outside the key, fears of another late Roca Team collapse were sparked by a Unics eight-point streak of their own. This was thankfully broken by a Donatas Motiejunas’ (11) two-pointer, the relief within the hall palpable.

That was merely an interlude. The onslaught on the Monaco board continued with another unanswered seven-point streak, bringing the Russian side within two-points with less than four minutes on the clock.

You could hear a pin drop in the hall when Mayo’s three-pointer levelled the scores with seconds to spare, a sense of despondency and déjà-vu engulfing the 3,000 strong crowd.

Unlike in previous fixtures, Monaco didn’t fold under the pressure. Just as James ended the first-half having run the length of the court before converting a three-pointer, history repeated itself at the end of the second. This time he dealt the fatal blow, as the home fans sprung from their seats to fervently celebrate a battling victory.

Obradovic was still disappointed with his side’s game-management post-match. “Every time it’s the same. We played well and then suddenly, without any reason, we gave up our lead. We made mistakes that don’t belong at this level.”

Monaco did, however, take the victory, and Obradovic claimed that, “the dream is still there, and we have everything in our hands. We’ll attack every game as every game is very big.”

If Obradovic’s dream of the play-off basketball at the end of the season is to become a reality, a victory in that match is essential.