Jeff Beck and Johnny Depp blow fans away in Monaco

Jeff Beck and Johnny Depp blow fans away in Monaco 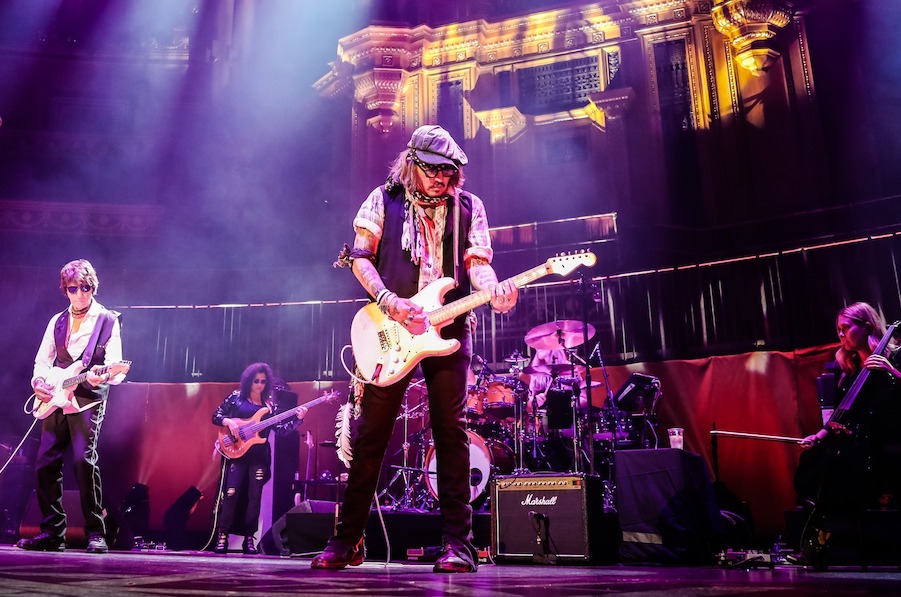 Musical legend Jeff Beck and quirky actor Johnny Depp hit the stage together at the Opera de Monte-Carlo Saturday night for a sold-out one-night-only show that went on for four hours to the delight of an enthusiastic crowd.

Actor Johnny Depp, best known for taking on eccentric roles in top Hollywood films, has a not-so hidden talent. Turns out Depp, 59, is quite the musician as well. This was shown to full measure on Saturday night when he hit the stage with Jeff Beck, who regularly appears on lists as one of the greatest rock ‘n roll guitarists of all time.

Depp joined Beck on stage halfway through the 19-song set and played the Link Wray & His Ray Men classic “Rumble” before heading to the microphone to sing on the Dennis Wilson track ‘Time’, followed by the Killing Joke’s, ‘Death And Resurrection Show’.  He also performed ‘This is a song for Miss Hedy Lamarr’, a tune of his own making.

The duo announced an upcoming album last month, entitled 18, which is due to come out on 15th July, and have even made a music video for their first single, the aforementioned ‘This is a song for Miss Hedy Lamarr’.

“It’s an extraordinary honour to play and write music with Jeff, one of the true greats and someone I am now privileged enough to call my brother,” Depp said in a release.

“I haven’t had another creative partner like him for ages,” Beck said of Depp. “He was a major force on this record. I just hope people will take him seriously as a musician because it’s a hard thing for some people to accept that Johnny Depp can sing rock and roll.”

The concert seems to show that the actor has moved on from the media circus brought on by the defamation lawsuit between him and his ex-wife, Amber Heard. Depp won all three defamation claims in the case, stemming from an op-ed Heard wrote in 2018 about her being a survivor of domestic abuse.

The trial was widely televised and became must-see TV for millions but did little to portray either party in a noble light.

Now, Depp is turning his energies to music to good effect. “He enjoys performing and has a busy summer ahead,” a Depp insider told People Magazine recently. “He is also looking forward to continue working. He just wants his career back. He loves filming.”