Jordan Loyd: “I’m hoping I can find a home here”

Jordan Loyd: “I’m hoping I can find a home here” 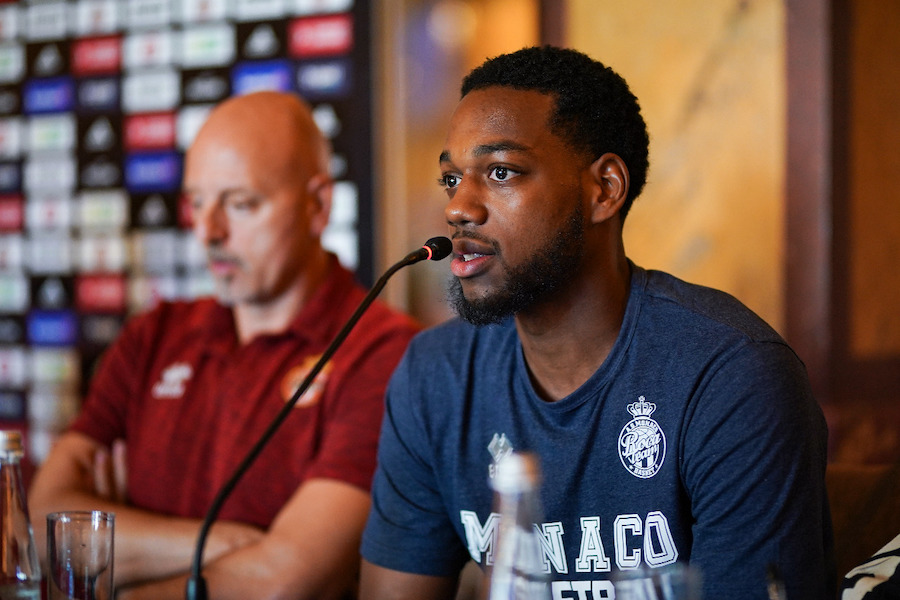 American basketball player Jordan Loyd has told Monaco Life he hoping to trade his nomadic lifestyle for stability in the Principality as he joins a Roca Team aiming to reach the next level.

In his professional career, Loyd is yet to spend more than one season at any one club. Since 2016, he has played for Fort Wayne Mad Ants, Hapoel Eilat, Toronto Raptors, Valencia, Crvena Zvezda and Zenit St Petersburg.

Arriving at his seventh club, he is hoping to put an end to life on the road and settle at AS Monaco Basketball. He told Monaco Life, “I’ve bounced around the last few years due to a few things outside of my control that I can’t really do anything about. I’m positive that I can find a home here.” On signing a two-year contract with the club, he added, “The length of the contract really stood out to me. I really want to be somewhere stable.”

During the exclusive interview with Monaco Life, he described the living situation in the Principality as “crazy,” and revealed that family members had already booked to come to Monaco before he himself had booked his ticket.

But it wasn’t just the Riviera lifestyle that lured Loyd to Monaco. At the club, he will be working with a familiar face in the shape of coach Sasa Obradovic, with whom he worked during his time at Crvena Zvezda. “Of course, I have a relationship with coach Sasa. He left a pretty good impact on me…I had other offers, but for me, having the coach here, someone I had already played for, somebody I had connected with in the past, that made the decision a little bit easier.”

Another pivotal factor for Loyd was the Roca Team project itself, and having a sense of agency in their continued growth. He is yet to experience play-off basketball in the Euroleague, and with Monaco, he is hoping to achieve that dream, whilst taking them into the final-four for the first time.

“The direction that the club is going made me want to join. They have a lot of expectations and I felt that I could have a really major role here and a really positive impact. I want to take the team to a new level…Monaco was always at the top. I talked to them first. I’m a big believer in going somewhere where you’ll be able to play and make a big impact and this stuck out to me,” said Loyd.

The new recruit said that he feels in good physical condition going into pre-season, which will begin in Bormio, Italy on 25th August. He has played less basketball than most of his teammates in recent times due to the war in Ukraine. When the conflict broke out in February, he, like many of his teammates, left Russia. Although he did return to Zenit to finish the domestic season, the club’s suspension from the Euroleague deprived him of the chance of finishing the European season, which likely would have included an appearance in the play-offs.

Loyd revealed the mental toll of the complicated situation in Russia: “Mentally, it was a lot. We had a great team at Zenit and I think we had huge expectations and it was obviously cut short, for good reasons and we understand everything. But it was tough, mentally, to watch the other teams keep playing and competing in Euroleague play-offs. I haven’t been to the play-offs before so I was really looking forward to it.”

However, he is now looking forward and hoping to contribute to another impressive Roca Team season. “Things happen, you’ve got to roll with the punches and keep moving forward. I’m a glass half full type of guy so I’m just happy to have a new start, a new beginning and we’ll see what happens,” said Loyd.

SASA OBRADOVIC: “WE WANT TO WRITE ANOTHER CHAPTER IN THE CLUB’S HISTORY”

Photo above source: AS Monaco Basketball