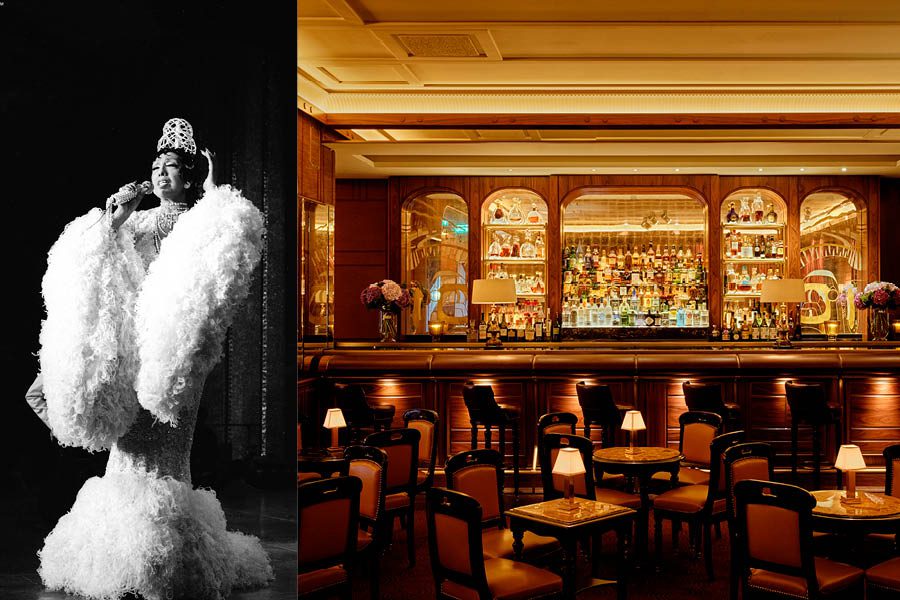 American-born entertainer, French Resistance agent, civil rights activist and former resident Josephine Baker, who is being interred at the Pantheon in Paris later this month, is being honoured with an evening of music and remembrance at the legendary Bar Américain in the Hôtel de Paris.
She was a woman who broke down barriers and succeeded in ways no one would have ever imagined. Josephine Baker was an anomaly, a woman who found respect and admiration in her adopted France in an era when people of colour were often kept sequestered and gender bias was the norm.
This remarkable lady, who was not just a singer and dancer, but also a World War II Resistance fighter and a campaigner for civil rights, is being memorialised on 30th November in Paris’s Pantheon, a first for a black woman.
To mark the occasion, the Bar Américain at the Hôtel de Paris will also celebrate her life with an evening hosted by journalist Axel Jaffray, who will speak to the assembled crowd about her accomplishments, with music performed by a jazz band who will play some of her most beloved hits.
Jaffray, who specialises in music and production, will offer two half-hour tributes to Baker during the evening, giving insights into her life and career. Additionally, there will be an exhibit of unpublished archive photos, giving rare glimpses into her world.
Baker, who lived in the Principality for several years and is buried in the Monaco Cemetery, first came to the area in 1969 and soon became friends with Princess Grace. This relationship led to the entertainer being welcomed to star in many local events over the years, including hosting the Monaco Red Cross Gala at Le Sporting in the summer of that same year, where she proclaimed, “It’s at the Monte-Carlo Summer Sporting where I approach perfection.”
In 1974, the Monte-Carlo Société des Bains de Mer Group (SBM) created the ‘Joséphine’ show at the inauguration of the new Monte-Carlo Sporting Club and its new Salle des Etoiles.