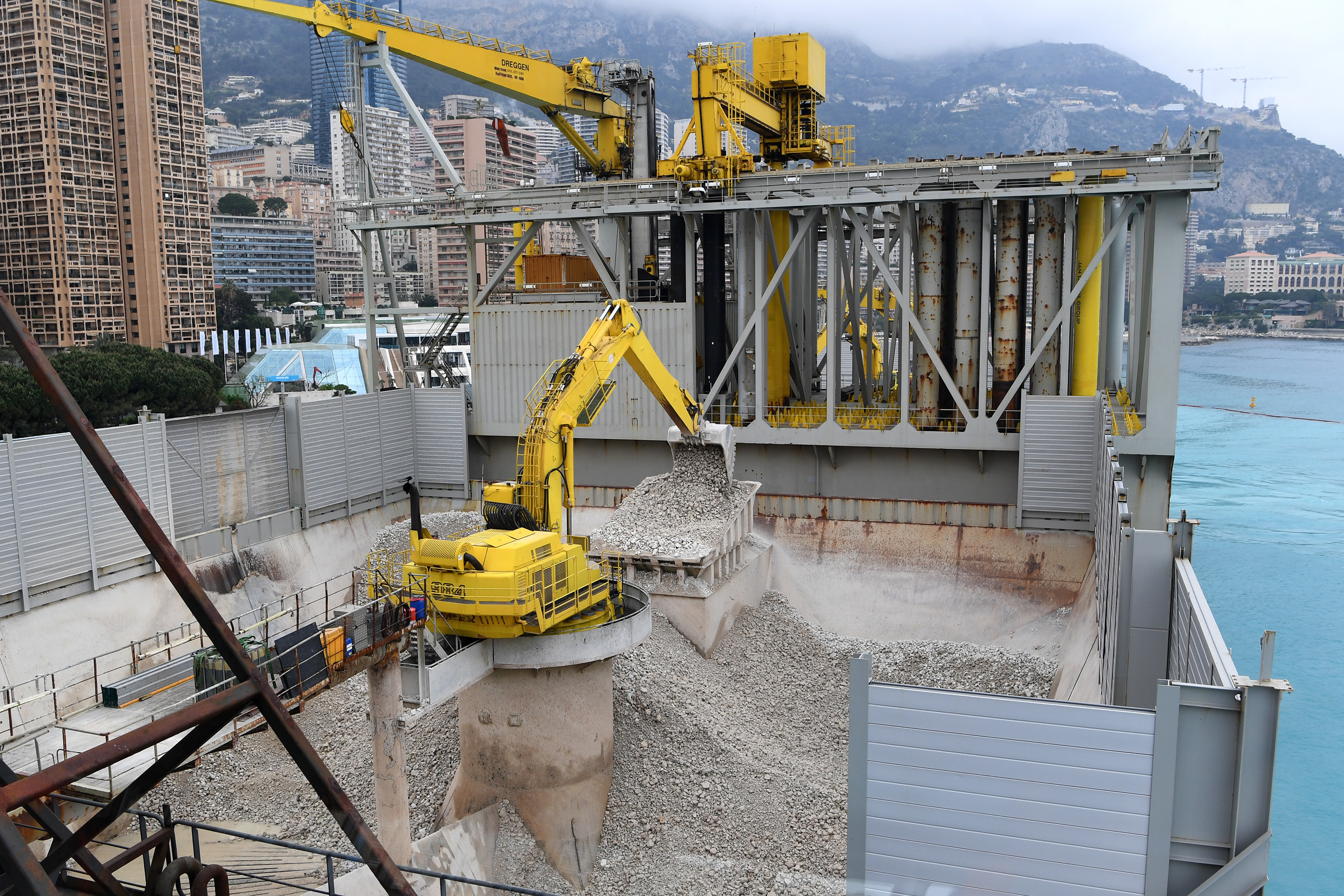 Built for the Belgian group Jan de Nul, which specialises in dredging and the building of sea embankments, the 192-metre ”Simon Stevin” is the world’s largest ship capable of installing underwater structures. The huge vessel is currently at work in Portier Cove, where the offshore expansion project is underway.

At the end of a press visit on Wednesday, April 25, a Press Point was held in the presence of Valérie Davenet, Director of the Environment, Régis Adeline, General Manager of SAM L’Anse du Portier and Christophe Hirsinger, Director of Bouygues Travaux Publics Monaco, the main contractor.

Among the topics addressed were the numerous measures already taken to minimise the environmental impact, the quality of the bathing water and the acoustic measurements put in place.

The phasing of the work was also discussed. The embankment activities, which require the presence of “Simon Stevin” and constitute the current phase of the work, should be completed no later than the first half of June 2018.

Local News Staff Writer - October 31, 2018
More than 40 volunteer divers responded to the joint call made by RAMOGE to carry out a census of the large mother-of-pearl (Pinna nobilis).