Home News Local News June and JCEM: A presidential visit, breakfast with the Minister of Environment,...

June and JCEM: A presidential visit, breakfast with the Minister of Environment, and networking on Stelios’ terrace

JCI is a non-profit organisation that counts 200,000 members, between the age of 18 to 40, worldwide. More than 120 countries are involved, forming 5,000 local chapters that embrace the group’s mission to provide development opportunities to empower young people to create a positive change in our world.

American Dawn Hetzel takes this to heart, and especially wants to address the critical challenges facing the current work forces during her year long role as World President. “As the world President, it’s my job to travel and I’ll visit some 60 to 70 countries. I was invited to Monaco and despite the small size of Monaco: JCEM is very active and dynamic within the community. I’m here to support and encourage them.”

Ms Hetzel first joined JCI fifteen years ago. “Every step that I’ve taken at JCI has been about giving back to an organisation that has given me more than I could ever repay. A lot of people have believed in me and encouraged me to grow. And, as leaders in our community, it’s our obligation to help young people joining to see their potential.”

She added, “Stepping into this role is the ultimate gift I can give back to the organisation. It’s a humbling experience and an incredible opportunity.”

JCI is, as Ms Hetzel pointed out, a special group of individuals who are connected to and believe in something bigger than themselves.

As an example of the JCI spirit, Ms Hetzel mentions the active organisation in Syria, where the 20 members are realistic about their circumstances, but they have resilience and heart. JCI brings all people together, and despite the difference and conflict the group knows how to sit in a room together and work things out.

Ms Hetzel hopes she’s remembered in her Global President position for opening the dialogue on how we relate to the next generation, the Millennials, because in five years they will make the largest part of the workforce.

In a separate event, JCEM is hosting their second breakfast conference of the year, on Friday, June 23, in the exceptional setting of the Oceanography Museum.

The guest speaker, Marie-Pierre Gramaglia, Minister of the Environment, Work and Urban Development, will talk about “Energy transition of the Principality”, a policy being carried out by the government on three priority axes: mobility, waste treatment and energy efficiency in buildings.

The event is open to non-JCEM members, for which tickets are €25/ person; €20 for JCEM members as well as Candidate, Senator, JCEM Associate: 20 €

Registration, necessary before June 21, 2017, can be made online.

The following week, on Thursday, June 29, “Business Time Networking” will take place, joining forces with the Stelios Philanthropic Foundation for a cocktail-conference on Entrepreneurship and Philanthropy.

Described by the organisers as “an unforgettable event,” it will take place from 6:30 pm to 10 pm at Sir Stelios’ Terrace, with speeches, at 7 pm, given by Sir Stelios Haji-Ioannou, founder of the Stelios Philanthropic Foundation and Chairman of easyGroup, and Michael Bouquier, Head of Monaco Private Label and Senior Advisor at the Ministry of Finance and Economy.

The event, which is partnered with Your Private Driver, Monaco Receptions and BSI, is entirely in English. The cost is €20 for JCEM members and €25 for non-members. For any further information contact Laetitia Mikail: laetitia.mikail@jcemonaco.mc. 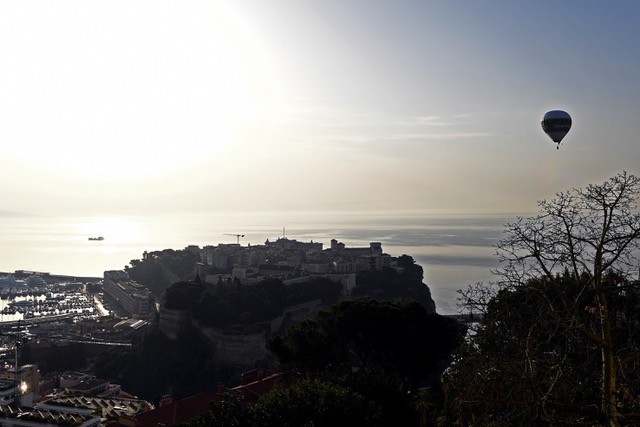 Photo: Manuel Vitali/DC[/caption] After 10 years of work and a test run in March, a world first took place on Sunday, April 29, at Place du Palais when an environmentally-friendly balloon took to the skies before flying to Piedmont, Italy. After two hours of preparation, the Monaco Aeronauts balloon took off at 7:30 am, in the presence of Prince Albert. The flight took place in very good weather conditions and concluded, three hours later, with a landing near the Italian municipality of Saluces, Piedmont. The two pilots, environmental enthusiasts Alain Cruteanschii and Guy Bouckaert, spoke of the privilege and the great honour of being able to see their project become reality. The balloon, equipped like a Boeing 747 – with a transponder allowing them to be spotted by control towers and aircraft – flew at a height of 5,700 metres. With an estimated temperature of -30°C, the pilots needed a constant supply of oxygen. The venture is part of the "Next Generation Project" by Monaco's Aeronauts and aims to pioneer a reduction in the the propane consumption of hot air balloon burners. The balloon has a double jacket that reduces energy loss, avoiding the escape of hot air to the outside. “Jeeper”, the model used, consumes only 20 kg per hour of propane instead of the usual 60.