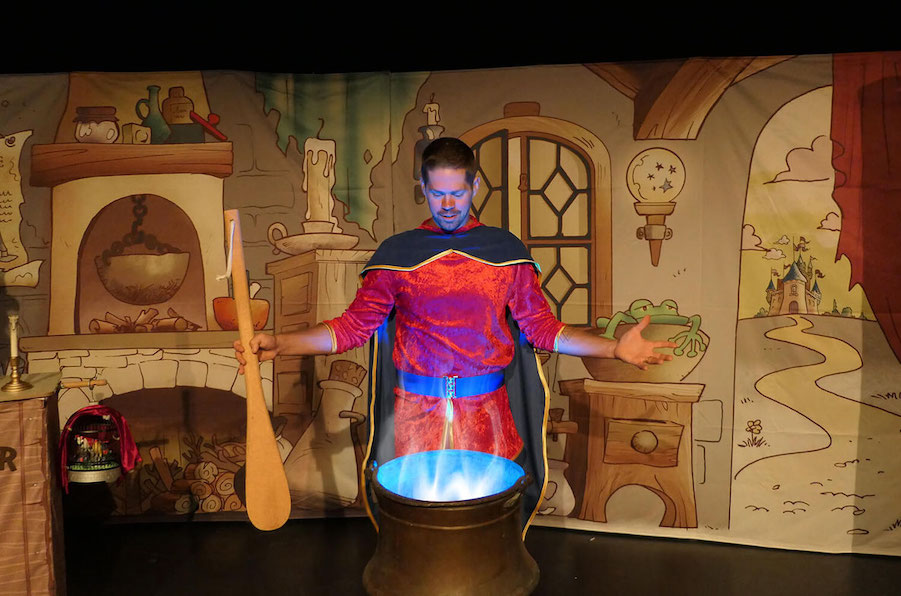 For the month of January, a series of shows and concerts are being organised by the Théâtre des Muses and the Philharmonic Opera to amuse the youngest residents of Monaco during these short winter days.

First up are two shows at the Théâtre des Muses. In the Kingdom of Merlin is written and performed by Nicolas Goubet and tells the story a prince who is far from charming. Neither rich, handsome nor strong, the prince endeavours to change his fate by visiting fabled magician Merlin who, along with his apprentices, help the prince be the man he wants to be in unexpected ways.

Also at the theatre by Nicolas Goubet is I’m Afraid of the Dark. This story revolves around Isadore, who is suffering from a serious bout of insomnia. Funny noises in the street, mysterious shadows in his room and toys who spring to life when he closes his eyes fill his mind, pushing out sleep and filling him with fear.

Goubet helps Isadore overcome his fears in a gentle way, turning the menacing environment into a blissful place.

Moving to the Rainier II Auditorium on Wednesday 19th January at 4pm is the Monte-Carlo Philharmonic Orchestra’s world premiere of I am Albert. This musical voyage takes the audience through a discovery of the rich and complex personality of Prince Albert I through two of his writings, a travelogue – La Carrière d’un Navigator, first published in several articles then in book form in 1902, and the Speech on the Ocean, a sort of scientific testament delivered on 25th April 1921 before the National Academy of Sciences in Washington DC.

The experience starts with his first command aboard the Hirondelle, his countless voyages and scientific missions in the Mediterranean and North Atlantic, but above all his first voyage to Spitsbergen, an archipelago located in the Arctic Ocean. This discovery was an extraordinary revelation for him and is strongly linked to his fight for the protection of the environment.