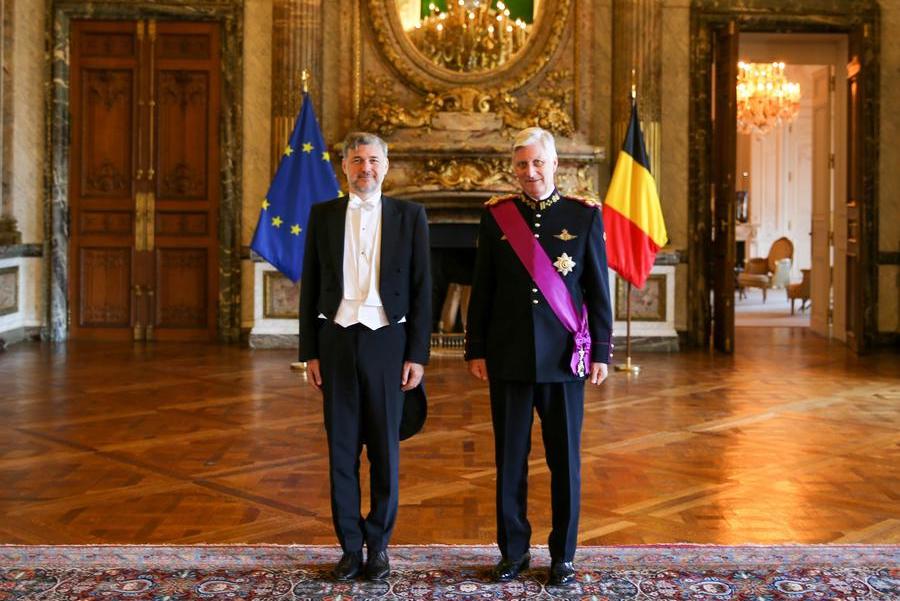 Monaco has sent Frédéric Labarrere to Belgium where King Philippe accepted his letters of credence for his new role as ambassador to the country.

On 29th June, the new Ambassador of the Principality of Monaco to the Kingdom of Belgium, Frédéric Labarrere, presented his Letters of Credence to His Majesty King Philippe, King of the Belgians.

The official ceremony was held in the beautiful salons of the Royal Palace in Brussels and was followed by a formal private meeting between the King and the new Ambassador.

The meeting touched on topics ranging from international geopolitical news, Monaco’s negotiations with the European Union, the major works in the Principality, and the commitment of Prince Albert II to environmental protection.

Ambassador Labarrere assured King Philippe of his commitment to maintaining and growing the ties between the two nations, which already have a solid base stretching back many years.

Labarrere has been Monaco’s representative in Germany and Poland and has also served as Monaco’s Permanent Representative to the United Nations and International Organisations in Vienna.