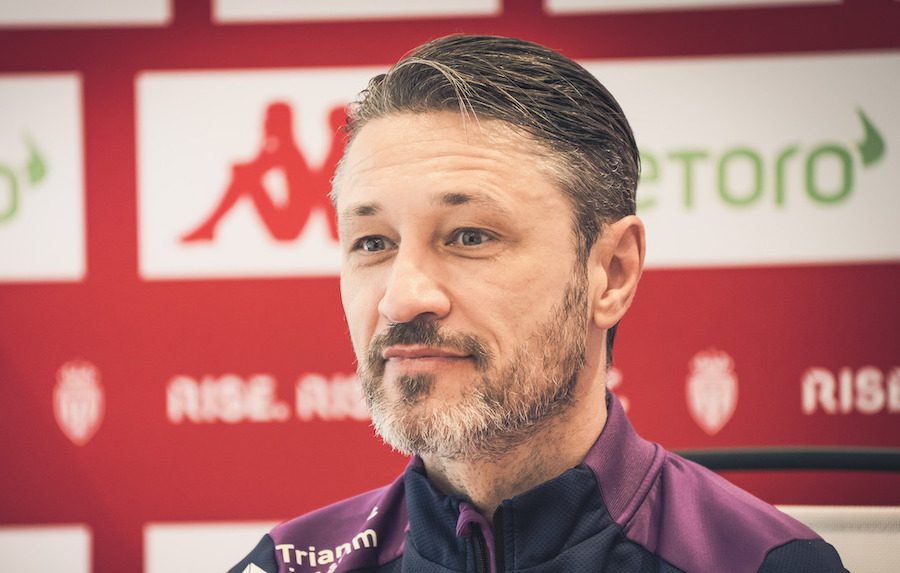 In a pre-match press conference ahead of AS Monaco’s home game against reigning French champions Lille OSC, manager Nico Kovac spoke about the difficult challenge that awaits them, as well as broaching topics such as their attacking issues and player fitness following the international break.
Having had a difficult run of form in the build-up to last weekend’s international break, Kovac is hoping for a reaction from his side, although that task is made difficult by the quality of the opponent. Lille are the reigning Ligue 1 champions, having pipped PSG to the title last year. However, similarly to Monaco who also attained a strong league position last year, Lille have had difficulty recreating their form.
Hindered by various departures including that of their manager Christophe Galtier, who departed to join OGC Nice in the summer, as well as high-profile playing staff such as Boubakary Soumaré and Mike Maignan, their form this year sees them sitting directly below AS Monaco in the table in 12th.
Despite this, Kovac is aware of the task that awaits his side on Friday evening. “Currently, we are in a similar position to Lille. It will be a complicated match, difficult for both sides, but I want to once again stay positive,” he said.
The major challenge facing Kovac during the international break has been trying to remedy their attacking issues. Prior to the break, they had failed to register in three matches, the only saving grace being their strong defensive performances, which yielded two consecutive clean sheets. “I know we lacked efficiency… The group has worked a lot on attacking movements. Sometimes in football it is quite simple, you just need to click.”
If they are to click against Lille, they will have to do so without the suspended Aleksandr Golovin; the influential playmaker is joined by Benoit Badiashile in being suspended for the fixture. Apart from that, Kovac has a full squad to choose from. “All have come back in good fitness, without physical problems. They have also come back in good spirits and with a certain mental freshness.”
Sofiane Diop in particular had a fruitful international break, scoring twice for the France U21 side; he will be hoping to carry that form into his club football. Aurélien Tchouaméni also had a positive international break as he further cemented himself in Didier Deschamps plans for the 2022 Qatar World Cup, as he made one start and one substitute appearance.
The absence of Badiashile, who featured prominently for the French U21 side, will be a significant loss in ASM’s back three as they come up against the prolific strike partnership of Jonathan David and Burak Yilmaz, the former having netted eight times already in Ligue 1 this season.
The match, which kicks-off at 9pm on Friday at the Stade Louis II, should provide some fascinating match-ups. Given the importance that Kovac has attributed to producing an attacking display, the match is likely to be an entertaining, albeit tense affair, as both sides look for a welcome return to form.