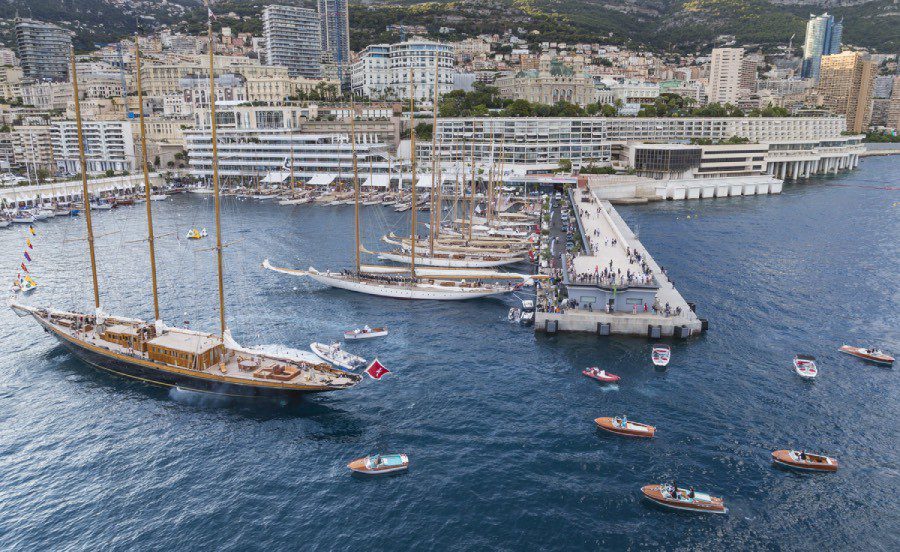 La Belle Classe, organised each year by the Yacht Club of Monaco for the Monaco Classic Week, blends the country’s traditional maritime past with its environmentally minded future.
Created in 1994, La Belle Classe brings together rarely seen boats from yesterday for all to admire and to reminisce over, all in one place – the Baie de Monaco, during Monaco Classic Week.
Running from 8th to 12th September, spectators can feast their eyes on meticulously maintained and restored classic sailing yachts, 12-foot dinghies, period motor yachts and stunning motorboats along the southern quay of the Yacht Club of Monaco’s (YCM) marina.
In addition to the spectacle of the boats, the week is also a celebration of the Art de Vivre la Mer philosophy of YCM, where they alternate events at sea with technical inspections, a culinary competition, the arts and elegance in general.
“It is this sort of event that repositions Monaco as the city it was conceived to be, one centred around the harbour,” says Yacht Club de Monaco’s General Secretary Bernard d’Alessandri. “Monaco is a yachting destination for both modern and traditional yachts.”
Owners are encouraged to come together at the event for discussions that are centred around “respect for etiquette at sea, safeguarding the environment, honouring our sailing heritage and promoting the very latest technologies.”
Members of La Belle Classe, a biennial event, are deemed special in their commitment to courtesy and respect for others on the sea and for the sea itself, combined with old-fashioned style. To show their desire to be part of this “club” members have made pledges by signing a charter to build the future.
On the eco-friendly front, YCM Explorer Awards given by La Belle Classe Superyachts recognise owners who take their environmental responsibilities seriously. They are presented by the Club’s President, HSH Prince Albert II, at the end of a one-day Environmental Symposium, organised by the YCM during Monaco Ocean Week in March.