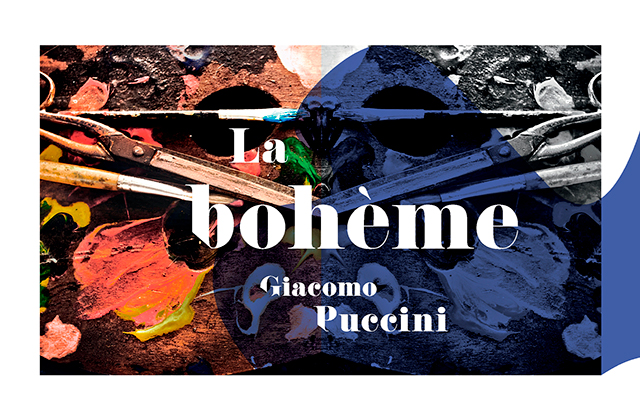 Puccini’s classic, first brought to life in 1896 and recognised today as one of the world’s greatest operas, is being brought to life for four nights later this month at the Salle Garnier of the Opera de Monte-Carlo.
Organised by the Opera de Monte-Carlo and featuring Irina Lungu, Mariam Battistelli, Andeka Gorrotxategi, Davide Luciano, Boris Pinkhasovich, Nicolas Courjal, Fabrice Alibert, Guy Bonfiglio, the Chorus of the Opéra de Monte-Carlo, the Children’s Choir of the Rainier III Academy and the Monte-Carlo Philharmonic Orchestra conducted by Daniele Callegari, this epic Italian opera is one everyone should see at least once in a lifetime.
Giacomo Puccini’s fourth opera ranks amongst his best-loved and is a benchmark of the Italian lyrical repertoire. The tragic love story set in 1830’s Paris tells the tale of four creative friends living in a shabby garret and without a nickel to rub between them for food or rent. When one of their number, Schaunard returns home on Christmas Eve with cash in hand, the friends decide to splurge on a meal out. Poet Rodolpho remains behind to finish his writing when a knock at the door interrupts him. He opens the door to find Mimí, his seamstress neighbour with whom he instantly falls in love.
Mimí and Rodolpho are happy together for a time, but Rodolpho sees that Mimí has tuberculosis, and is cruel to her in an attempt to get her to dump him and find a wealthy patron who will care for her better than he can.
His ploy works and he resumes life in the garret with a sad heart. Mimí does, in fact, find a rich count who takes care of the dying girl. As the end for her nears, she is brought back to the fold by a girlfriend of one of Rodolpho’s friends. There, she dies with her true love and true friends.
Their misfortunes and joys are presented in such an authentic and touching way as to involve the audience at the deepest levels. The opera represents one of Puccini’s greatest triumphs and plays today as it did over a century ago.
The gala opening will be Friday 24th January at 8pm, followed by performances on Wednesday, 29th January at 8pm, Sunday, 26th January and 3pm and Friday 31 January at 8pm.
For more info and tickets, visit www.opera.mc