It was standing room only at MonacoUSA’s cabaret evening at Stars’n’Bars on Tuesday, with guests were on their feet for most of the 2-hour show, dancing, clapping and swaying arm-in-arm to the music of popular films, from Putting on the Ritz (1930) to Trolls (2016).

The five artists performing – Colette Marx-Nielsen, Matt Firth, Paul Spicer, Marieke Van den Wall Bake and Alicia Sedgwick – have sung and danced at major venues throughout Europe and are now based in the South of France.

Special guests of the evening were organisers of the Monte Carlo Television Festival, who generously offered VIP passes to a lucky tombola winner.

MonacoUSA Director Annette Anderson said, “Tonight was all about community. Tonight, everybody in the room from the millionaire to a young student got a chance to dance and sing along to music that brings us together.”

More than a dozen team members of the TEDxMonteCarlo, which was held on November 11, were also on hand. Like the musical performances of the evening, both the TV Festival and TEDxMonteCarlo enjoy international acclaim but they equally welcome local residents to participate and enjoy.

Local News Staff Writer - April 17, 2018
Following the offer from AS Monaco to refund ticket and travel costs to supporters who watched the 7-1 massacre at Paris Saint-Germain on Sunday, April 15, the official supporters' club has urged fans to reject the club's offer to reimburse them. The Supporters’ Club went further in a message to its members in suggesting that Monaco players perform better when playing for their national teams. The Club said that if fans turned down the offer of a refund it would demonstrate their love of the club. In a Facebook posting on Monday, the club wrote: “Yesterday evening, like two years ago in Lyon, our players took themselves for tennis players. That's intolerable in our eyes.” The 7-1 defeat of last year’s Ligue 1 champions still leaves Monaco in second place, four points on front of L:yon and Marseille, and with the chance of redemption in the group stages of the Champions League. 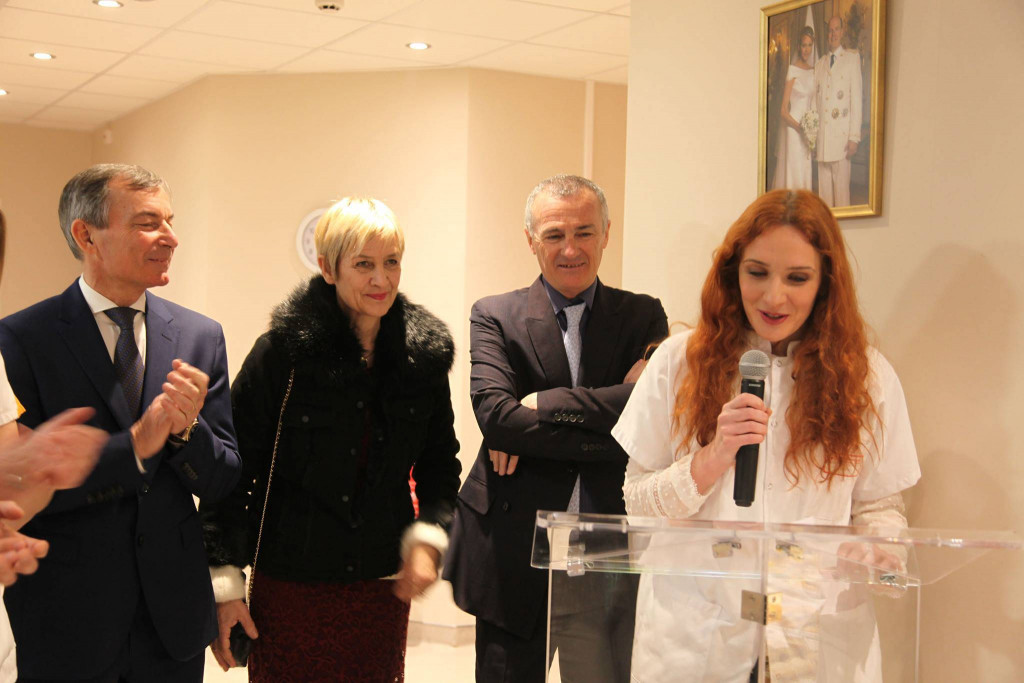 Dr Cécile Ortholan. Photo: Facebook Centre Hospitalier Princesse Grace - CHPG[/caption] The new treatment area of the Radiotherapy Department of the Princess Grace Hospital (CHPG), which has been completely renovated, was inaugurated on Tuesday, March 27, and named “Treatment Soace Michel Héry”, in tribute to the former head of department, who died in 2013. Dr Cécile Ortholan, current Head of the Department of Radiotherapy, made a tribute to her predecessor, in the presence of Minister for Social Affairs and Health Didier Gamerdinger, the Director of the Princess Grace Hospital Patrick Bini, and the widow of Michel Héry: “Michel Héry was one of the pioneers of radiotherapy, a builder and visionary. He founded the Radiotherapy Department 25 years ago at the CHPG and treated many patients with humanity and rigour. “He has also participated in the creation of two congresses: the Biennale of Oncology and Monaco Age Oncology.” [caption id="attachment_29734" align="alignnone" width="640"]