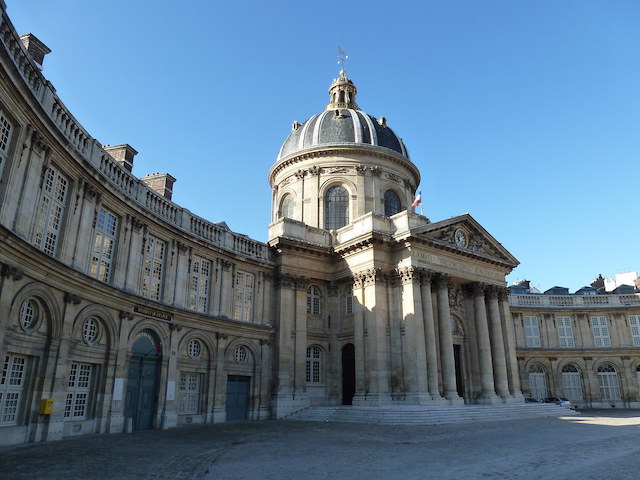 The French Academy has officially given Covid-19 a female gender, discouraging further usage of “le” disease.
On 11th February, the World Health Organisation (WHO) decided that the new 2019-nCoV acute respiratory disease wreaking havoc in China would be named Covid-19. But it had yet to reach pandemic levels in Europe, so the gender of Covid-19 remained unclear: was it masculine or feminine?
Over the following weeks, the media, politicians, health care workers and authorities in France generally opted for the male gender, regularly referring to “le” Covid-19.
Now, the official guardian of the French language, the Academie Francaise, is urging an end to the widespread practice of referring to it as masculine.
“The use of the feminine would be preferable,” the French Academy said in a directive published on its website under the category “faulty use”.
“It is perhaps not too late to give this acronym back the gender it should have.”
The academy explains that Covid is an acronym for coronavirus disease and, in French grammar, the core word in an acronym is what gives it its gender – in this case, disease, which is a feminine “la maladie”.
In Canada, Prime Minister Justin Trudeau, government websites and the media use the feminine form. The Royal Spanish Academy has issued similar guidance, citing the same grammar rationale.
The French Academy consists of 40 members, mostly elderly men, who generally hold their positions for life and who refer to themselves as “the immortals”.
The academy has attracted criticism over the years for being too conservative and for trying to prevent the Anglicisation of the French language, most notably its recommendation to avoid “loanwords” from modern English such as computer, software and e-mail.
Only last year did the academy end centuries of male linguistic dominance by allowing feminine words for all professions, opening the door for French women doctors to be referred to as “docteures” and teachers as “professeures” in its official dictionary, which currently lists “presidente” as the wife of a head of state rather than a female leader of a country.